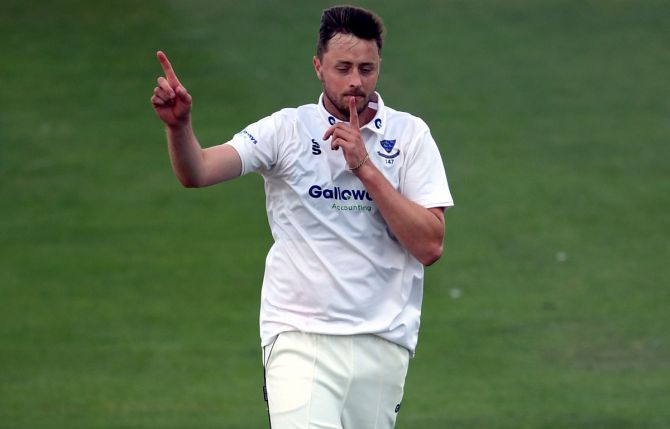 England have named uncapped seam bowler Ollie Robinson in their 14-man squad to replace all-rounder Ben Stokes for the second Test against Pakistan starting on Thursday, the England and Wales Cricket Board (ECB) said on Wednesday.

Stokes has been ruled out of the remaining two games of the three-match series at the Ageas Bowl in Southampton for family reasons and the ECB said he would shortly fly to New Zealand, the country of his birth.

Sussex paceman Robinson, 26, made his first-class debut in 2015 and has played 57 matches.

England sealed an unlikely three-wicket victory in the first Test after slumping to 117-5 at one point in their chase of 277 to take a 1-0 lead in the series.

© Copyright 2021 Reuters Limited. All rights reserved. Republication or redistribution of Reuters content, including by framing or similar means, is expressly prohibited without the prior written consent of Reuters. Reuters shall not be liable for any errors or delays in the content, or for any actions taken in reliance thereon.
Related News: Ollie Robinson, ECB, England, Sussex, Wales Cricket Board
SHARE THIS STORYCOMMENT
Print this article