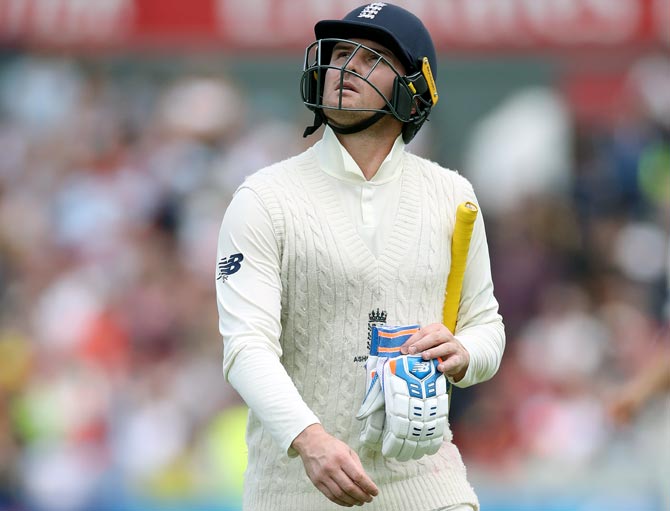 IMAGE: Jason Roy's omission is no great surprise as he has struggled throughout the series having started it as an opening batsman. Photograph: Carl Recine/Reuters

England have dropped bastman Jason Roy for the fifth and final Ashes Test starting at the Oval on Thursday as they try and square the series.

Roy is one of two changes to the side that lost the fourth Test at Old Trafford on Sunday, with bowler Craig Overton also missing out.

They are replaced by all rounder Sam Curran and Chris Woakes. Ben Stokes will play as a batsman only after injuring his shoulder at Old Trafford.

Australia, who have retained the Ashes after taking a 2-1 lead by winning in Manchester, make one change with all rounder Mitch Marsh coming in to replace Travis Head.

Roy's omission is no great surprise as he has struggled throughout the series having started it as an opening batsman.

He has scored 110 runs in eight innings with a top score of 31 at Old Trafford when he dropped down the order.

England are trying to avoid a home series defeat by Australia for the first time since 2001.

© Copyright 2020 Reuters Limited. All rights reserved. Republication or redistribution of Reuters content, including by framing or similar means, is expressly prohibited without the prior written consent of Reuters. Reuters shall not be liable for any errors or delays in the content, or for any actions taken in reliance thereon.
Related News: Chris Woakes, Sam Curran, Jason Roy, Old Trafford, Craig Overton
SHARE THIS STORYCOMMENT
Print this article 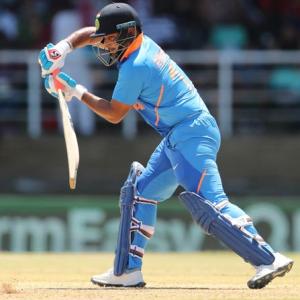