IMAGE: Dhoni was criticised over the past few days over his slow strike-rate during the middle overs period. Photograph: Cricket World Cup/Twitter

India were handed their first defeat in the ongoing ICC Cricket World Cup as the side lost to England by 31 runs on Sunday at Edgbaston.

Mahendra Singh Dhoni who has come under scrutiny for his slow tempo in India's matches once again became the talk of the town as the wicket-keeper batsman was seen playing in his own pace. The batsman managed to score 42 runs from 31 balls, but he was clearly seen not looking for boundaries in the final overs. This approach by the former captain is being widely scrutinised on Twitter.

"If there was any team that had the ability to stop India's winning run, it was England. Dhoni's approach in the last few overs, however, was baffling," former Indian cricketer Sanjay Manjrekar tweeted.

"Dhoni fans after watching no intent from him to win the match #INDvENG," one Twitter user wrote.

"Dhoni please come back to Test cricket and retire from ODI, We badly need you in Test #INDvENG," another Twitter user wrote.

"Nasir Hussain: "I don't understand what Dhoni is doing? At least give it a go! Now the fans are leaving, Sourav Ganguly: "I have no explanation for this" #Dhoni," another fan tweeted.

In the match against West Indies, Dhoni took his time, but he was able to silence his critics by smashing 16 runs in the final over of the innings.

In the match between India and England, the latter won the toss and opted to bat first. England went on to post a challenging score of 337 runs for the loss of seven wickets in the allotted fifty overs.

Jason Roy and Jonny Bairstow gave England solid base at the top as they stitched together a partnership of 160 runs. Roy was dismissed for 66 whereas Bairstow went on to score a century.

Bairstow was sent back to the pavilion after playing a knock of 111 runs, but Ben Stokes played a 79-run innings to propel England to more than 330 runs.

But India fell short by 31 runs in the end. This win has enabled England to reach the fourth spot in the tournament standings.

India will next face Bangladesh on July 2. 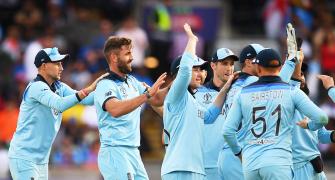 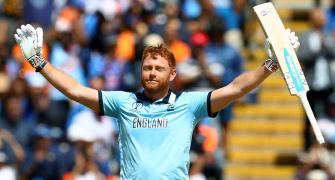 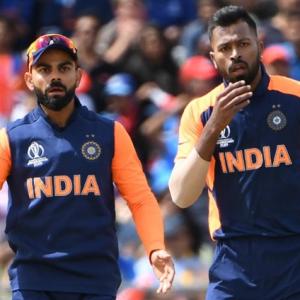 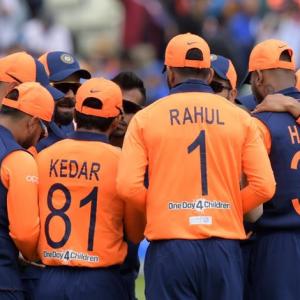