Dhawan talks to himself? Check out Rohit's secret video 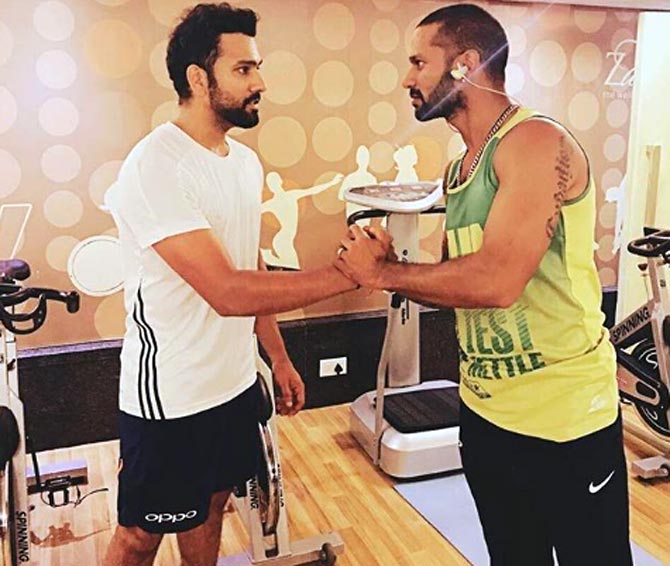 Rohit Sharma caught his opening partner Shikhar Dhawan off-guard as he caught his team-mate talking to himself with his eyes closed on a flight.

"No no he isn't talking to me! And he's too old to have an imaginary friend. Why so loco jattji @shikhardofficial," Rohit Sharma said in the video posted on Instagram.

Dhawan sought to clear the confusion, saying he was just practicing reciting some poetry when Rohit caught him on cam.

Rohit's post had the Indian cricket fans and his team-mates in splits as they enjoyed the funny banter between the two Indian openers.

The two will be seen in action together when India takes on South Africa in the third and final T20I in Bengaluru on Sunday. The hosts lead the three-match series 1-0 after their victory in the second T20I in Mohali after the opening game in Mohali was washed out due to rain. 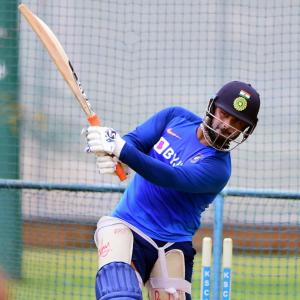 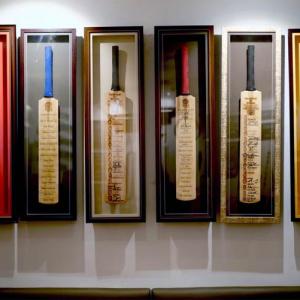