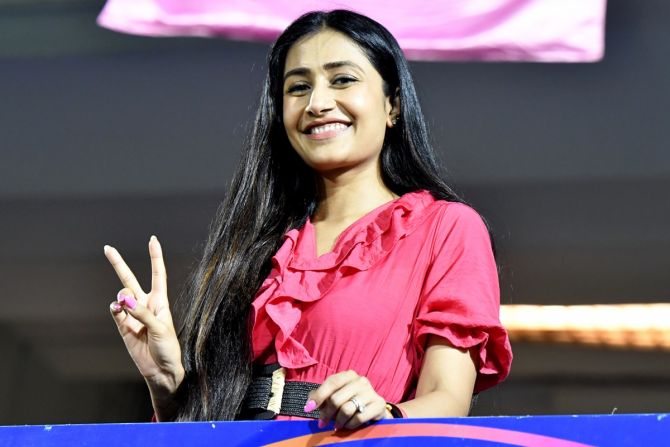 While the action is at an all-time high in IPL 2022, no team arguably enjoys as much support in the wife and girlfriends box as the Rajasthan Royals does.

Dhanashree Verma has been spotted at all RR games where her husband, the current holder of the Aramco Purple Cap for most wickets in IPL 2022, dazzles with his leg-spin. Perhaps the most animated lady in the Royals box is Lara van der Dussen who, undettered by the fact that her husband Rassie has not featured in many RR games this season, is spotted cheering the Royals with more passion sometimes than the entire RR family.

Also spotted is Louise Webber, whose husband doesn't look like giving up the Aramco Orange Cap for most runs scored this season. 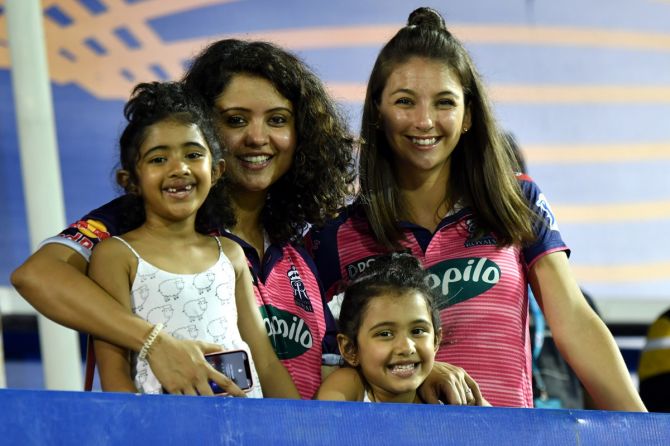 Another constant presence is Prithi Narayanan with her daughters Akhira and Aadhya.

On Sunday, May 15, 2022, at the Brabourne stadium, Prithi, her kids and Lara were in the forefront cheering the Royals on. 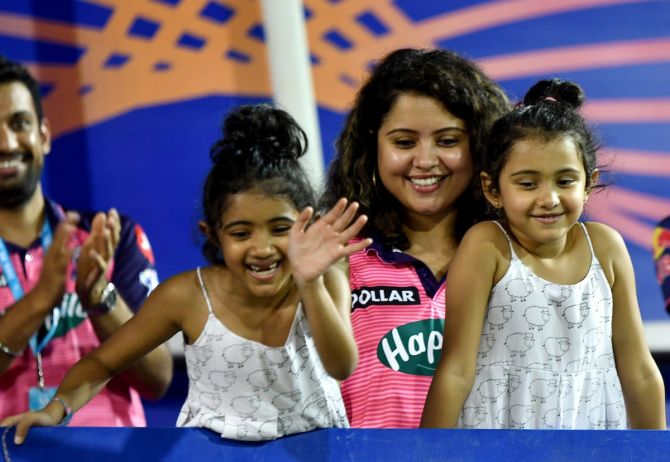 Perhaps the cutest image the Star Sports television cameras captured at the end of the Royals-Lucknow Super Giants game was RR Ceo Jake Lush McCrum exchanging high fives with Aadhya Ashwin, all of 5. 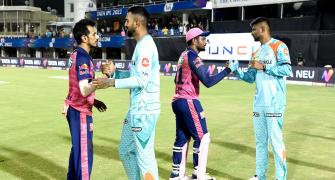 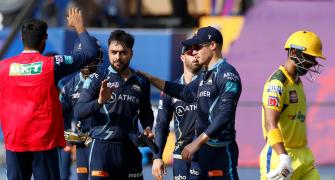 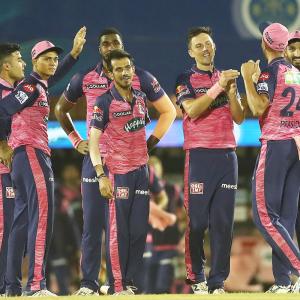