IMAGE: Virat Kohli made 43 off 39 balls against Delhi Capitals on Monday. Photograph: BCCI

After stumbling to a 59-run defeat against Delhi Capitals, Royal Challengers Bangalore (RCB) wicket-keeper batsman AB de Villiers admitted that the side failed to adapt with both the bat and ball in hand.

RCB failed to chase down 196 runs and were restricted to 137/9. No batsmen got going for RCB and only Virat Kohli got among the runs as he played a knock of 43. AB de Villiers had an off day with the bat in hand as he just managed to score nine runs. He was sent back to the pavilion by Anrich Nortje. For Delhi, Kagiso Rabada was the pick of the bowlers, returning with figures of 4-24.

"Yeah, I felt 196 was definitely over par. You must give credit to Delhi Capitals, they started really well in the first six overs, we did well to pull it back. I think we were really slow to adapt with our defensive bowling, it was one of those wickets where you needed to utilise the conditions, bowl it into the deck to get some purchase out of it and unfortunately, we leaked 20 more runs above par," de Villiers said in the post-match press conference.

"I think Delhi batted well, as I said we pulled it back nicely and we had a chance to put pressure on them, we just did not execute really well, we did not utilise the conditions as we could have. It was one of those days where we did not get our skills right, we dropped a few catches, there were few fumbles in the field as well and it ultimately cost us 20-30 runs which could have been a different story in the second department, but we did not bat well too, so just a bad day at the office," he added.

In the match between RCB and Delhi Capitals, the former won the toss and opted to bowl first. Talking about the decision to chase against Delhi, de Villiers said: "Chennai won on Sunday while chasing, even in our match against Mumbai, we got a very good total of 200+, Mumbai was very close to chasing it down. It wasn't that dewy against Delhi Capitals, I don't think it got wet in the second innings at all, it's not an excuse."

"We did not bat well and we were not able to string any partnership. We were expecting a little dew and it would have made it difficult for the Delhi bowlers. Look, it was a fair game and it was dry throughout the 40 overs, Delhi were a better team against us. We were thinking that the dew might come in and that is why we opted to chase," he added. IMAGE: Washington Sundar returned with figures of 0 for 20 and was the pick of the bowlers for RCB. Photograph: BCCI

For RCB, Mohammad Siraj was the pick of the bowlers as he scalped two wickets. Both the in-form bowlers like Yuzvendra Chahal and Navdeep Saini had an off day for RCB. Both Chahal and Saini did not even complete their quota of four overs.

"Yuzi is a world-class bowler, he is right up there as one of the best bowlers in the tournament, we had a lot of options, Virat had a lot of options to turn to, it is just about matchups as to who is bowling to what batter at certain times. Every time Virat gives the ball to someone, he feels that bowler is right for the situation, I don't think we need to read into it too much, it was a matter of situation out there. You don't always get decisions right, I am also a part of the decision-making process, I am also into Virat's ear and we felt we made the right bowling changes. It came down to execution that was not spot on today," said de Villiers.

Only Washington Sundar was able to show some fight and grit with the ball as he returned with the figures of 0-20 from his four overs. Talking about the off-spinner, de Villiers said: "Washington Sundar's bowling is amazing, his bowling has come a long way since I first met him, he is very clear with his gameplan, he loves bowling with the new ball with the openers trying to take him on and he just seems to be very clear with what he is trying to achieve with the ball in hand. It's working for him at the moment, I feel he is going to go strength from strength in this tournament." 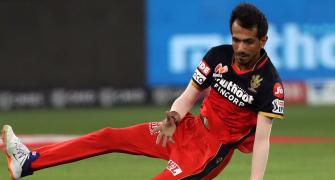 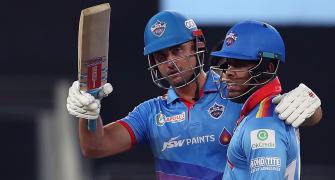 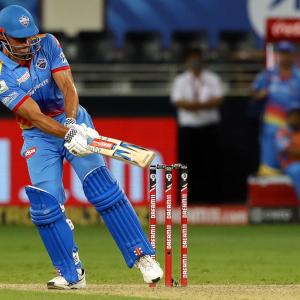