'I love waking up every day and knowing I'm playing for Australia, and I wouldn't change a thing.' David Warner was named Australia’s cricketer of the year as he won the 2016 Allan Border Medal, while also being honoured with the Test Player of the Year award, in Melbourne, on Wednesday.

The opening batsman polled an overall 240 votes in the Allan Border Medal count, 21 more than Steve Smith and 57 ahead of third-placed Mitchell Starc.

The left-hander claimed a grand double as he was also named Australia’s Test Player of the Year.

"My heart is racing. I honestly thought Smudge (Smith) had a terrific year and he would have taken this out," Warner said.

"People said to me I could have been one of the greats of the game but I just sat there and let it go through my ears. You can only control what you control on the field. "

Warner also paid tribute to wife Candice, with whom the pair have two daughters, Ivy Mae and newborn Indie Rae.

"I probably wouldn't be playing cricket today without you," he said.

"I love waking up every day and knowing I'm playing for Australia, and I wouldn't change a thing," Warner added.

However, Smith went through the night without an individual award, with Glenn Maxwell picking up the One Day International Player of the Year Award.

The award winners were as follows: 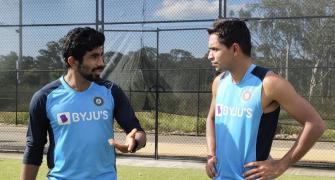 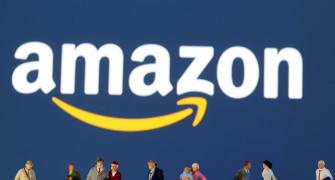