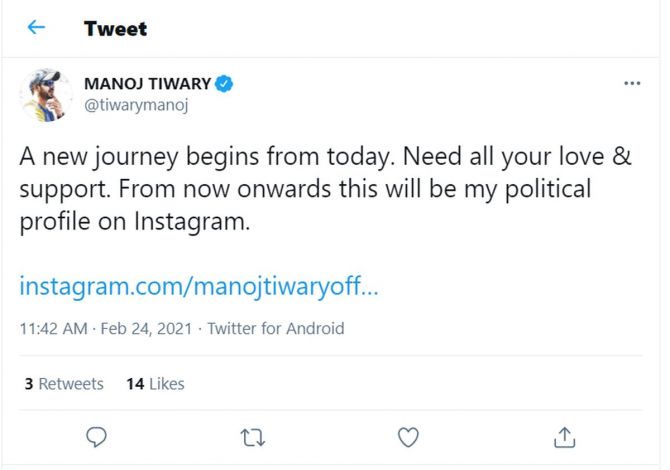 'A new journey begins from today. Need all your love & support. From now onwards this will be my political profile on Instagram,' Tiwary tweeted.

Tiwary is in line to contest the Bengal assembly election from a constituency in Howrah district.

Tiwary has represented India in white-ball cricket and Bengal in Ranji Trophy cricket.

The 35-year-old cricketer had slammed celebrities for their seemingly co-ordinated tweets against the farmers' protests.

Tiwary is being seen as a replacement for cricketer Laxmi Ratan Shukla who recently quit his ministerial post and also resigned as president of the Howrah Zilla Trinamool Congress (Sadar) unit.

In a letter to TMC Chairperson Mamata Banerjee, Shukla said he was taking a break from politics as he wanted to concentrate more on cricket. 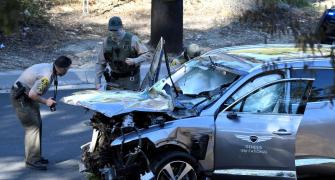 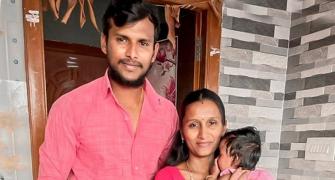 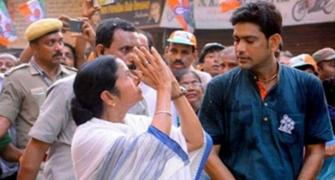 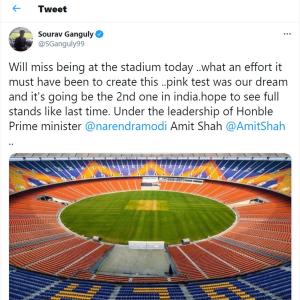 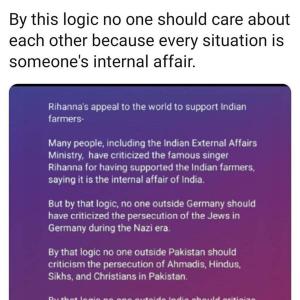