Accepting his "mistake" after being banned for his racial remarks against a South African cricketer, banned Pakistan captain Sarfraz Ahmed on Tuesday said that he has learnt a lesson from the unsavoury episode.

Soon after returning from South Africa, Sarfaraz has said that he has realised his mistake and that is why he had immediately apologised publicly after the episode.

"It was a mistake and I have learnt from it," Sarfraz told reporters.

Sarfaraz, who is Pakistan's permanent captain in all three formats, has been forced to return home after the ICC had imposed a four-match ban on him for making racially motivated comments about Andile Phehlukwayo during the third ODI in Durban.

The Pakistan Cricket Board (PCB) was quick to express its utter disappointment about the ICC's decision to ban Sarfaraz, noting that he had apologised immediately for his remarks to the South African team and also went and met with Phehlukwayo and expressed regrets to him.

Sarfraz thanked PCB for its support but his supporters raised slogans against the ICC for the ban soon after his forced return to the country.

"I am thankful to the PCB for the way they have handled this case," Sarfaraz said.

"I also accept the ICC decision to ban me for four matches and for me that issue is closed but I will do whatever the PCB tells me to do," he added.

Sarfaraz had returned home from South Africa to a rousing and emotional welcome from his supporters.

Around a 100 people holding banners and placards in favour of Sarfaraz and against the ICC were at the Karachi airport to greet him when he came out of the terminal building.

Slogans were raised in his favour with some shouting loudly that Sarfaraz is the permanent captain of the team and no one should think about removing him.

Pakistan will still have the third and final T20 international to play against South Africa on February 6 after the ban on Sarfaraz ends, but the PCB has called him back and appointed veteran Shoaib Malik to lead the team in his absence.

Malik led the team to victory in the fourth ODI to level the five-match ODI series at 2-2 with the decider to be played on Wednesday.

Speculations are rife in Pakistan cricket that if Malik manages to win the ODI and T20 series, he could well be considered to lead Pakistan in the ICC World Cup in England, something which has greatly upset the supporters of Sarfaraz.

"I have no issues with the PCB decision to call me back. In a way I see it as a good chance to get some rest and prepare for the coming Pakistan Super League as I have been playing non-stop cricket for around five months now," Sarfraz said.

Asked about comments made by former fast bowler Shoaib Akhtar about him after the incident, Sarfaraz said what Akhtar had said had nothing to do with cricket and it was a personal attack.

"That is all I want to say," he said when asked again about the matter.

The PCB has kept quiet about the future of Sarfaraz as captain but an official noted that it was the policy of the board to appoint the skipper on a series-to-series basis.

Akram slams PCB for calling back Sarfaraz from South Africa

Former captain Wasim Akram on Tuesday slammed Pakistan Cricket Board's decision to call back Sarfaraz Ahmed from South Africa after he was handed a four-match ban for breaching the ICC's Anti-Racism Code.

Wasim said Sarfaraz should have avoided making the comments that he did in the third One-day International in Durban but it was wrong to speculate about his future in the Pakistan team.

"It was a wrong decision to call him back from South Africa when he could have played in the final T20 on February 6," said Akram.

"What Sarfaraz did was wrong but it is also a fact that more than anyone else, Pakistanis around the world hyped up his comments and created an issue," said the fast bowling great.

The former skipper, who is also on the PCB's cricket committee, was clear that Sarfaraz should remain the national team's captain.

"There is no need to change the captain before the World Cup. We need a long term captain not a short term one. Shoaib Malik is leading the team now and is doing a fine job but even he has said he will retire from ODis after the World Cup," he said.

Wasim said the only reason he was backing Sarfaraz was because he was a fighter and had led the side with courage in all formats.

"He is still learning and will get better as he matures and gains more experience. It would be wrong to remove him as captain."

During the third ODI, Sarfaraz was caught on the stumps microphone as saying after Andile Phehlukwayo played a risky shot: "Hey black [man], where is your mother sitting? What prayer did you get her to say for you today? (Abbey kaale, teri ammi aaj kahan baitheen hain? Kya parhwa ke aya hai aaj tu?)".

The PCB has expressed its utter disappointment with the International Cricket Council (ICC) to ban Sarfaraz for four matches, noting that he had apologised immediately for his remarks to the South African team and even met with Phehlukwayo and expressed his regrets to him. 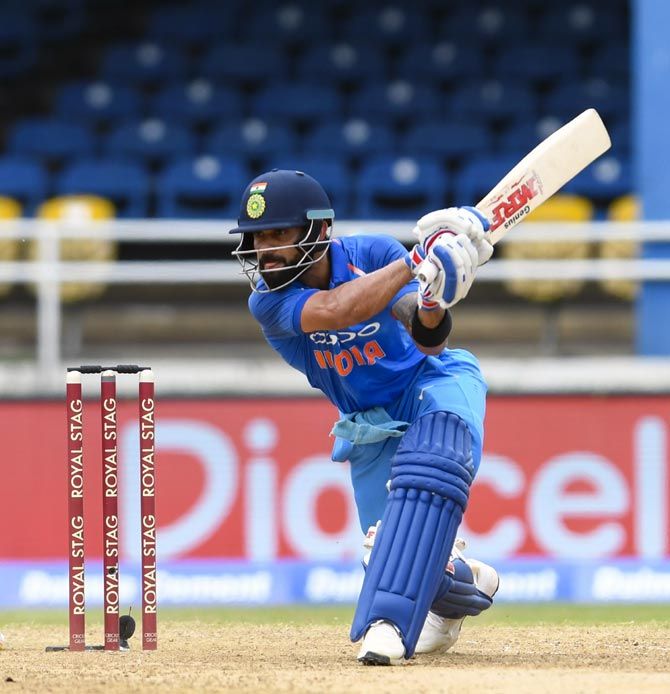 Young England fast bowler Tom Curran has described Virat Kohli as an "unbelievable player" and hopes to dismiss the India captain when the two teams face-off in the future.

Curran spoke to media after the ICC announced the fixtures of the T20 World Cup in Australia next year.

India are England are clubbed in the same pool alongside South Africa, Afghanistan and two other teams who are yet to be confirmed.

When asked Curran how he hopes to get the prized scalp of Kohli, the 23-year-old right-arm pacer said: "Hopefully not with a no-ball! We'll see. He's an unbelievable player."

The ICC event will be played in Australia from October 18 to November 15 next year.

India will face off against England at the Melbourne Cricket Ground on November 1.

The tournament will be played as a stand-alone event after the women's T20 World Cup and Curran can't wait to be a part of a world event.

"All the games are so exciting, the crowd will be phenomenal and to be a part of it will be amazing. Playing T20s in Australia is unbelievable. We saw the excitement during the 50-over World Cup (in 2015) created here," Curran said at the launch of the fixtures of the 2020 edition of the tournament Sydney.

"Australia have some of the most unbelievable stadiums in the world. To experience it properly in the Big Bash season has been amazing for me," he added. 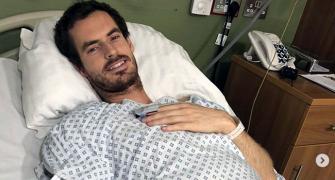 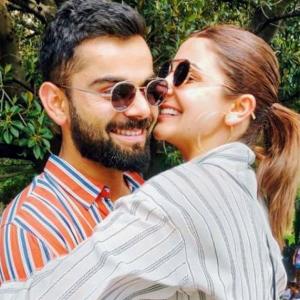