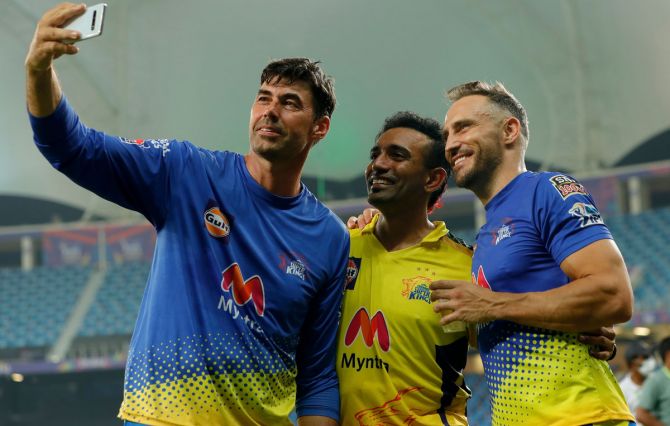 IPL champions for a fourth time, Chennai Super Kings coach Stephen Fleming says the secret of his ageing warriors' success is that they rely more on gut feel and interpersonal relationships instead of going too deeply into analytics and numbers.

Fleming was a proud and satisfied man after his old brigade, led by 40-year-old talisman in Mahendra Singh Dhoni, claimed the title on Friday, outplaying Kolkata Knight Riders by 27 runs.

"There was criticism about the age of our squad but it's rewarding to finish the four-year cycle with the trophy," Fleming said.

"Experience is important, guys who have been there and done it before add so much. We don't get too deep into analytics and numbers, we go with gut feel and developing relationships with players. It's old school but it works for us."

Fleming said all the four IPL titles are special to him but the current one holds greater significance as it was bagged by a side, which was written off at the start of the tournament.

"It is very hard to rank them (the titles). It is also special because you work so hard and the result of a lot of hard work, so they are all very special," Fleming said after the final in Dubai.

"I think, the one win in 2018, coming back, was very emotional but there is a lot of hard work in this one. I don't think a lot of people had any hopes from us to be able to maintain our competitiveness during this cycle. We were pretty much written off.

"So, there is little bit of satisfaction around that and a lot of pride in what the players have been able to achieve and maintain the standards over a number of months and that was a challenge for an ageing side. I am really proud about what they did and in the way they played," he added.

Fleming said the title was a recognition of the hard work that the squad has put in and hinted that there will be a few changes in the team next year.

"There is emotion around, I think when you get to an end of a cycle, you are not going to get some players back, so there (was) some emotions around these last games. When you win it, it is celebration and also recognition of what players have put in," he said.

"Chennai always had a system or belief that you maintain players and keep them with you for a long period of time, you get the best out of them. There are some players that have been with us for a long time.

"It will be interesting to see over the next few months how it pans out but most teams are probably going to have a bit of change to them."

The former New Zealand captain, who also won his fourth title with CSK as head coach, said the opening partnership between South African veteran Faf du Plessis and the young Ruturaj Gaikwad was one of the reasons for the team's success.

He also lavished praise on Ruturaj, who emerged as the highest run-getter this season.

"Yeah, I do (see him as the next star of Indian cricket). He is an absolute superstar already in my eyes. When we introduced him last year, people were little bit critical but we (had) such high expectations from him.

"We are really delighted that he finished off the season so well. He is a wonderful kid," said Fleming about the Pune-based opener.

"His craft this year, he mastered opening batting. With him and Faf (du Plessis) to score that many runs, it's one of the real reasons we won the IPL." 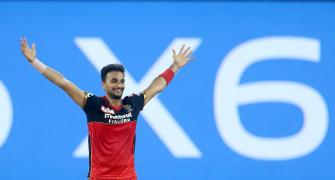 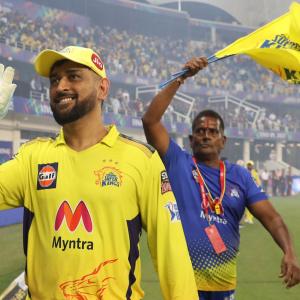 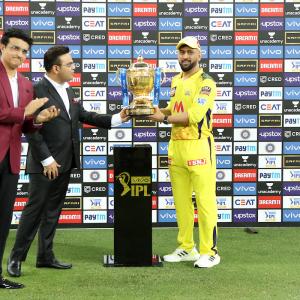