Australia, with 14 points from eight games, well-placed atop the table. 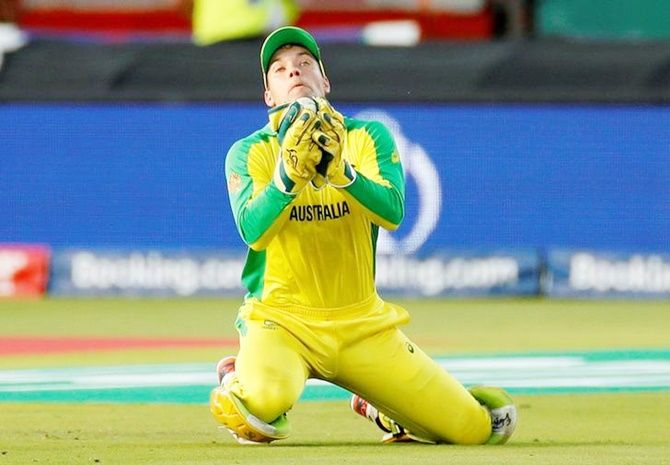 Alex Carey has yet to play a Test match. Indeed, he has played many fewer matches with a red ball than he has with white and made his name in the T20 Big Bash League.

But the 27-year-old left-hander is proving to be mature, adaptable and dependable for side.

The Australia wicketkeeper’s innings of 71 against New Zealand was the highest by an Australian No. 7 in an ICC Men’s World Cup and his stand with Usman Khawaja of 107 was Australia’s highest in the World Cup for the sixth wicket.

That Australia also broke their seventh-wicket World Cup record earlier in this tournament against West Indies, shows how deep they have had to dig to maintain their impressive progress to the semi-finals.

Carey, who was named Player of the Match, only made his ODI debut 18 months ago and also contributed handily in that 15-run win at Trent Bridge – and he needed to.

When the opportunity has to come play a more natural, aggressive game, Carey has done that too with punchy late-innings efforts against England, India, Bangladesh and Pakistan.

Usman Khawaja had 32 when Carey came to join him and as if to show that this noted big-hitter from South Australia was not totally becalmed, Carey overtook his partner in the 40th over when a glorious cover drive off Trent Boult took him to 64.

Two overs earlier, Carey had pulled Lockie Ferguson for four to overtake his previous ODI career best of 55 not out, set against India at The Oval three weeks ago.

One of the hallmarks of the all-conquering Australia sides of the past was their resilience and a belief they could recover from any position. Steve Waugh, a pivotal figure that era of success, was even moved to claim that Carey is a hybrid of two fine left-handers from his generation: the two Michaels, Bevan and Hussey. High praise indeed. Bevan and Hussey both had the game-sense, steely temperament and 360-degree vision to shape or finish countless games.

The paradox of Australia’s disappointment at losing an early wicket – only the second time in the tournament that their openers had failed to amass 50 or more – was that Khawaja had the time to play a Test-style innings, rather than coming in towards the end of the 50 overs and being required to click into gear immediately.

How different things might have been, though, if Martin Guptill, at second slip, had held on to the edge from Khawaja’s second ball. It was one of two drops by Guptill before he pulled off a scarcely believable one-handed grab to dismiss Steve Smith at leg gully.

Amid the frenetic first half of Australia’s innings, Khawaja was a calming, watchful influence, hitting two boundaries in his first 116 balls and only five overall in his 129 balls. He deserved a century but had to content himself with 88 before he became the first victim in Trent Boult’s terrific hat-trick of yorkers.

With the keeping gloves, Carey had a mixed evening. Two chances to dismiss Kane Williamson went down – one edge off Nathan Lyon clipped Carey’s gloves and deceived Steve Smith at slip before the keeper just got his right hand to an edge off Jason Behrendorff.

But Carey made no mistake when the next Williamson edge came, off Mitchell Starc in the first over of his second spell. And he did excellently not to spill the top-edge that Ross Taylor launched high into the azure north London sky off Pat Cummins. Carey barely had to move but he did have to wait … and wait. Jockeying for position beneath the white ball as it hurtled down to earth, he fell forward with ball safely in gloves and a wry smile of relief across his face as it lifted from the Lord’s turf.

He was not the only Australian smiling by the end. 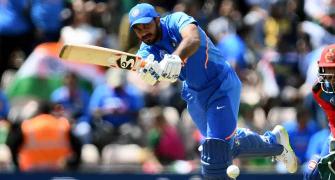 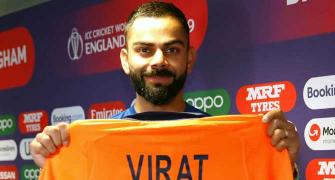 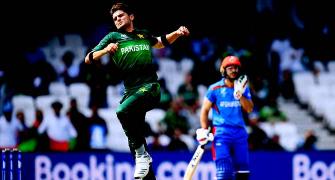 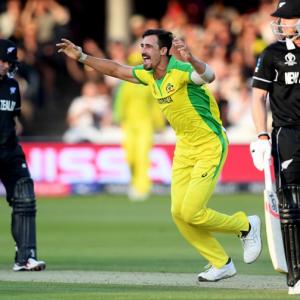 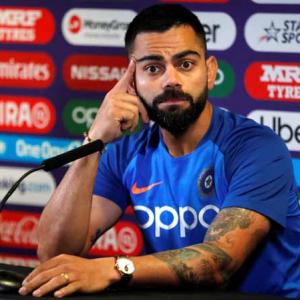