IMAGE: Sophie Molineux is the latest Australian cricketer to step away from the game to focus on her mental health. Recently, several Australian male cricketers, including Glenn Maxwell, Nic Maddinson and Will Pucovski took breaks from the game. Photograph: Alex Davidson/Getty Images

All-rounder Sophie Molineux, who has played just one Test for Australia's women's team, has become the latest cricketer from her country to take a break from the game due to mental health issues.

The 21-year-old Molineux, who plays for Melbourne Renegades in the Women's Big Bash League, has requested for a break and will not be travelling with the Renegades squad to Ballarat for their match against Melbourne Stars on Saturday.

She has represented Australia in three ODIs and 17 T20 Internationals

National women's team Doctor Pip Inge said Cricket Australia would work closely with Molineux, who made her Test debut to ensure her support and help.

"Sophie has made the decision to take a break from cricket and we are providing her with the support she needs," Inge was quoted as saying by Cricket Austraia's official website.

"The welfare of our players is a priority and we are proud of the brave decision by Sophie to step away from the game."

Molineux is the latest Australian cricketer to step away from the game to focus on her mental health. Recently, several Australian male cricketers, including Glenn Maxwell, Nic Maddinson and Will Pucovski took breaks from the game.

Maxwell stepped down from the Australian team midway through the T20 Internationals against Sri Lanka and is yet to return.

Maddinson pulled out of the Australia A team ahead of their match against the touring Pakistan side, while Pucovski asked selectors not to consider him for a Test debut following that game.

Molineux, an opening batter and left-arm spinner, burst into the scene in last year's T20 World Cup where she played a key role in helping Australia capture the crown.

"We'll give Sophie the time, space and any support she needs."

Cricket Australia's Head of Sports Science and Sports Medicine, Alex Kountouris, said they have been collecting data on mental health since 2014.

"With the data that we've got, we're seeing that our players are no less or more vulnerable than anyone else in society," Kountouris was recently quoted as saying by cricket.com.au.

"We're not calling it anything other than what it is – a part of life – and we've got to find ways to be preventative and manage it when it happens."

India 'A' women to tour Australia next month

Cricket Australia (CA) on Friday named Australia 'A' one-day and T20 squads to face India 'A' in Queensland from December 12 to 23.

The tour, which is a key step in CA's expanded female pathway program, is part of a four-year agreement with India that has already seen Australia's A team tour the sub-continent late last year. It will also be the first time Australia will host an international women's 'A' team.

The two countries will play three 50-over matches in Brisbane followed by three T20 matches in Gold Coast.

Speaking on the makeup of the squads, national selector Shawn Flegler said in an official statement: "The squads have been selected with a long-term view to the 50-over World Cup in New Zealand in 2021 while also rewarding those players who have demanded selection through strong domestic performances."

"With a T20 World Cup early next year and an ODI World Cup the following year, it's exciting to see so many talented youngsters coming through the pathway and performing well and this tour is really going to test them against what we expect to be a strong Indian side," he added.

India announced the same squad for both formats. 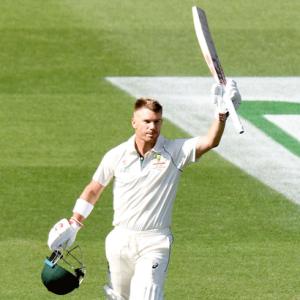 Leicester will not sell players in January: Rodgers