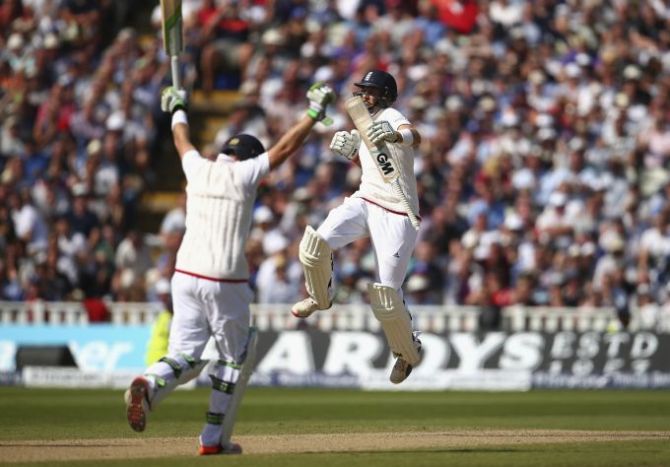 Ian Bell guided England to an eight-wicket victory over Australia in the third Test at Edgbaston on Friday to put the hosts 2-1 up in the series with two matches to play.

Bell (65 not out) and Joe Root, with an unbeaten 38, anchored the chase after England were set to 121 to win on the third day at Edgbaston where a dominant performance banished memories of a heavy defeat at Lord's.

England lost Alastair Cook (7) and Adam Lyth (12) to set a few nerves on edge but Bell, dropped on 20 by Australia captain Michael Clarke, made his second 50 of the match to spark raucous celebrations after Root hit the winning runs.

The hosts took command on day one when Australia were shot out for 136, James Anderson, who will miss the next test with a side strain, taking six wickets -- a feat matched by the recalled Steven Finn in the second innings.

"It's been a fantastic three days," Cook said.

"I don't think the pitch was 140 all out but the way Jimmy bowled, backed up by Steve was fantastic." victory at either Trent Bridge, in the fourth Test which starts on Aug. 6, or The Oval in the last match would guarantee England winning back the Ashes which they so dismally surrendered in a 5-0 loss in Australia in 2013-14.

England's celebrations will be tempered, however, by the major blow of losing Anderson, possibly for the rest of the series.

Australia's tail wagged on Friday, adding 97 to their overnight total before they were dismissed for 265 just before lunch.

England had hoped to quickly take the three remaining second-innings wickets but Australia pushed their lead to 120 before Moeen Ali removed Mitchell Starc.

Starc had led Australia's resistance with some big hits in his 58, sharing an eighth-wicket stand of 64 with wicketkeeper Peter Nevill (59) who held up England for 147 balls in compiling a maiden Test half-century. 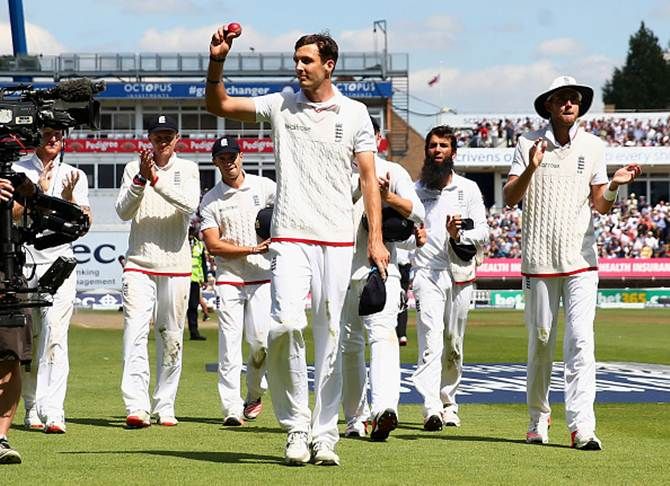 England pacer Steven Finn acknowledges the applause from the crowd as he leaves the ground after claiming six wickets, during Day 3 of the third Ashes Test at Edgbaston. Photograph: Ryan Pierse/Getty Images

Finn eventually made the breakthrough when Nevill was caught down the leg side, the paceman taking a Test best 6-79 after a two-year absence from the side.

Clarke, who admitted his poor form with the bat was a big cause for concern, said credit must go to England.

"I was proud of how the boys fought," he said. "I think around 180-200 would have given us a chance but England played well.

"Our goal is to win the series, I still believe we can do that. We have to play well but it's pretty simple."

© Copyright 2022 Reuters Limited. All rights reserved. Republication or redistribution of Reuters content, including by framing or similar means, is expressly prohibited without the prior written consent of Reuters. Reuters shall not be liable for any errors or delays in the content, or for any actions taken in reliance thereon.
Related News: Mitchell Starc, Moeen Ali, England, Australia, Steven Finn
COMMENT
Print this article 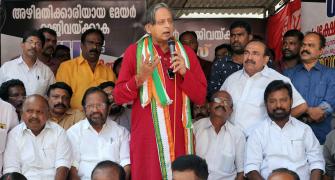