News
Business
Movies
Sports
Cricket
Get Ahead
Money Tips
Shopping
Sign in  |  Create a Rediffmail account
Rediff.com  » Cricket » 'I am a better man for having known Phil Hughes my brother' 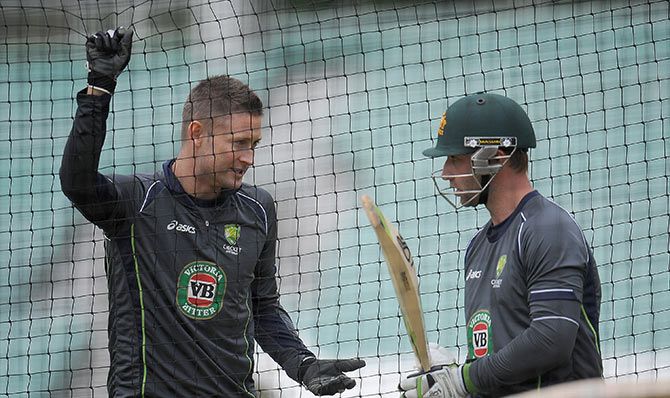 Devastated by his tragic death, Australian cricket captain Michael Clarke has penned a poignant birthday tribute to Phillip Hughes, saying that the
late batsman was like a little brother who helped him become a better man.

Clarke, who broke down while reading out the team's tribute to Hughes on Saturday in a press conference, poured his heart out in a tribute to his close friend, who would have turned 26 on Sunday had he survived after being hit on the head by a bouncer during a domestic game earlier this week.

"I don't have a blood brother, but I am very proud to have called Phillip my brother. I am a better man for having known him," Clarke wrote in The Daily Telegraph.

Clarke said he was struggling "to comprehend how this tragedy could happen to one of life's true characters and gentlemen".

"His cricketing achievements — of which there were many — really play second fiddle to the human qualities that he exhibited. Loyal to a fault, eternally optimistic, kind hearted, wicked sense of humour, a child like verve for life … I really could go on and on," wrote the batsman. 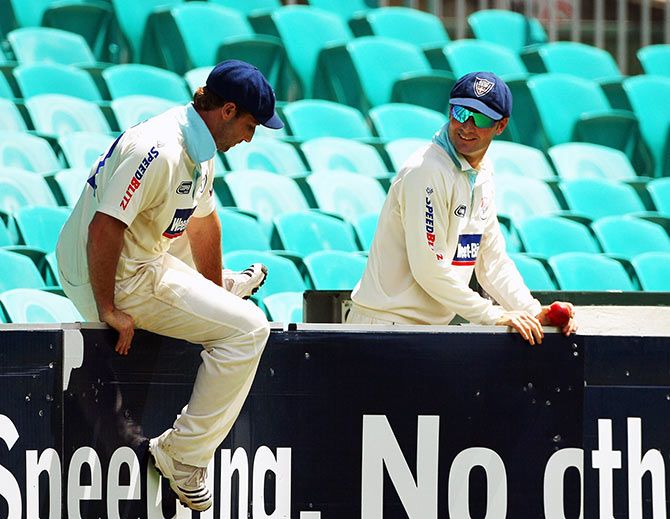 The tragedy has led to the postponement of Australia's first Test against India. The match was scheduled to start on December 4 but has been put off for the time being to allow the players to mourn Hughes' loss and attend his funeral on December 3.

Recalling Hughes' amiable personality, Clarke said the youngster was easy to get along and went on become the brother he never had.

"He was a country boy at heart, with honest values and a work ethic second to none. And it is easy to tell where those qualities come from. His parents are salt of the earth Aussies, who have handled the past several days with a dignity and grace I could only admire. They will have my support, and
the support of the entire Australian cricketing family, whenever and wherever they need it," he said.

"I was drawn to him instantly, falling for his cheeky grin and love of life. Phillip truly was uncomplicated — what you saw was what you got. I don't think in 12 years of playing cricket at the top level I have ever come across a more loyal or generous-hearted teammate," he added.