Pakistan expects England to reciprocate and tour in 2022. The Pakistan Cricket Board on Thursday confirmed that Amir has integrated with rest of the squad after serving his mandatory quarantine period, during which he tested negative twice.

"Amir left for England from Lahore on 24 July and, as per the UK government's guidelines, was in isolation for a period of five days during which he was tested twice," the PCB said in a statement on its website.

Amir, who quit playing Test cricket, will feature in the three-match T20 series against England to be played in a bio-secure environment at the Old Trafford, Manchester starting August 28.

Besides, the PCB also informed that fast bowler Harris Rauf, who had earlier tested positive, is now clear of the virus and is expected to join the rest of the Pakistan squad  in England soon.

"Fast bowler Haris Rauf has cleared his second COVID-19 test and is eligible to join the squad in England. As per the protocols he was tested twice – Monday and Wednesday," the cricket board said.

"He is expected to travel over the weekend. Details of his travel plan will be shared in due course."

PCB expects England to 'do the right thing' in 2022

Pakistan's decision to tour England despite the risks of travelling during the COVID-19 pandemic was not part of a reciprocal agreement but the Pakistan Cricket Board (PCB) expects its English counterpart to "do the right thing" in 2022.

Pakistan are the second Test team, after West Indies, to tour England this summer. They will play three Tests, the first beginning on Wednesday, and three Twenty20 Internationals in bio-secure venues in Manchester and Southampton.

England last visited Pakistan in 2005 and are slated to return in 2022, but the top teams have so far declined to tour since a 2009 attack on Sri Lanka's team bus in Lahore.

PCB Chief Executive Wasim Khan said on Thursday that the tour of England would stand them in good stead.

"Will that benefit Pakistan cricket in future? Of course it will," he told a PCB podcast.

"Have we struck a deal with them right now for them to come? ... Of course we didn't. Now is not the time to do that. It's all about timing.

"Conversations will take place with ECB (England and Wales Cricket Board) and they will do the right thing by us as well."

After years of staging 'home' tests in neutral venues due to security concerns, Pakistan played their first test on home soil since 2009 against Sri Lanka in December last year and have hosted Bangladesh this year.

Khan said the PCB had put the game's interests ahead of its own.

"We are making decisions not just for what's good for Pakistan, but what's right for global cricket.

"Showing solidarity is absolutely the right thing for us to be doing. West Indies are doing it, we've done it." 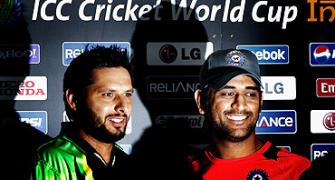 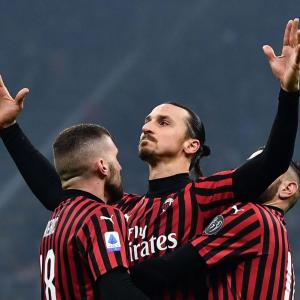