All set for Rahul to set new record tonight 3:3 The head to head between the Kings XI Punjab and Rajasthan Royals at the I S Bindra Stadium in Mohali.

The overall record is 10:8 in favour of the Rajasthan Royals.

5 Number of run-outs effected by Kings XI Punjab fielders in IPL 2019 -- the joint-most by any side with the Delhi Capitals.

If he reaches the mark tonight, Rahul will share the record of being the joint-second fastest to 1,000 for one team in the IPL, with Lendl Simmons. 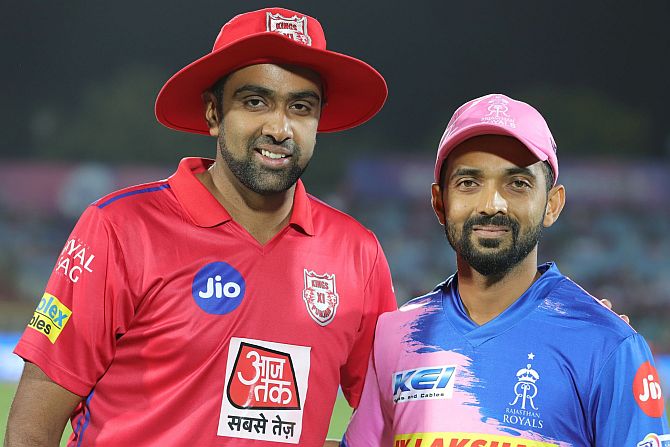 36 Number of wickets lost by Kings XI Punjab in IPL 2019 -- the fewest among all teams.

Only one pair has contributed a higher percentage of runs for the team in this IPL -- 63.86% by David Warner and Jonny Bairstow for Sunrisers Hyderabad.