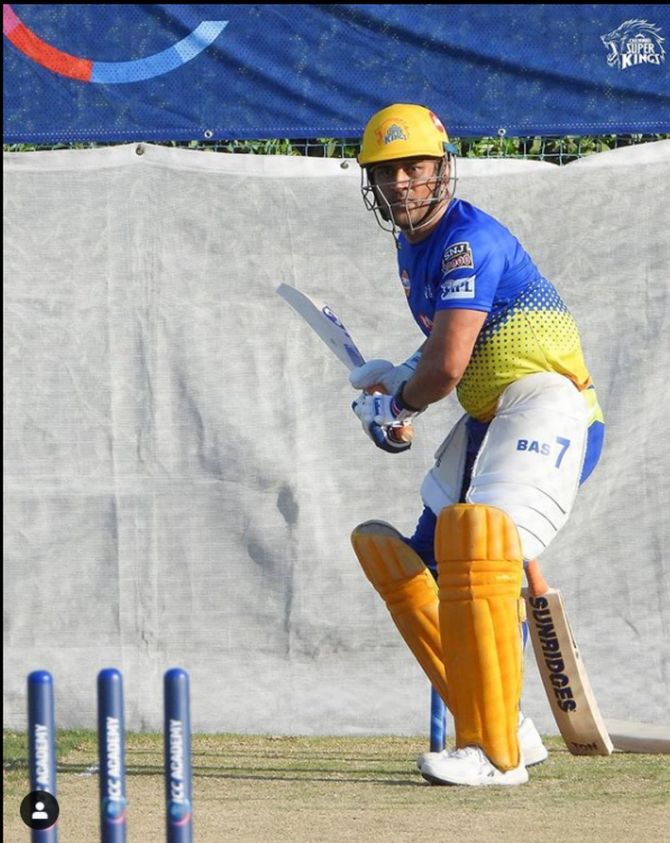 Mahendra Singh Dhoni's poker face, Virat Kohli's raw emotions and Rohit Sharma's effortless handling of his 'Galacticos' will be back to charm cricket fans across the globe with the Indian Premier League starting on Saturday, promising to be a happy distraction in a world scarred by COVID-19.

Rohit's defending champions Mumbai Indians will lock horns with Dhoni's Chennai Super Kings in what is likely to be a cracker of a showdown, fitting of a campaign opener, in Abu Dhabi.

The tournament, which has been shifted to the UAE due to five million plus COVID cases in India, is a 'TV-only event', expected to be lapped up by all and sundry who crave for cricket and Bollywood in equal measure during prime time.

Bollywood had its share of prime time in the past few months but rest assured, the next 53 days would belong to Dhoni's CSK, Kohli's RCB and Rohit's Mumbai Indians challenged by young pretenders comprising KL Rahul's KXIP and Shreyas Iyer's Delhi Capitals among others.

IPL happening in foreign shores is not a new phenomenon, not even the shift to the Emirates but as Indian sports hits the restart button with the billion-dollar cricketing extravaganza, the hugely popular event to be held closed doors in a bio-secure environment is a first.

A look at the teams would indicate that Mumbai Indians by a distance is the most formidable with Rohit, the Pandya brothers -- Hardik and Krunal --, the indomitable Kieron Pollard and the 'King of Death' bowling Jasprit Bumrah.

The perennial Dad's Army, Chennai Super Kings can never be counted out till that man with 'Hawk Eyes', Mahendra Singh Dhoni uses his peripheral vision behind the stumps.

Experience can't be bought and the likes of Shane Watson, Dwayne Bravo, Faf du Plessis and Ravindra Jadeja have given their blood and sweat for the 'Yellows' and it would be no different this time. 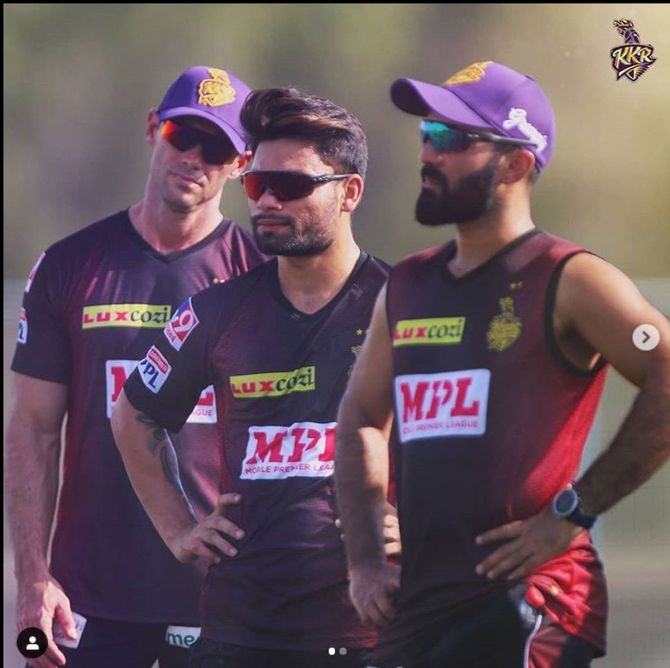 IMAGE: Dinesh Karthik-led KKR have to put aside last season's disappointment and start afresh in the UAE. Photograph: KKR/Instagram

For Kohli, winning a tournament as a captain would reaffirm his status even as naysayers question his style of leadership. The team is a shade better with the presence of Aaron Finch, Chris Morris and the wonderfully gifted Devdutt Padikkal, who if all goes well, is destined to become a big name in years to come.

Delhi Capitals, with their new found vigour and more pragmatic new owners, found their mojo last year and would like to go one better under an enormously talented skipper in Shreyas Iyer, who can be matched in skills by a Prithvi Shaw or a Rishabh Pant.

Seasoned brains like Ravichandran Ashwin would be ideal foil for the team's youthful exuberance.

KXIP's KL Rahul is a class act and how he shapes as a leader could also create a narrative for the future when Indian cricket goes through another change of guard in next few years.

There will be a lot of interest as to how he handles players like Glenn Maxwell, Gayle and Mohammed Shami, who are savage on their days but can be ordinary on some others.

Handling an inconsistent team to a decent finish will be on top of Rahul's agenda.

The low-profile Sunrisers Hyderabad once again will be gunning for a place in the summit clash and their skipper David Warner knows how to win the IPL having always led the way with spectacular performances.

There is Jonny Bairstow's flair, Kane Williamson's poise and Rashid Khan's flamboyance with a host of youngsters like Virat Singh and Priyam Garg eager to make a name for themselves.

When the IPL was partially held in UAE back in 2014, KKR were the eventual champions.

If Ben Stokes is the world's best all-rounder across formats, Andre Russell probably is a bit more destructive in this format as he hit 52 sixes during their horrendous last edition.

The 2018 U-19 World Cup stars -- Shubman Gill, Shivam Mavi and Kamlesh Nagarkoti -- add a dash of youth. Eoin Morgan's leadership skills that might prove to be handy in case a normally inconsistent Dinesh Karthik misfires.

Rajasthan Royals is the weakest team lacking quality in the Indian line-up but expect Jos Buttler, Steve Smith and Jofra Archer to do the heavy lifting in Stokes' absence. Stokes is currently in New Zealand to be with his ailing father. 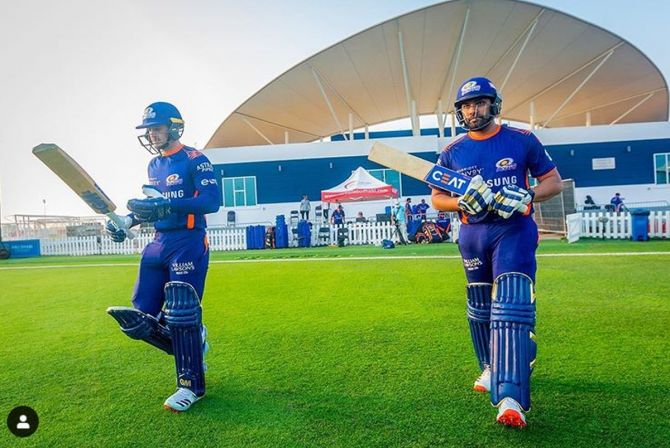 Mumbai Indians are traditional slow-starters in the IPL but on paper, they will be the favourites against Chennai Super Kings in the opening game in Abu Dhabi.

For CSK, the core has remained the same save for Suresh Raina, who was their worst performer last year and has pulled out citing personal reasons this year. His replacement Ruturaj Gaikwad remains in quarantine having tested COVID-9 positive at least five times.

But there is Watson, Ambati Rayudu, Kedar Jadhav, Ravindra Jadeja, and Bravo, who have all won matches from hopeless situations. Mitchell Santner and Lungi Ngidi will complete their four-foreigner line-up in case Sam Curran and Josh Hazlewood are unavailable.

In case Curran is allowed to travel to Abu Dhabi, he could well be the pinch hitter at the top of the order.

CSK can only be ignored at one's own peril. 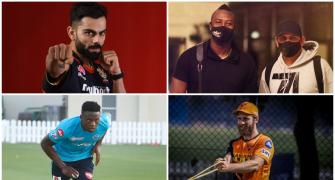 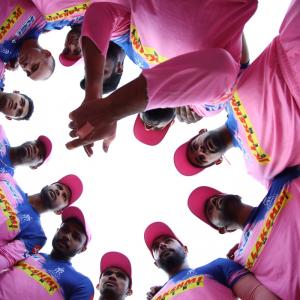