'I believe God has sent him in this world to just bat.'
'He only has to bat and the rest will follow for him.' 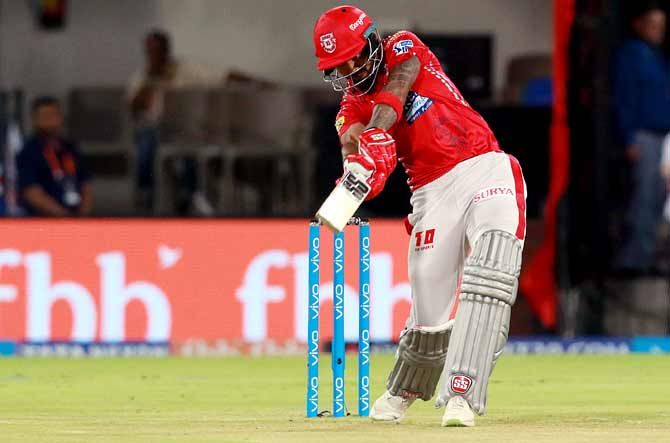 Things were far from easy for K L Rahul in the last few months.

He was dropped from the Indian team during the Test series in Australia after a string of low scores before he was suspended along with Hardik Pandya for their outrageous comments on a TV show.

A determined Rahul made up for the lapse as he worked hard on his game while serving out the suspension before he got back among the runs for India 'A' in the home series against England Lions.

The 27 year old then made a good comeback to the Indian team during the T20I series against Australia, hitting 50 and 47.

And he came into his own during the IPL, smashing 593 runs in 14 games, with 6 fifties and a century at an impressive strike rate of 135 for Kings XI Punjab, to silence critics.

His Mangalore-based coach Samuel Jayaraj is delighted with Rahul's smashing comeback and can't hide his joy as his ward gears up to represent India in the ICC World Cup.

Jayaraj believes if Rahul plays his natural game, like he did in the IPL, he will continue to pile on the runs at the World Cup.

The coach points out that Rahul is capable of batting as either opener or at No 4 and adds that if he stays at the wicket he will make the difference in the World Cup.

Jayaraj spoke to Rediff.com's Harish Kotian on how Rahul bounced back after difficult months and his advice for the World Cup-bound right-hander.

Rahul looks in good form going into the World Cup with a cracking show during the IPL.
What has been the key to his success in this year's IPL?

His strong basics, technique, skills have taken him to this level.

He is still a better batsman. If he puts his mind into the game, he can be a very good batsman.

He can bat as an opener or No 4, whatever the team requires.

According to me, he has to bat for a long time wherever he bats. He should look to bat till the 50th over, and that he should consider as his responsibility.

The conditions in England won't be easy and he will need to apply himself.

Did you speak to him on his World Cup selection?
As a coach, how happy are you that one of your wards has made it to the World Cup?

I spoke to him and I congratulated him. He is very happy. This is the first time that a player from Dakshin Kannada district will represent India at the World Cup and all our wishes and prayers are with him.

We are all excited here in Mangalore. It is a big morale booster for the boys playing cricket at my academy and in the city.

We are all wishing that Rahul can score a century in the World Cup and the Indian team also goes all the way.

Will the confidence of doing well in the IPL will help him during the World Cup despite the two being different formats?

I feel he will definitely do well at the World Cup.

He got runs in all the matches in the IPL, scored a century and a few fifties. He batted fluently in all the innings he played in the IPL.

He has to carry forward that form in the World Cup.

A few days back he was practicing at the NCA in Bengaluru. What I have heard is that he is middling the ball quite well.

Will you work with Rahul before he leaves for the World Cup? Any advice you want to give him?

My advice to him is simple -- and that is to watch the swinging ball carefully.

If he can handle the swing, then he will get runs.

He has to play his natural game, he has a free flowing game.

According to me, he is ready now. I think there are no grey areas in his batting at the moment. 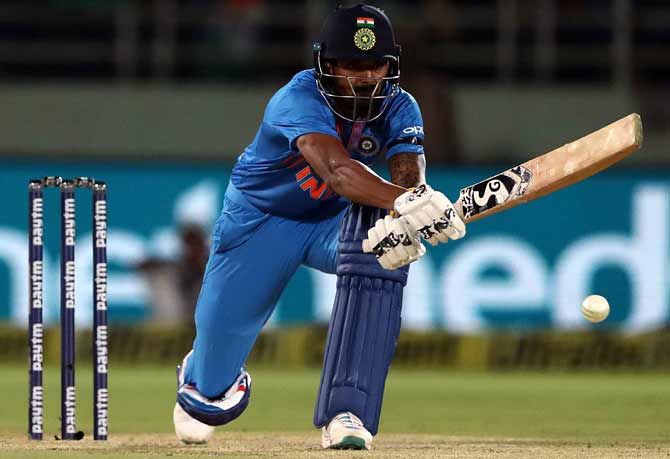 Rahul has lacked consistency at the international level. Is that a technique issue or is it a mindset issue?

Definitely it is a mindset issue because batting everywhere is the same.

It is his first World Cup and he has to give everything in the tournament.

Being a youngster he should be able to come good at the World Cup, but for that he should have a good mindset.

He has to plan for the runs, a well worked out plan to score runs and that is what he will do, I am sure.

I am very confident that he will get big runs in the World Cup.

It was not smooth sailing for Rahul, especially the suspension for his comments on a television show.
Are you happy with the way he has made a strong comeback after that setback and made all the talking with the bat?

He has utilised that time (during the suspension) for his cricket and concentrated on the game.

He worked on his basics and he has come back very strongly.

I believe that God has sent him in this world to just bat. He only has to bat and the rest will follow for him.

The World Cup will give him a chance to showcase his talent to the world that and show that he is a batsman of class.

He can be among the best batsmen in the years to come.

Chris Gayle believes Rahul can be the next Virat Kohli if he continues his good performance with the bat. How has he transformed his batting in the last couple of years, especially in the limited overs format?

As a kid only we know he has a good head on his shoulders.

His attitude towards the game is fantastic.

He always wanted to be a big hitter and that is what we are seeing now.

I would say he is the best reverse sweep batsman.

He does that because in no time he will learn things, he is a quick learner of the game.

As coaches we enjoy giving him throw downs or bowling at him while working with him in the nets.

Batting is his passion. It is his life actually.

Even from his childhood, he liked to bat.

Even when we used to say 'last ball' during the nets, that last ball would be 20 balls more and another last 30 and so on.

Batting used to never end for Rahul in the nets and in matches also. 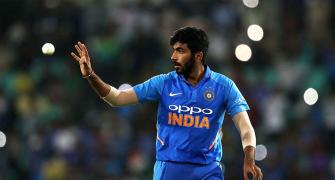