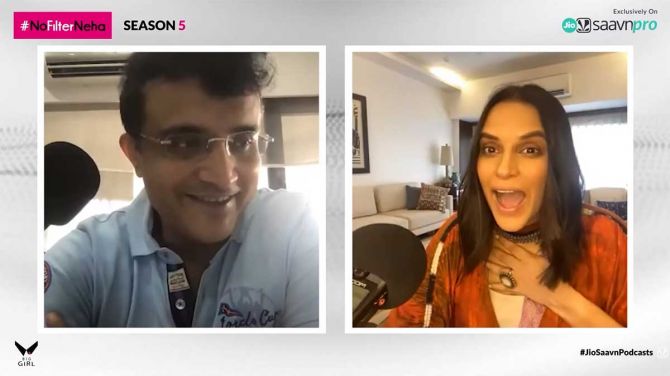 "My father was desperate that I played the game. So, to get away from those big piles of books, a cricket bat was a better option," BCCI President and cricket legend Sourav Ganguly recalls in a candid interview with Neha Dhupia. The first of a multi-part, must read, feature:

Dada and the lockdown

It has been too long, isn't it?

So, it's not been lockdown for me since maybe, June.

I've started going to the office.

I'm at the office at the moment and I've started shooting.

I do my shoots, my commercials, I had to finish my show.

So, I did that last month and BCCI work is regular because we are hosting the IPL in Dubai so it has not been a lockdown that much since June.

Yes, we were careful.

Travelling has not been at all a part of our lives as it was before.

I used to be in Bombay every week.

Ya, the BCCI office trying to get cricket going and working and everything, so. It's been different.

More than the lockdown, I think, the situation has been very difficult to handle, mentally.

Trying to live with fear, you never experience when you met someone, the first thing which comes to your mind is he tested, is he okay, hope he is not going to infect you.

So, that's not the right way to lead life, but hopefully, this will pass.

We've gone through it for 5-and-a-half months now and at some stage, I think somehow we are used to it now, expecting it to pass and then hopefully get back to normal in the next couple of months or 3-4 months, we don't know. 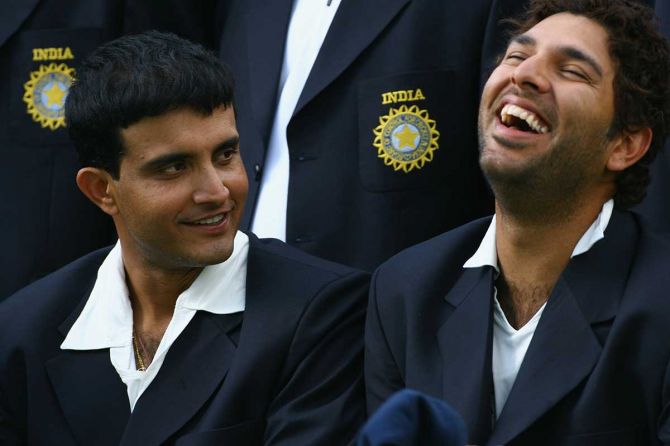 On catching up with buddies during the lockdown

Not catching up but, maybe SMS.

I just had a call from Yuvraj Singh, day before yesterday.

He wants to play cricket, again.

But yes, I've been in touch on and off with everyone.

In Bombay, it's a bit different because you have 4 or 5 or 6 of them in the same city.

That makes life a lot easier.

But, from Calcutta, I think I am the only one.

Those were great days actually. 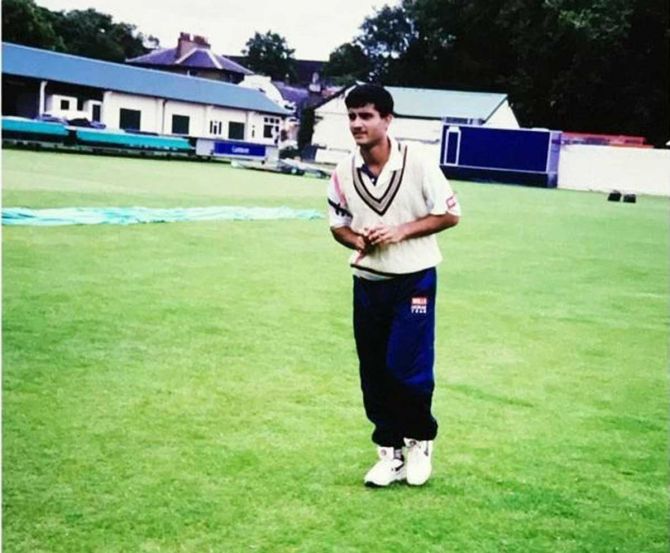 How he began playing cricket

No, no. There was no resistance.

My father was desperate that I played the game.

So, when I just passed out of school, he put me in an academy where I used to practice.

Nothing in mind, just go and practice, and hit the ball and get away from home because those days, there were no computers, no mobiles so if you were not doing anything at home, mother wanted you to study.

So, to get away from those big piles of books, a cricket bat was a better option so you would go away in the afternoon, practice for three hours, meet your friends for two hours and five hours would be gone.

So, that's how it started at a young age.

I used to play soccer quite a bit.

Calcutta being a football crazy city in those days, still is.

But, cricket has taken over I think.

So, that's how I started playing the game. 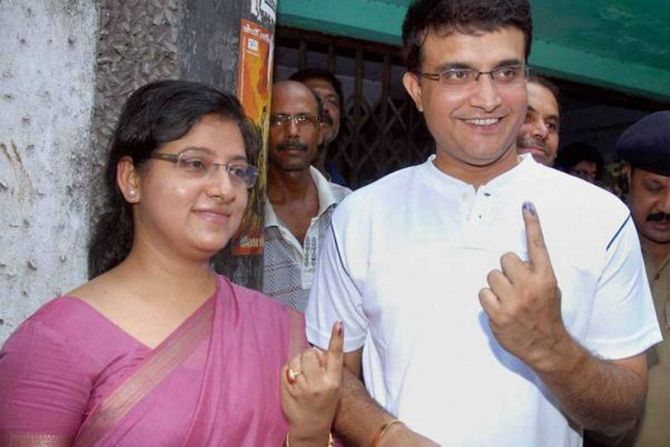 IMAGE: Dona and Sourav Ganguly after voting in an election. Photograph: PTI Photo

I was already playing for India, then, and was very successful after the first two Test matches.

So the story got, obviously, elongated a lot more than what it was. As it happens in the media.

It was just a normal marriage.

I knew her since I was young and decided to get married and that's what it was.

Got married and went away to the West Indies.

I remember entering the lift in Jamaica, we flew about 24 hours those days to get to Jamaica and as we open the lift, both of us, we saw (Curtley) Ambrose, (Courtney) Walsh and (Ian) Bishop standing in the lift.

I asked my wife you must take this picture, this is going to be a lifetime picture and she refused.

Because she looked so short in front of Ambrose, Walsh and Bishop, so she said, 'No, no, no, I don't want this picture. It will be embarrassing.'

But, yes, it was a normal marriage.

It was made a little bit different by the media but, then, that's what it is. 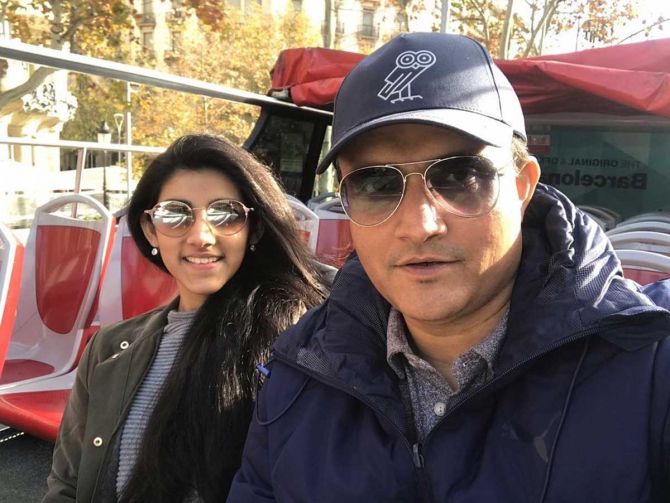 When Dada's daughter trolls him...

I remember I said I'm working on a Sunday and she said woken up, she had just woken up.

So, what she was saying is that you work on a Sunday and just see, I've woken up at 1'o clock in the afternoon.

Because, she had just finished her board exams.

I think lot of the trolling is with good humor.

Lot of people told me that you shouldn't ask your daughter to troll you on Twitter, Instagram.

I say what the hell, she can do whatever she wants.

Because, I know she's doing it in a good way and I don't mind this banter.

At least, she's noticing dad because after 5-6 years she won't even notice dad also.

Things Dada has learned from his daughter and the younger generation

She's fresh in her thinking.

She looks at the world differently than what I do.

But when we look at young girls these days or young boys of the age of 17 and 18, it's just fresh and fearless.

They see the world differently.

They react to situations differently and sometimes you sit back and see and say, 'Oh god, that's a good way to react to things. So Why don't you do it?' Everything is fine, there is no problem.

She will get up and cook during the lockdown.

Yesterday was her mother's birthday so she made custard for her because she didn't want to go to the hotel or the bakery to buy a cake.

So, they just think differently.

Messages they put in, you see their reactions to thing on Twitter, Instagram, it's much different than what you think.

Because, all of us, as we grow and as we get burdened with responsibilities of different ways of doing things and time management and the pressure, your thinking just gets very cordoned off which I don't see with the young boys and girls. 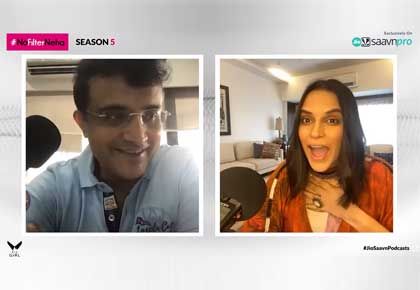