'In the leadership of Ganguly and a foreign coach, a much brighter phase of Indian cricket began.
'India played the way I had wished throughout my playing career.'
'Dhoni brought calmness into Indian cricket.'
'Under Dhoni India started winning tight games, with the captain himself leading by example.'

Former India batsman Sanjay Manjrekar, who delivered the ninth Dilip Sardesai Lecture at the Cricket Club of India in Mumbai, October 1, outlines how Sourav Ganguly changed Indian cricket forever and assesses the impact of Mahendra Singh Dhoni's leadership skills in the second segment of the lecture. 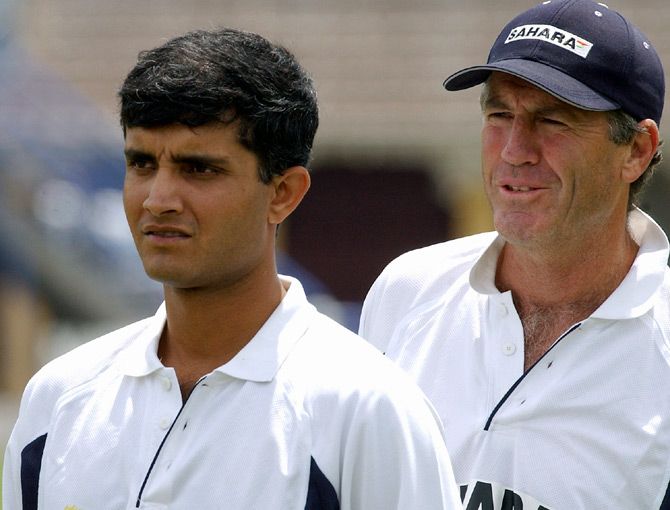 This is when 'Dada' or Moharaj as I called him arrived.

Sourav Ganguly and with him in tow was, India's first foreign coach John Wright.

I remember Sourav giving an interview to Rajdeep Sardesai and even talk about match fixing etc. on that show, a brave thing to do there was no precedent before this, most influential players preferred to stay mute on sensitive matters.

Sourav guaranteed a clean Indian team and we trusted him.

Post 2000 in the leadership of Ganguly and a foreign coach, a much brighter phase of Indian cricket began. India played the way I had wished throughout my playing career.

They competed better overseas, plus they had batsmen who were not vary of the short ball anymore.

Viru (Virender Sehwag), Rahul (Dravid), Sachin (Tendulkar), V V S (Laxman) all of them had no issue with pace and bounce and thus we started seeing some fight from the Indians away from India.

Meanwhile, India was also becoming a very good one day team, that too in all conditions, big sponsorships started coming into Indian cricket and the critical moment for me was the 2003 World Cup when big corporates like Pepsi invested in the Indian cricket team.

India reached the final of that World Cup in South Africa, it was a very impressive showing by India considering that this was overseas and the big money stayed parked in Indian cricket.

India still wasn't winning enough though, in that final of the 2003 World Cup you could still see little signs of insecurities when India opted to bowl first rather than bat first against the likes of (Glenn) McGrath and (Brett) Lee it proved to be a costly mistake.

Under Sourav Ganguly Indian cricket's image became squeaky clean. Also, India played more like a team, but it was still not winning enough for a country that had everything going for them now. 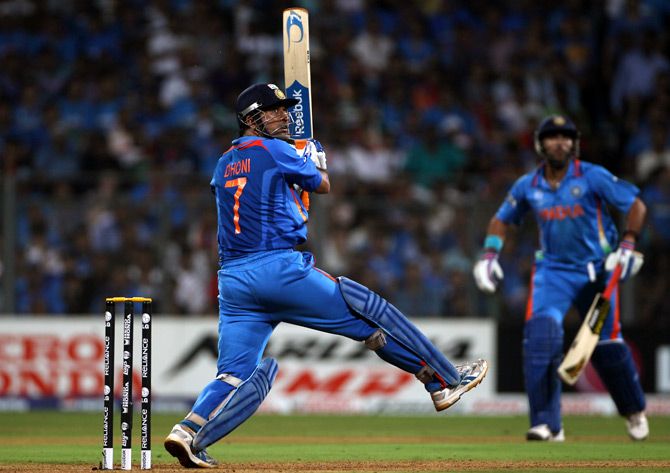 This started to change when Mahendra Singh Dhoni came in.

Dhoni got rid of anxiety, a deep rooted emotion that afflicted India in close matches on a big stage.

Under Dhoni India started winning tight games, and critically started chasing better, with the captain himself leading by example.

Now India under Dhoni was a formidable one day team, formidable in all conditions not just at home but the great run did culminate at home with that World Cup win in 2011.

This for me was India's greatest triumph, in the sense, that India was playing in front of a home crowd and with it comes the heavy burden of expectation because they were playing at home, fans expected them to win.

Having been a part of the 1996 World Cup team I had a personal experience of how tough this is.

Dhoni's incredible calmness brushed off on the others, as he led the way for this great victory, he didn't have a very good bowling attack like we have now.

India won the 2011 World Cup despite its bowling.

No more was this Indian team panicking in a run chase like we used to. Remember the 1992 World Cup game against Australia at Brisbane as an example. 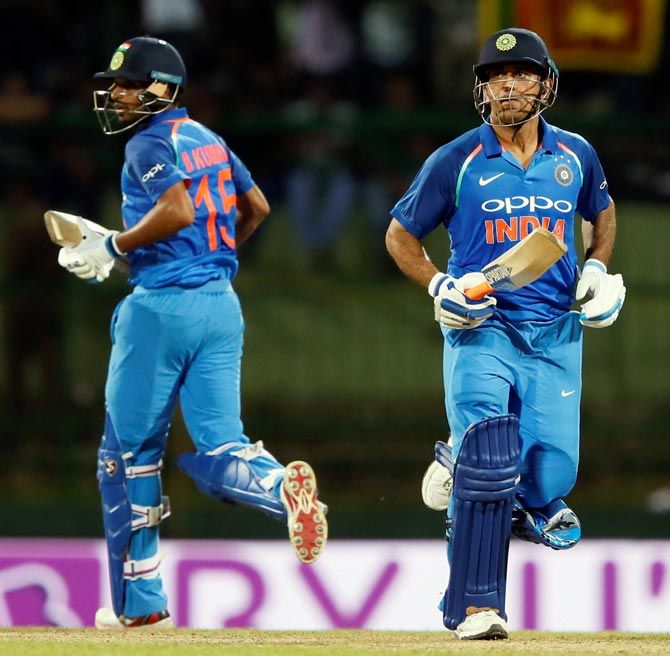 IMAGE: 'The running between the wickets is a slightly unacknowledged, undervalued improvement in Indian cricket. Under Dhoni this aspect of the game got a lot of importance and attention.' Photograph: Dinuka Liyanawatte/Reuters

Temperamentally too, the Indian team was getting better, the nerves started to disappear.

Unlike earlier, this team was now holding its head high even on foreign lands, their performance may not have sky rocketed with it, but there was more self belief within the team even when it travelled.

We were also now looking at a new Indian generation that had grown up in a more secure and liberal environment, the changing landscape of the country started reflecting in the attitude and approach of the India players.

They didn't walk into an overseas encounter feeling inferior already.

India was now a better all round team, it was looking fitter on the field, their fast bowlers were bowling quicker, the batsmen weren't sitting ducks against pace and they ran superbly between wickets.

The running between the wickets is a slightly unacknowledged, undervalued improvement in Indian cricket.

Under Dhoni this aspect of the game got a lot of importance and attention, like Virat (Kohli), he too believed that running hard between the wickets, was the lifeline of any innings.

The rare occasions I have seen Dhoni lose his cool has always been when his partner did not respond to his call for that extra run. 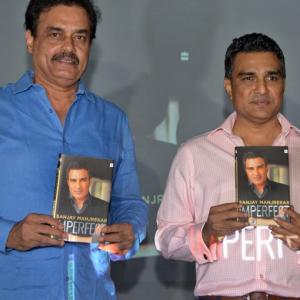