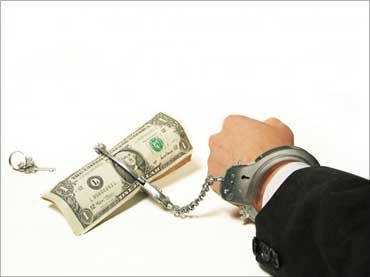 The size of corporate fraud in India almost doubled after 2009, and such cases also increased in number, said a report from Thought Arbitrage, a think tank in Delhi.

The report found control and concentration of promoters, whether families or MNCs, to be a factor in fraud incidents as such control allowed for personal gain at the cost of shareholders.

Understanding the Demand and Supply Equation of Corruption and Fraud: An Insight into Corruption and Fraud by the Private Sector in India by Kaushik Dutta and Sameer Kapoor of Thought Arbitrage polled a 100 cases of corporate fraud in the last 15 years.

The conclusions are: in 80 per cent of the cases, the size of the fraud is less than Rs 200 crore; most companies have medium scale of operation; and fraud techniques are still crude. Most frauds are perpetrated through recording of assets at a value higher than their fair value, or alternatively by a web of book entries – both of which point to regulatory weaknesses.

The authors consulted various departments in the ministry of corporate affairs on the data but do not name the companies in the fraud sample; the report says it is basing its sample on cases investigated by the Serious Fraud Investigation Office (SFIO) and the income-tax office on the basis of information available in public domain.

Size and scale
The report found prevalence of fraud evenly distributed between public limited and private limited companies. The size and number of companies involved in fraud increased after 2009, and so did average size of frauds. In the sample of companies committing fraud, 21 per cent had revenues between Rs 200 crore and Rs 1,000 crore while 18 per cent were over Rs 1,000-crore companies.

“It would be interesting to note that the average revenue of companies involved in fraud after 2009 was Rs 1,538 crore, significantly higher than those involved in fraud before 2009. The involvement of bigger companies in fraud over the last few years is a matter of concern as it exposes the interests of a larger number of stakeholders to risks of corporate failure,”

The average size of fraud post-2009 went up from Rs 282 crore to Rs 502 crore due to a number of high profile and large frauds, an allusion to Satyam.  Ramalinga Raju, former chairman and founder of Satyam Computer, shocked investors in January 2009 when he said the firm’s profits had been overstated for years and assets falsified in a fraud allegedly worth more than $1.5 billion. The fraud turned out to be the country’s biggest corporate scandal.

Manufacturing had the highest  incidence of fraud, followed by information, communication and telecom sectors, followed by banking and finance. Real estate and construction companies formed seven per cent of fraud cases. “The orgnaised real estate markets have developed in the past 15 years and these companies were charged mainly for contractual breaches and unfair trade but not for accounting or tax fraud (except in some high-profile cases). We expect this to change as there are more such companies, which are public or funded by private equities,” said Kaushik Datta.

“No significant cases have come to light where the auditors have been able to detect such fraud in the course of their audits, reflecting poorly on the watchdogs (internal, statutory and tax auditors) who take their cue from the gatekeepers (regulators),” it said.

Outcome
The penalties of committing corporate fraud in India are far from daunting. The report cites the 55th annual report on the working and administration of the Companies Act, 1956 , which covers the period 2006 to 2011, as saying the average size of fine imposed for fraud was little over a measly Rs 2,500 in all these years.  The report quotes the SFIO website as saying that 878 court cases are pending against 49 companies where fraud was detected.
Aparna Kalra
Source: