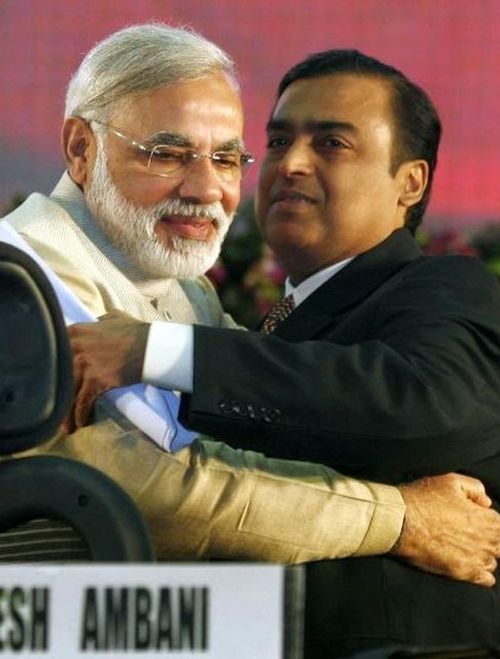 On the election result day - May 16 - as BJP gained so did the stock price of Mukesh Ambani and Gautam Adani-led companies.

Stock market punters probably felt that these companies may grow better due to their promoters’ proximity to Narendra Modi.

Indian is not a lone case where businessmen thrive due to their political connections. This is a global phenomenon and exists even in developed economies such as US and UK.

To find out countries where businesses can benefit from political connections, Economist magazine came up with a Crony-Capitalism Index. This index ranks countries where politically connected businessmen are most likely to prosper.

The magazine states that India has actually improved over the past few years. “Recent graft scandals and a slowing economy have hurt many of its financially leveraged and politically connected businessmen, while those active in technology, pharmaceuticals and consumer goods have prospered,” states the magazine.

Let’s take a look at such countries where businesses benefit most from crony capitalism. 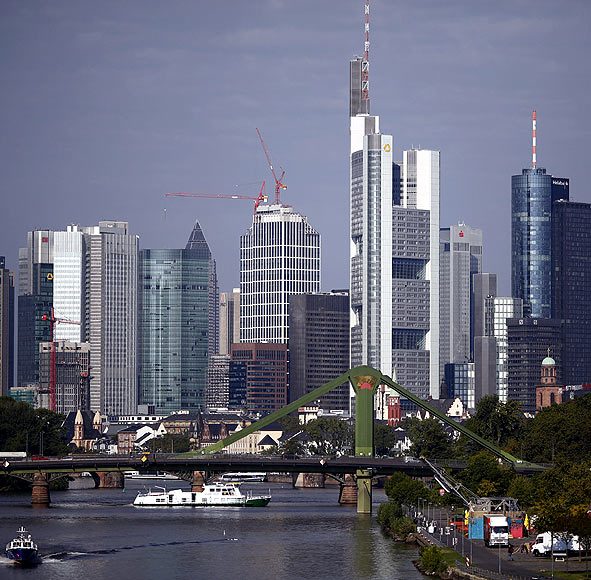 Chances of getting benefits from politicians are really less in Germany. Big businesses in the country are driven on brand building and professionalism. 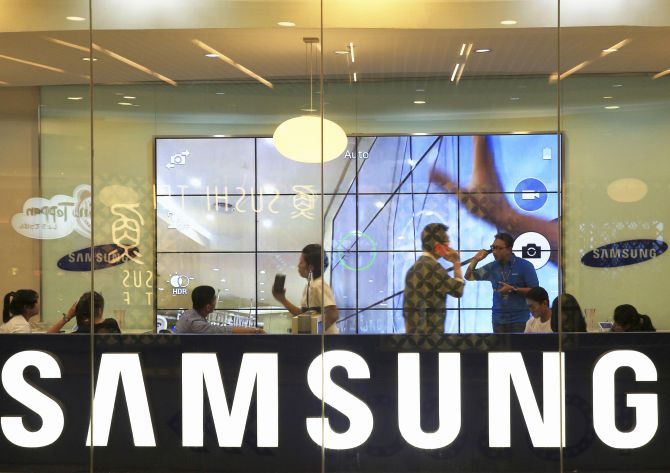 The country fares better because the Economist considers South Korean companies to be more globalised; they ‘sell cars and electronics to the world’. The magazine at the same time mentions that there is a history of big corporates bribing politicians at home. 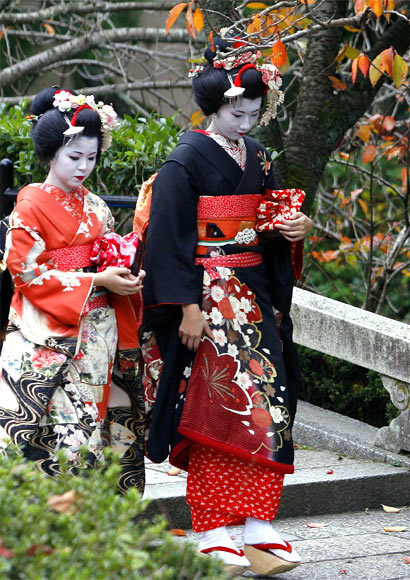 Image: Women in traditional makeup and kimonos walk inside the Kiyomizudera temple during autumn in Kyoto.
Photographs: Nicky Loh/Reuters 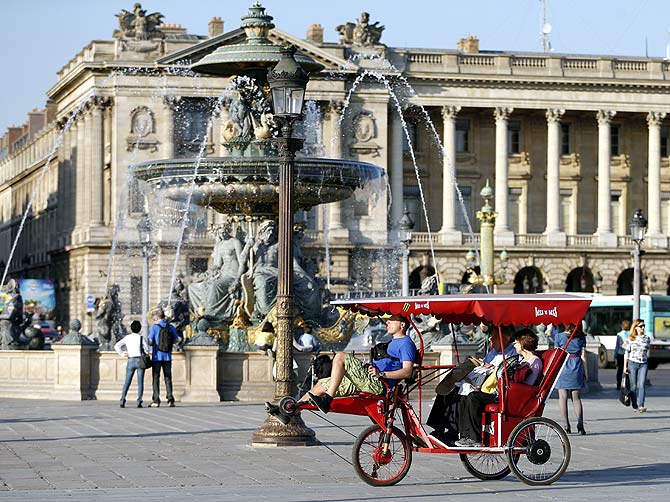 Image: A velo taxi, concept based on the Asian rickshaw, drives tourists through the Place de la Concorde in Paris.
Photographs: Charles Platiau/Reuters

France’s big business functions more like Germany’s. Biggest businesses in the country are into retailing and high-end luxury products that do not require dependence on the government. 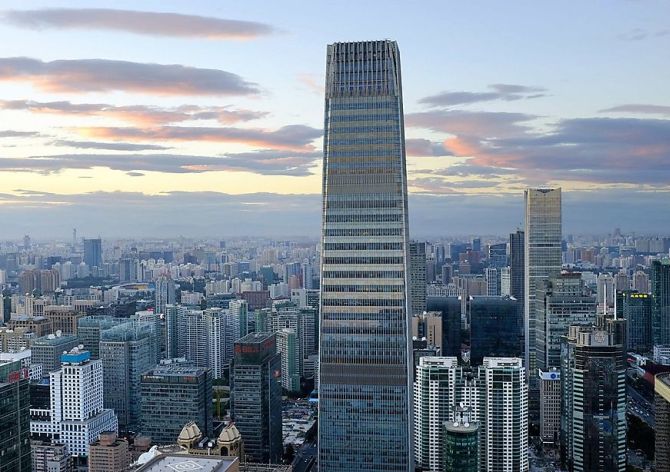 China appearing among bottom few countries may not sound convincing. And that’s why the Economist probably explains that though China has a ‘reputation for graft’, the reason for it scoring well is because most of the assets are owned by the government rather than private companies.

Also, China has seen billionaires that have created wealth from new-generation industries such as technology – for example, Jack Ma of Alibaba.

China has been rocked with issues of graft wherein politicians were found to own assets through their friends and families. But such data is not public. 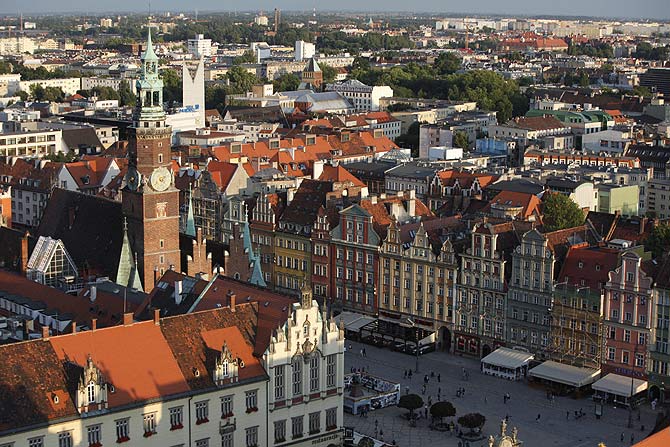 Poland’s economy was more like Russia’s where state controls most businesses and assets. The country started liberalisation process in 1990s.

The economy has moved towards a market-oriented system. However, most of the large industries, such as mining, rail, sand steel, are still government owned reducing chances of graft. 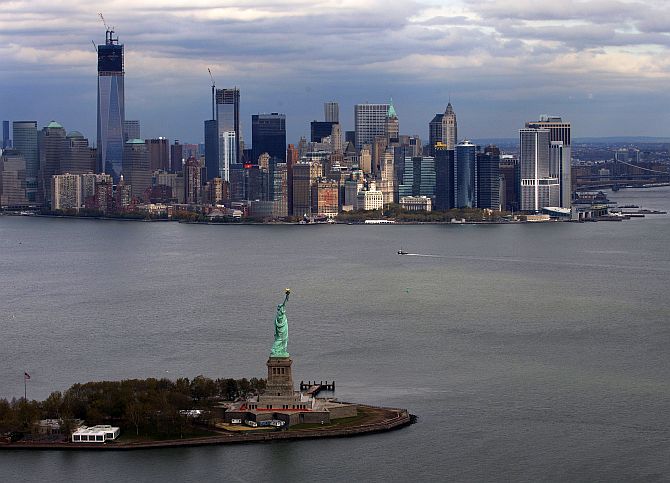 Image: The Statue of Liberty and Liberty Island are seen in front of the Lower Manhattan skyline in this aerial image taken in New York.
Photographs: Adrees Latif/Reuters

To cut down on politician-business nexus, United State lets corporations 'lobby' for new change that businesses want or new rules they seek.

Lobbying happens at every level of government, including federal, state, county, municipal, and even local governments.

The mechanism is a highly controversial phenomenon, often seen in a negative light by journalists and the American public. Image: A Buddhist monk and people walk down a stairs during their visit at Wat Phra Phutthabat in Saraburi province.
Photographs: Chaiwat Subprasom/Reuters

According to the Economist index, the crony capitalism is on a rise in the country. In 2007, the company was ranked 23rd.

Thailand is a newly industrialised country. Its economy is heavily export-dependent, with exports accounting for more than two-thirds of its gross domestic product (GDP), according to Wikipedia.

Tourism remains one of the biggest contributors to the economy, about 7 per cent, however service sector has been growing consistently and now contributes over 40 per cent to the country’s gross domestic product. 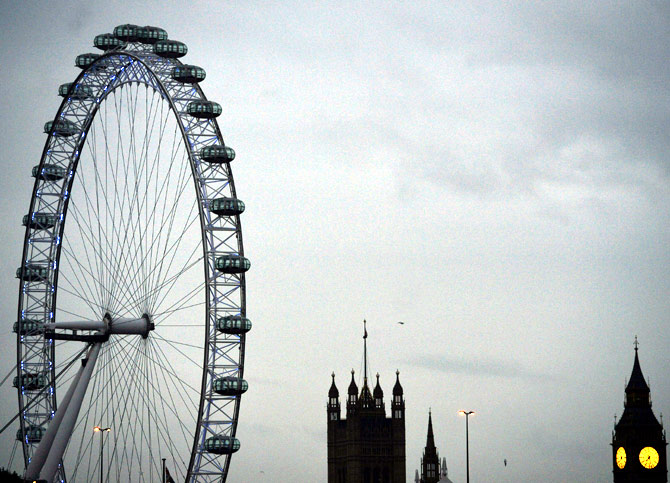 Image: The London Eye is seen near the Houses of Parliament at dawn in central London.
Photographs: Toby Melville/Reuters

The politics-business nexus has remained more of less stable in the UK. The country, however, has been rocked by its share of controversies. 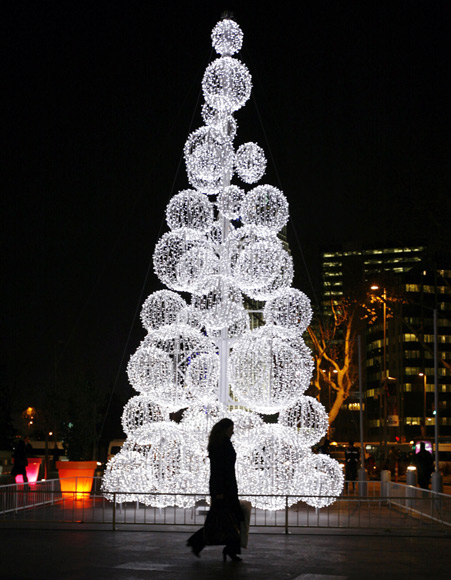 Image: A woman walks past a Christmas tree in front of a shopping mall in Istanbul.
Photographs: Osman Orsal/Reuters

With growing privatisation in the country, Turkey has been breaking away from the crony capitalism thanks to the country's financial turmoil. Previously, it ranked eight in the Economist’s index.

Turkey is among the world's leading producers of agricultural products, textiles, ships and other transportation equipment. In recent years, Turkey had a rapidly growing private sector, yet the state still plays a major role in industry, banking, transport, and communications, according to Wikipedia. 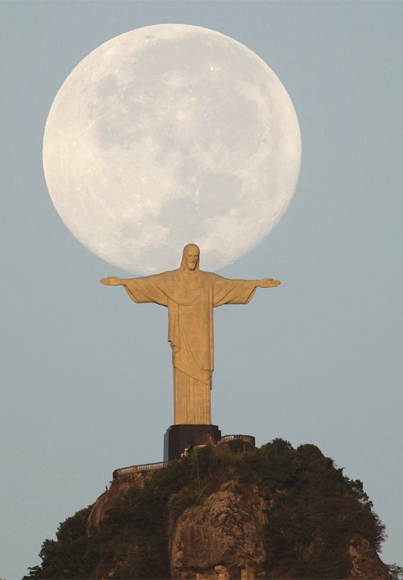 Image: A full moon is seen over the Christ the Redeemer statue in Rio de Janeiro.
Photographs: Ricardo Moraes/Reuters

Brazil has the seventh largest economy by purchasing power parity and also by the nominal GDP. It’s economy is the largest of the Latin American nations and the second largest in the western hemisphere, according to Wold Bank.

Over 36 Brazilian companies are part of Forbes Global 2000 list - some them include Petrobras (oil and gas), Vale (mining), and Ambev (banking). 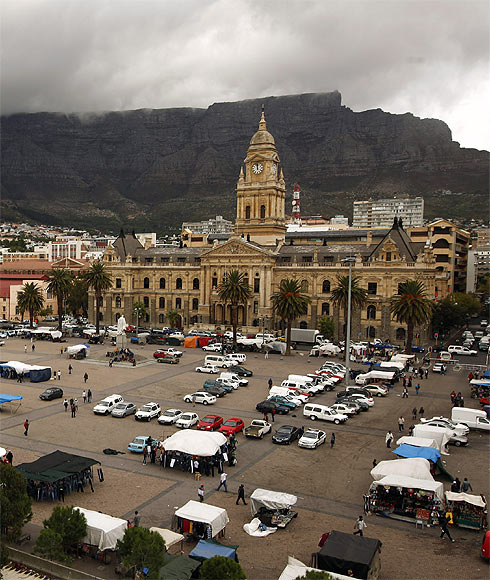 Gold and diamond mining have been the main driving force behind the economy and development of South Africa.

It is one of the world's leading mining and mineral-processing countries.

The unemployment rate in South Africa, however,  is very high, at more than 25 per cent, and the economy is also grappling with high poverty. 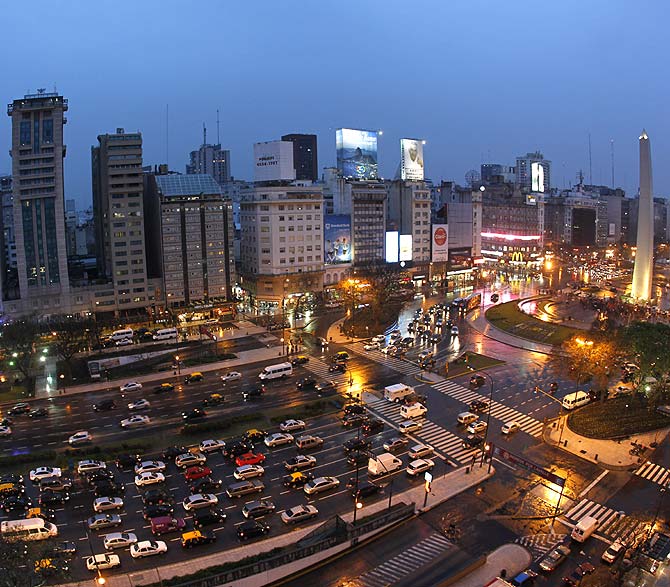 Argentina is Latin America’s third largest economy. The country is rich in natural resources and has an export-oriented agriculture sector and diversified industrial base.

The political-business nexus is high as private enterprises rely on government for allocation of the natural resources. 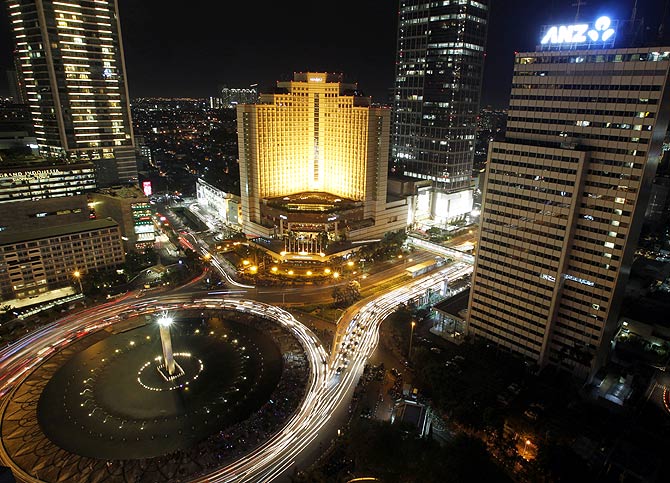 The country has seen a rise in political-business nexus. Indonesia’s rank went up from 18 in 2007 to the current 10th.

The country’s economy can be defined as market-driven. The government, however, still plays a significant role through ownership of state-owned enterprises (the central government owns 141 enterprises) and the administration of prices of a range of basic goods including fuel, rice, and electricity. 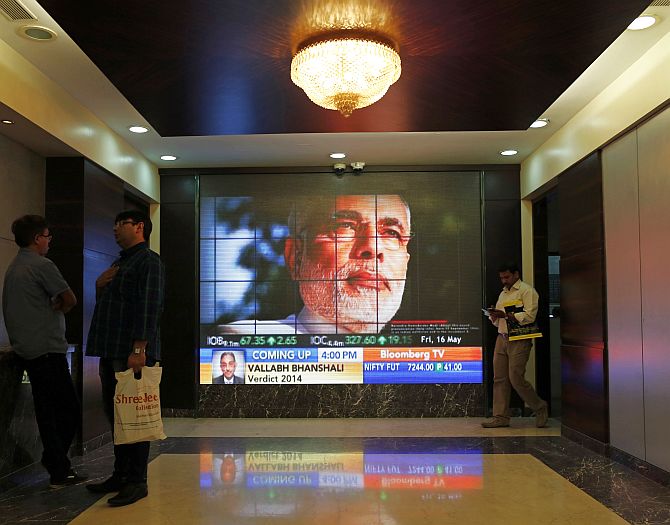 Image: People look at a screen displaying the election results coverage on a screen inside the Bombay Stock Exchange (BSE) building in Mumbai.
Photographs: Danish Siddiqui/Reuters

According to Economist magazine, India’s rank has improved over years. “Recent graft scandals and a slowing economy have hurt many of its financially leveraged and politically connected businessmen," says Economist. The country has, however, seen sectors such as technology, pharmaceuticals and consumer goods thrive. 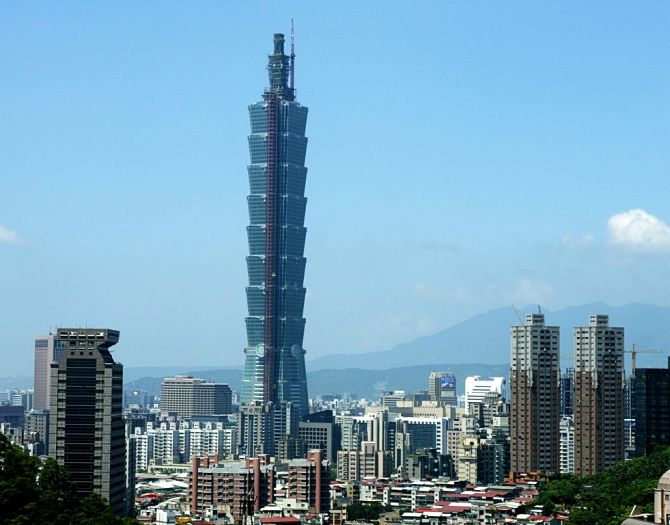 Keeping up with the trend of worsening nexus between politicians and businesspersons; Taiwan has climbed two spots in the past several years. The country was ranked 10th in 2007.

Taiwan has a developed capitalist economy where most large government-owned banks and industrial firms have been privatised. 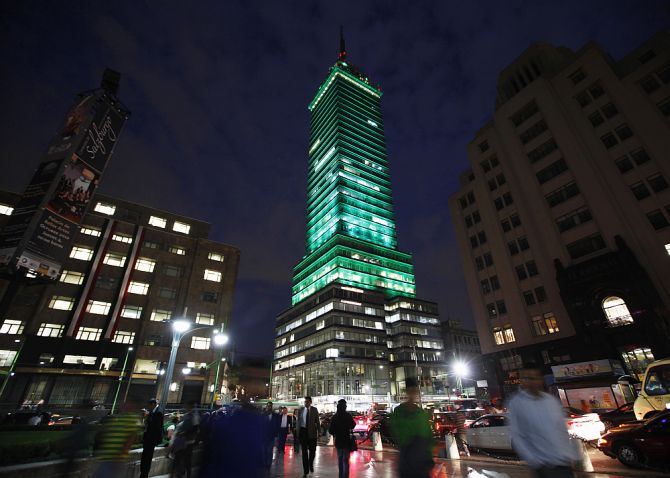 Mexico’s is high up on the list because of one single billionaire - Carlos Slim. He controls the biggest firms in Mexico that are into fixed-line and mobile telephony, according to Economist. 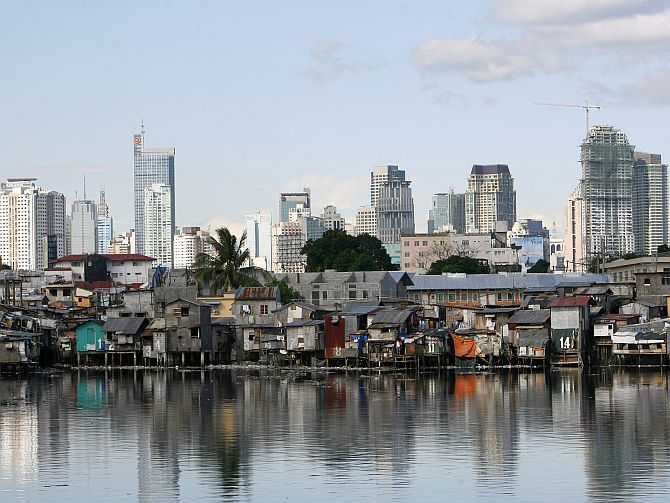 Image: A shanty town is seen in front of the skyline of Manila's financial district of Makati City March.
Photographs: Romeo Ranoco/Reuters

Philippines saw its scores rise because of the businessmen in real estate and natural resources have gained in the past years. In 2007, the country was ranked 9th. 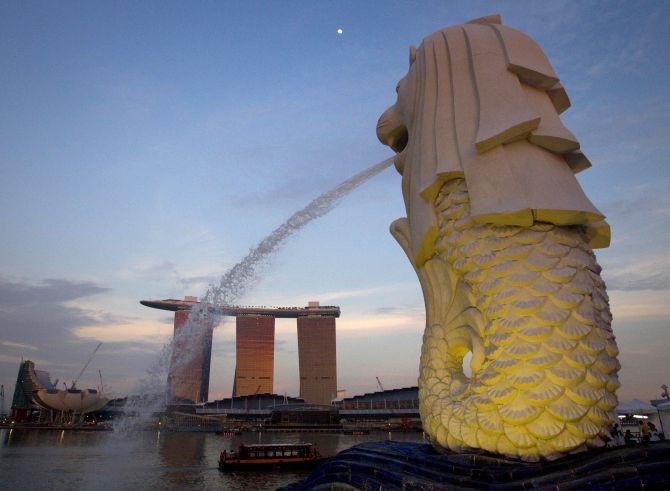 Singapore ranks high due to scarcity of land in the country, which is boosting real estate valuations. This has helped the billionaires to make fortunes in property deals. 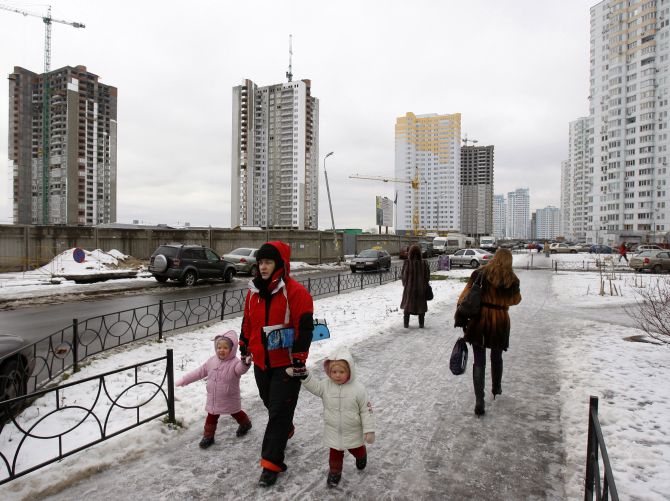 The Ukraine consists of business oligarchs just like Russia; many of them embroiled in scandals. There have been scandals involving selling of government assets at significantly lower prices. 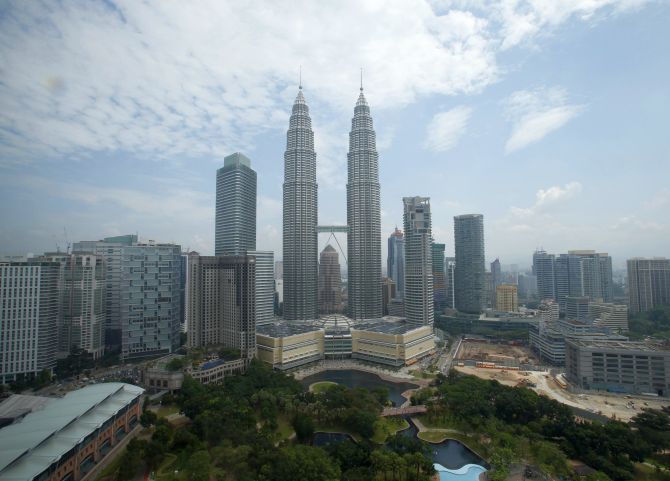 According to Wikipedia, Government contracts are sometimes awarded to well-connected companies, and the policies of awarding huge infrastructure projects to selected Bumiputera companies without open tender continue to exist. 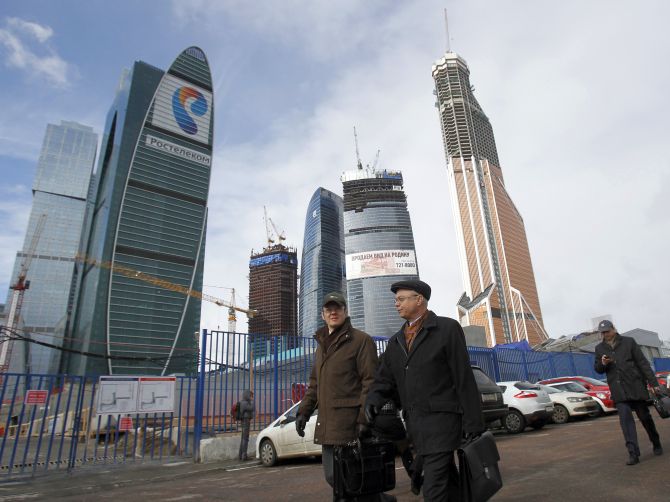 Had there been no land scarcity in Hong Kong, Russia would have top the list of the. In fact, international newspapers are full of reports pointing out that corruption in business and even in daily lives of citizens is the only problem preventing the country from becoming an economic power house. 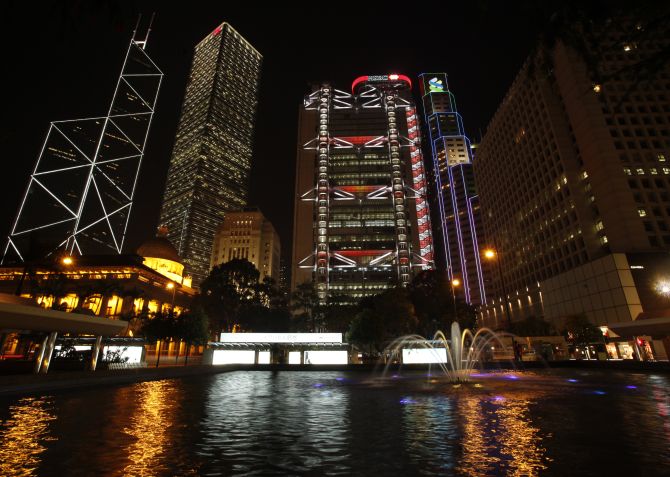 Hong Kong is packed with billionaires in crony industries. It faces the same problem as Singapore - scarcity of land that is leading to wider politician-businessperson nexus.

According to Economist, the country has been ‘lax on antitrust’.