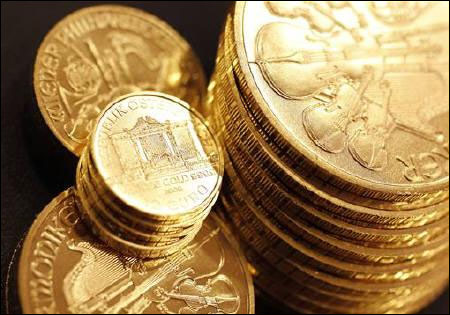 Major bullion bank HSBC Holdings Plc cut its 2013 average gold price after factoring in a 2012 year-end price of $1,675 an ounce.

Macro fund liquidation and uncertainty over the impact of the US "fiscal cliff" led traditional gold investors to shift out of bullion and move to the "sidelines" in late 2012, HSBC analyst James Steel said in a note to clients. The "fiscal cliff" was a term used to describe severe tax rises and spending cuts that were set to take effect at the beginning of 2013.

"We believe that gold prices will recover this year and retain a pronounced bullish posture," Steel said.

"After weakening in 2012, we are moderately bullish on silver prices this year due to a recovery in manufacturing demand," he said.

The platinum group metals are likely to rally in 2013, principally due to supply tightness, Steel added.