Sign in  |  Create a Rediffmail account
Rediff.com  » Cricket » Team India has to improve as a team: MS Dhoni

Team India has to improve as a team: MS Dhoni 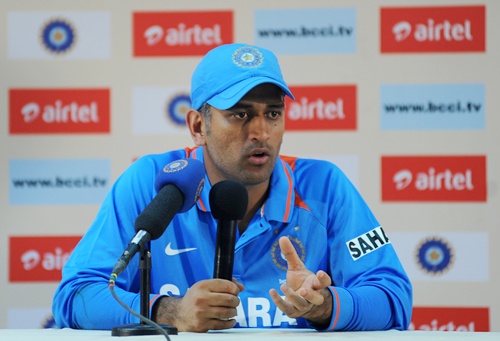 Captain Mahendra Singh Dhoni has admitted that India will have to improve as a team after the hosts slumped to yet another series loss at home on Thursday.

Even though Dhoni praised his bowlers for restricting Pakistan to 250, he came hard on India's famed batting line-up which has been struggling for sometime now and has been largely responsible for the team's forgettable results in recent times.

"I think the bowlers brought us back in the game. I think when we went in to bat, we lost too many wickets.

"In the last 30 overs we needed 180, and the key was to have wickets in hand but we never were in a position," Dhoni said at the post-match presentation ceremony. 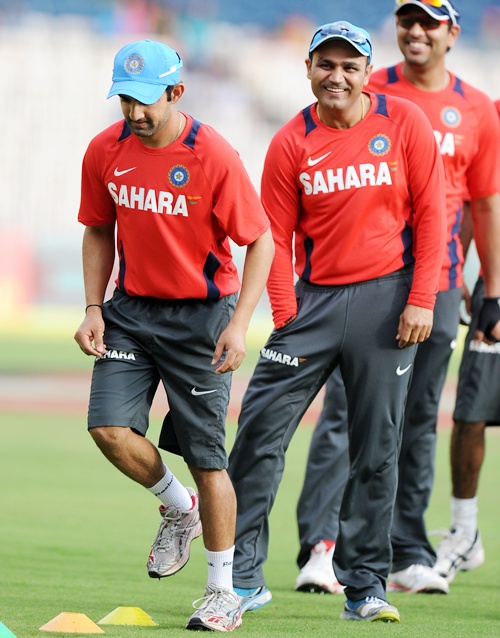 An insipid India produced a pathetic display as arch-rivals Pakistan spanked the hosts by 85 runs in the second cricket one-dayer to take an unassailable 2-0 lead in the three-match series at the Eden Gardens.

"Virat (Kohli) has scored runs for us, but one of the top three needs to be with the middle-order, that will make it easy. We have got the experience in the batting, it is about them coming back to form.

"Overall we have to improve as a team. We are a good fielding side, but we have to bowl well and develop," he added. 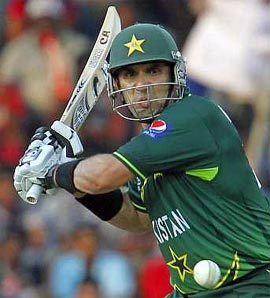 Pakistan rode on Nasir Jamshed's (106) second consecutive century in the series to post 250 all out and then shot out India for a paltry 165 to record a convincing victory with two overs to spare.

Pakistan skipper Misbah-ul-Haq praised Jamshed and Mohammad Hafeez (76) for putting up a match-winning 141-run opening stand, which was key to the visitor's win.

"I think the team really played well, specially the way openers started, they gave us a really, really good start and then the bowlers did the job," he said.

"The way the wicket was playing, I think 300 was on the cards, especially the way the openers were batting." Misbah also lauded his bowlers for dismissing India for a meagre 165.

"I think the bowlers are really doing a great job, especially Junaid (Khan) who is moving it both ways and asking questions of the batsmen. (Mohammad) Irfan has his height and (Umar) Gul also bowled well today. (Saeed) Ajmal and (Mohammad) Hafeez always delivers for us," the visiting captain said.

'I just enjoy my batting' 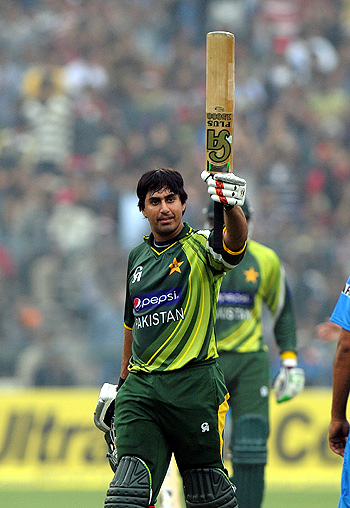 Man-of-the-match Jamshed said playing at the historic Eden Gardens was always a dream for him.

"I just enjoy my batting. The last time I missed the man-of-the-match but lucky this time they gave it to me.

"I just kept a cool mind, and Hafeez played a great innings. Pitch was little bit slow, and I just played according to the ball. It was dream to play in the ground," he said.

The third and final ODI will be played at the Feroze Shah Kotla ground in New Delhi on Sunday.