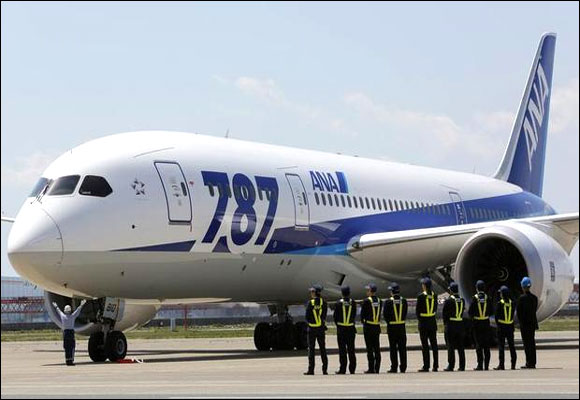 Air India is set to replace all its eight Boeing B-777 (LR) aircraft with the help of the US aircraft manufacturer and make the B-787 Dreamliners its workhorse over the next few years.

The announcement by Air India CMD Rohit Nandan came on a day when two of the airline's six Dreamliners resumed commercial operations and operated regular flights from Delhi to Bengaluru and Kolkata.

While AI-803 made an early morning roundtrip to Bengaluru with 156 passengers and crew on board, AI-020 operated to Kolkata in the afternoon.

"We are replacing all our B-777s with which we have been operating our long-haul flights. "We treat the Dreamliners as a game-changer for us as this aircraft will improve our revenues over the years," Nandan said.

"We will either sell or lease them. We are in the market talking to prospective clients but can't disclose anything more as it's a commercial matter.

"We are already in discussion with Boeing to help us in this matter (talking to prospective buyers). . . . No time limit can be set (for completion of the process of disposing off these aircraft)," the airline CMD said in reply to questions. 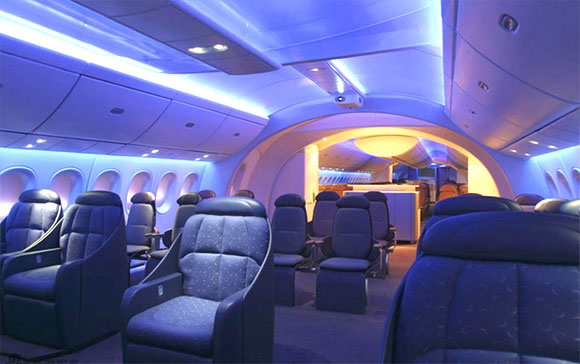 His statement came at a joint press conference by Air India and Boeing to mark the resumption of Dreamliner operations in New Delhi.

Boeing's senior vice president Dinesh Keskar spoke about the refit of new batteries in each of the 50 B-787s which were grounded worldwide since January 17 after two battery-fire incidents involving these planes of two Japanese carriers.

"We are confident that the 787 is safe and we stand behind its overall integrity," Keskar said. 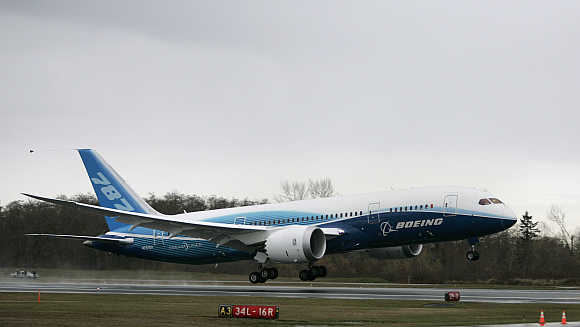 Nandan said Air India, which now has a fleet of six Dreamliners, would get eight more of these aircraft, including one this month itself. It has ordered a total of 27 of these planes, all of which would be delivered by 2016.

Besides Kolkata and Bangalore, Air India would resume Dreamliner operations to London (from May 22), Paris, Frankfurt and Chennai within this month. New destinations to be flown by these planes later this year would be Birmingham, Rome, Milan, Melbourne, Sydney and Moscow. 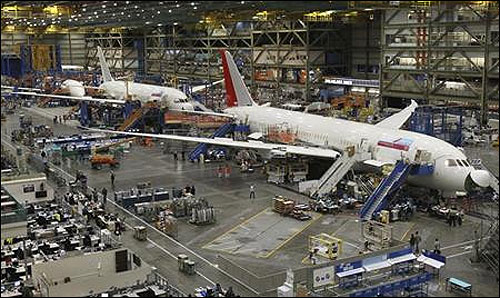 Regarding compensation sought by Air India from Boeing for its losses due to the grounding of Dreamliners for about four months, Nandan said, "We have worked out our losses, but can't disclose figures due to commercial considerations.

"The two of us are in talks and will work out an amicable package."

Asked whether Air India would need more planes than it has already ordered, he said, "As of now, we feel we have an optimal fleet with the 27 Dreamliners.

"We will have 33 more aircraft in our fleet with these 27 planes. . . . We will take acommercial decision based on the situation later."

On whether the Jet Airways-Etihad deal would impact Air India's flight plans, Nandan said, "We are following a completely different model, providing point-to-point service and not with one stop." 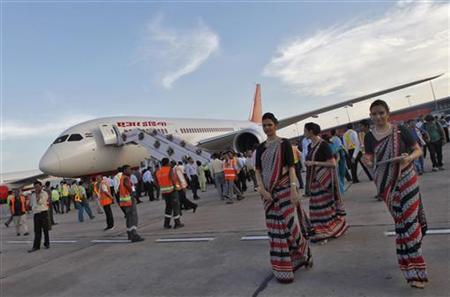 Image: This file photograph shows air hostesses walk next to the parked Air India's Boeing 787-800 Dreamliner upon its arrival at the airport in New Delhi.
Photographs: Mansi Thapliyal/Reuters/Files

Under the Jet-Etihad deal, the two carriers plan to fly from 23 cities in India to various destinations across the globe via Abu Dhabi.

Claiming that Air India would turn profitable by 2018-19 as per the Turnaround Plan, Nandan said this was because of the "huge baggage we are carrying.

"So it will take some time. But we are doing better than estimated in the TAP."

Regarding its staff strength which currently stands at about 39,000, he said over the next five years, 7,700 would retire, while around 15,000 staffers would be transferred to the two subsidiaries on ground handling and MRO (Maintenance, Repair and Overhaul). 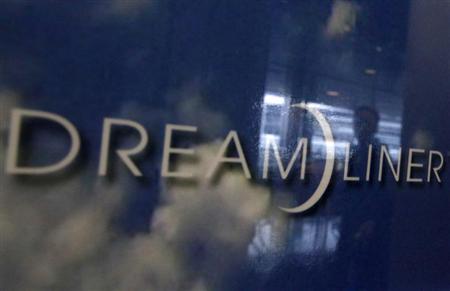 "So, Air India will be left with around 10,000 employees, making it a much leaner organisation."

Asked when the orders for transfer of employees to the two subsidiaries will be issued, the CMD said, "Now since we have won the case by employees in the Supreme Court, the transfer orders may be issued by next week."

The employees had challenged in Bombay High Court Air India's decision to transfer engineers and technicians to Air India Engineering Services Limited and a large chunk of the ground staff to the Air India Air Transport Services Ltd.

After the verdict went against them, the staffers had moved the apex court where they lost again.