Some big ones hoard cash unduly and others borrow to keep up payments to shareholders, possibly prompting Sebi to propose a dividend policy for listed companies 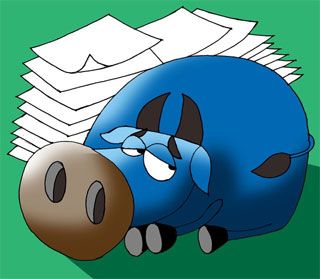 Here's a poser for the founders and the top management at Infosys: Had the information technology major been more generous in distributing its surplus cash over the years to its shareholders, would the promoters have had less incentive to sell their holdings to fund their post-retirement pursuit? Two days ago, the company’s four founders sold around 18 million shares leading to a sharp fall in its share price. The founders together raised around Rs 6,500 crore (Rs 65 billion) from their share sale.

Infosys was sitting on cash and equivalents worth Rs 28,144 crore (Rs 281.44 billion) at the end of March 2014 which was equivalent to 62.6 per cent of the company’s assets at the end of last fiscal -- the highest among all top five IT majors. Had Infosys distributed the cash pile through special dividends, the promoters would have had more cash in hand to play with.

In the last five years ending March this year, Infosys has distributed nearly a third of its net profit as equity dividend. The corresponding ratio for TCS is 40 per cent during the period and would rise further if its payout in the first quarter of current fiscal is taken in account. The company has distributed nearly all of its profits in the first half as mix of regular and special dividend.

Elsewhere in India Inc, the link between profits and dividend pay-out has weakened in recent years. In last five years, the dividend pay-out by BSE 200 companies excluding bank and financials, grew at a compounded annual rate (CAGR) of 20.5 per cent, growing much faster than 12.1 per cent compounded growth in net profit during the period.

This growing disconnect between profits and dividends is what may have prompted Sebi to propose a dividend policy for listed companies. Currently shareholders don’t have visibility of dividend income from their equity holdings even if their company provide earnings visibility. Having a dividend policy will discourage both cash hoarders and as well those who borrow to maintain pay-out ratio. 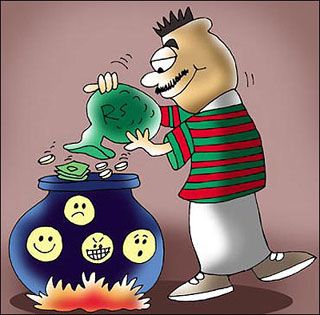 Companies in cash rich sectors such as consumer goods, IT services and pharma have been accumulating cash balances; while those struggling with slow growth and poor profitability such as construction and infrastructure, capital goods and power companies stepped up pay-out to maintain some parity with their past dividends.

The mismatch was highlighted by India Ratings, local arm of Fitch Ratings which suggested that 57 companies borrowed as much as $3.5 billion (Rs 21,000 crore) in 2012-13 to pay dividends, indicating increased indebtedness (or debt to equity ratio) while paying out to shareholders. The report did not give out the name of the companies.

However as Infosys suggests, reverse is also true. Some of India’s most cash rich and profitable companies are accumulating cash at a faster clip. For 18 out of 158 non-financial BSE 200 companies’ cash and equivalents on their books accounted for more than half of their assets. And as many as seven companies reported cash to asset ratio of 75 per cent or higher last fiscal.

"In IT industry strategies can change so the cash acts as a cushion and war chest for them. Whereas in the capital intensive industries assets stay longer on the books so if companies are comfortable with their leverage ratio they get generous with dividend distribution," says  Shriram Subramanian, managing director at proxy advisory firm InGovern.

In all 43 companies reported cash to assets ratio of 30 per cent and higher last year.  Analysts find this wasteful as cash balances earn much less than what companies earn from investment in their core businesses. This dilutes companies’ overall return on equity and weighs on its valuation besides diverting managerial resources on cash management.

"The difference in companies' dividend pay out strategy is quite natural as they operate in different environments," says Amit Tandon, co founder of proxy advisory firm Institutional Investor Advisory Services.  "This is why we believe that companies should be up front about their strategy as shareholders need to know this," he says.

For the entire sample, cash represented 14.5 per cent of company’s assets on average at the end of FY14.

At the end of March this year, the companies in our sample were sitting on cash and equivalents worth Rs 6.6 lakh crore or around $107 billion. The cash pile was up 17 per cent in in FY14 over previous year and it has expanded at a CAGR of 13.44 per cent beating net profit growth of 12.1 per cent during the period. 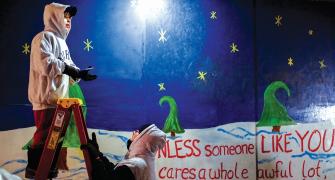 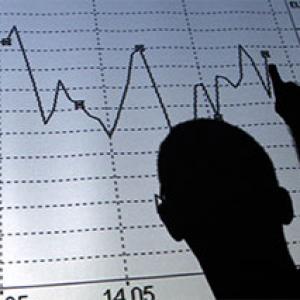 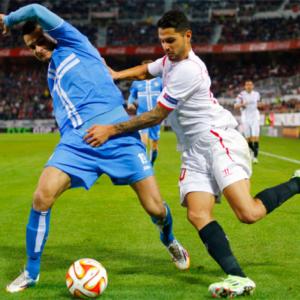