In the past eight months, Flipkart has seen the exits of Mukesh Bansal, considered the right hand man of Sachin and Binny Bansal; Ankit Nagori, chief business officer; Punit Soni, Flipkart’s million-dollar hire from Silicon Valley who headed product and strategy; and Manish Maheshwari, head of the seller business 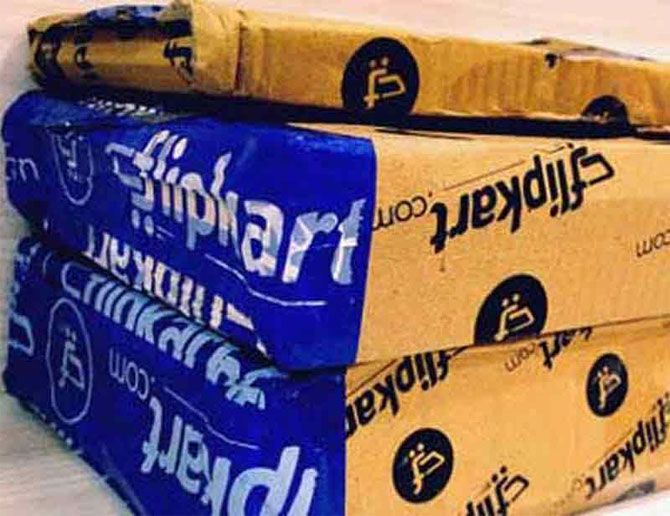 Flipkart has sounded the alarm for stalled growth in India’s e-commerce market while for the first time admitting that it has missed its own growth target.

The sluggish growth in the sector comes soon after the government’s move to restrict discounts on e-commerce marketplaces as part of the new foreign direct investment (FDI) norms.

In a townhall meeting, Flipkart co-founders Sachin and Binny Bansal (not related) revealed the company had missed its growth targets, while addressing employee concerns over layoffs. They admitted that rival Amazon had stolen their customers, but downplayed the role of the US company in Flipkart’s stalled growth.

“The market hasn’t grown and that’s way more concerning than how we are doing against Amazon,” digital media company FactorDaily quoted chief executive Binny Bansal as telling employees. Flipkart declined to comment on Binny Bansal’s statements made during the townhall.

In March this year the government revised its guidelines for FDI in e-commerce marketplaces, mandating that firms such as Flipkart and Amazon could not influence the price of products sold on their platforms. This move is now seen as directly affecting sales on such platforms as customers are unwilling to pay higher prices for products sold online.

Flipkart’s concerns come at a time when the Bengaluru-headquartered company is struggling to attract new customers while rival Amazon is stealing its old ones, forcing it to take drastic steps. Last month, the company laid off close to 1,000 employees saying the move was part of its appraisal process where employees who did not perform were asked to leave.

As Sachin Bansal revealed, this “shape up or ship out” philosophy wasn’t just restricted to employees, but also the top management. Bansal, who stepped down as the CEO of Flipkart in January this year, said the move was “performance linked”.

The frankness of the co-founder might be a rare occasion where top executives at large companies admit to their failures, but it’s also the first time Flipkart is admitting to missing performance targets. Binny Bansal, who took over as CEO of Flipkart, has been putting together an entirely new management team, after several top-level exits seemingly due to their inability to hit targets.

In the past eight months, Flipkart has seen the exits of Mukesh Bansal, considered the right hand man of Sachin and Binny Bansal; Ankit Nagori, chief business officer; Punit Soni, Flipkart’s million-dollar hire from Silicon Valley who headed product and strategy; and Manish Maheshwari, head of the seller business.

Their departures are indicative of two things, Flipkart is culling high-cost senior-level management in order to conserve what little cash it is left with and that no one at Flipkart is above being penalised for not meeting performance targets. Moreover, since it is time for Flipkart to become more focused in the fight against Amazon, many argue there was no one better for that job than Binny Bansal, considered an operations genius who built Flipkart’s logistic arm eKart from scratch.

While Flipkart’s growth has stalled over the past few quarters, Amazon has maintained a brisk pace of growth. According to research firm Redseer Consulting, in the quarter that ended March 31, Amazon overtook Snapdeal to become India’s second largest e-commerce marketplace and closed the gap with Flipkart.

Armed with a $5 billion war chest to win the Indian market by beating Flipkart, the last thing the Indian company needed was tougher market conditions imposed by government policies.