The government has set up a task force to boost investments in infrastructure projects and was in the process of identifying the sectors which needed funding from the Centre, Finance Minister Nirmala Sitharaman said in Chennai on Tuesday. 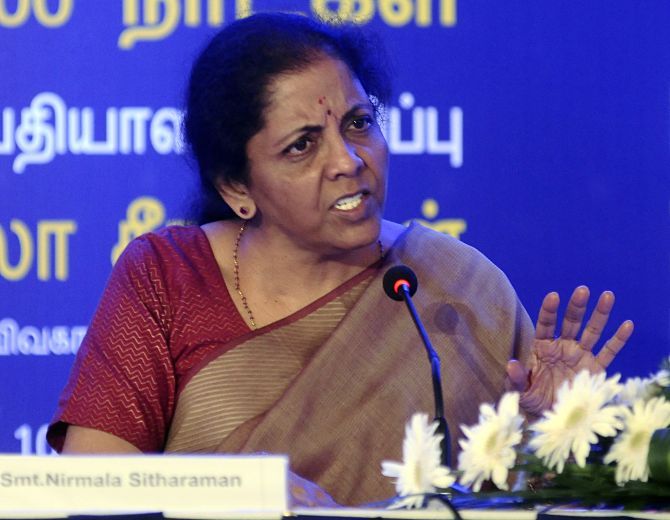 "Government spending has to be speeded up to boost consumption. The best spending (by government) will be on infrastructure.

"We have (already) announced Rs 100 lakh crore and that is the amount which I think has to be speeded up for infrastructure related projects," she said.

Sitharaman was briefing reporters on the topic '100 days of bold initiatives and decisive actions taken by the government.'

"I have appointed a task force to speedily identify the projects so that money can be frontloaded," she said.

The minister said the committee (or the task force) has commenced work and was in the process of identifying those projects which would receive the funding (Rs 100 lakh crore).

The task force, comprising secretaries from different ministries, other senior officials and the Niti Aayog CEO, would identify technically feasible and financially/economically viable infrastructure projects that can be initiated in 2019-20, she said.

Sitharaman said that the government, as part of its move to make India a USD 5 trillion economy, has chalked out various measures, including infrastructure spending and merger of public sector banks, among others. 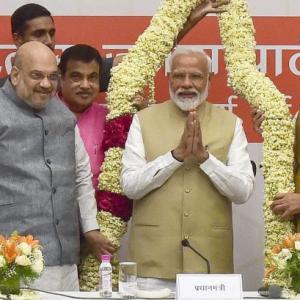 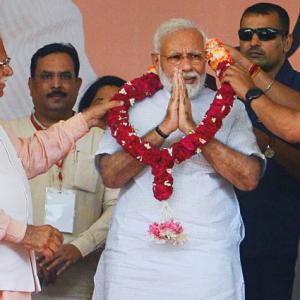