'If the government starts spending this amount that the RBI will transfer to it, then people will have more money in their hands.' 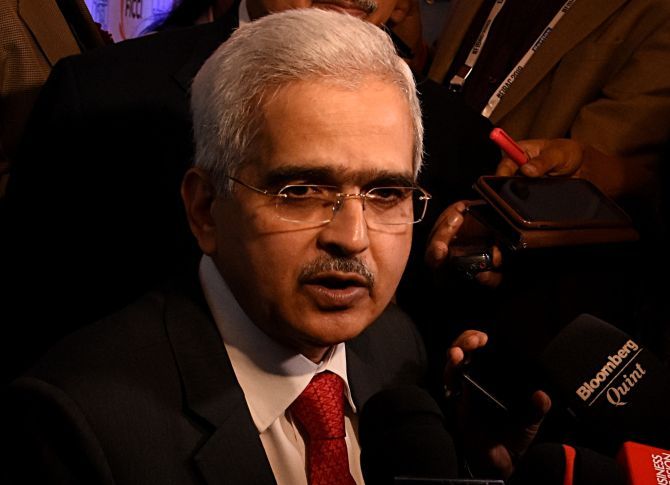 As per the formula set by the Bimal Jalan Committee or the Expert Committee to Review the RBI's Extant Economic Capital Framework, out of the total reserves available with the RBI, it could keep aside 5.5 per cent to 6.5 per cent of its total reserves as Contingency Risk Buffer (CRB) to deal with financial emergencies by managing its foreign exchange and monetary policy operations.

For this year the RBI has set the CBR at 5.5 per cent -- the lower limit of the range set by the Bimal Jalan Committee -- of its total reserves and this formula allowed the central bank to transfer Rs 52,637 crore to the government.

The balance Rs 1.23 lakh crore has come from RBI’s Currency and Gold Revaluation Account (CGRA), which stood at Rs 6.91 lakh crore in 2017-18. The range set by the Committee for calculating RBI’s economic capital stands at 20-24.5 per cent of its reserves.

As the debate over RBI’s autonomy and financial prudence over the transfer of Rs 1.76 lakh crore from its balance sheet – Rs 1.23 lakh crore from RBI’s net income and the excess of 52,637 crore from its Contingency Fund -- to the Government of India rages, Dr Soumya Kanti Ghosh, Group Chief Economic Adviser, State Bank of India, tells Rediff.com's Prasanna D Zore why this transfer will not spell a catastrophic disaster as some economists and government detractors believe.

What makes you say that the RBI's independence is often misunderstood by the intelligentsia?

Whatever I have to say I have said in my report. The interpretation has to be done by the media.

There are lot of (newspaper) reports that say that RBI's independence has been harmed and here I am referring to this intelligentsia.

We would not like to interpret what you mean by that; we would rather hear from you what exactly you meant when you say, 'RBI independence is misunderstood by intelligentsia'.

You don't subscribe to the views of commentators that the transfer of Rs 1.76 lakh crore out of the RBI's reserves is an attack on its autonomy?

A lot of commentators also fear that this transfer could expose India's economy to financial risks?

In this context, there is nothing to fear about all these things (financial risk to India's economy). and that is why I have said that this is misunderstood.

What does RBI's autonomy or independence mean to you?

Your note also talks about the advantages this transfer brings to the Indian government in maintaining its fiscal deficit.

Of course, it will have a positive impact on the fisc. This will help the Government of India not cut on capital expenditure and it will be growth positive.

Do you believe that the transfer would help stimulate demand in the Indian economy?

If the government starts spending this amount that the RBI will transfer to it then people will have more money in their hands through increase in currency circulation and that will help stimulate demand. But this will take time because currently the demand is weak and all such policy impulses take time to transmit through the system.

If the government starts spending today, it will take a couple of months for demand to get transmitted and become visible in the system. It is not immediate as policies work with time lag.

Fears are being expressed about this transfer of money into the hands of the people leading to inflationary pressures because of excess liquidity chasing too few goods?

That is absolutely not the case because right now the demand is so suppressed and inflation has consistently been below 4 per cent for the last three years. I don't see any impact (of the transfer) on inflation (because of additional liquidity in the hands of people) because when the capacity utilisation is only at 70 per cent how can inflation happen? If only the economy is working at full capacity that happens.

Are you also happy with the RBI going with the lower limit of 5.5 per cent of its total reserves being sufficient as contingency risk buffer?

I think it is absolutely fine. It is for the RBI to interpret. This year they have interpreted the limit at 5.5 per cent; next year if the situation demands to raise it to 6.5 per cent they will do it.

Can they then, if the situation demands, take it down to say 4.5 per cent? There is nothing sacrosanct about this limit?

Next year if the situation so demands, they could raise this to 6.5 per cent. This is dynamic capital which could go up and down depending on RBI assessing its balance sheet and economy. 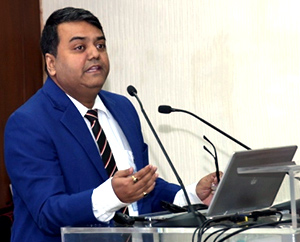 So, no government in the future or this government too can go below this 5.5 per cent limit?

I don't think that is the case now. It is the interpretation of the RBI and will be reviewed only after five years.

Again, a lot of commentators are talking about the RBI compromising its position to deal with any future financial catastrophe because the RBI will have this much less wiggle room to deal with it?

We have been talking about such financial catastrophes since last 70 years and no catastrophe has taken place yet.

90 per cent of Indian banks' deposits are retail in nature and this is one of the most important factors why Indian banks insulated from any global crisis.

If you look at the balance sheet of any other global bank, this figure is around 70 per cent. For India, the ratio of public deposit to banks' total deposits (which is a bank's liability towards its depositors) is more than 90 per cent.

How would you want the Indian government to spend the surplus that has come its way because of the RBI transferring Rs 1.76 lakh crore from its reserves?

As of now the revenue space is limited given the fact that there could be revenue shortfall (muted tax collections) this (transfer) could give a comfortable cushion to mitigate any revenue shortfall and keep the fiscal deficit under control. That is the normal way the government will spend.

Should this transfer go to increasing its capital expenditure?

This transfer could be positive for the government because they need not cut its (budgeted) capital expenditure.