Property sold via HDFC Realty for Rs 58 cr; 60 properties on sale via e-auction 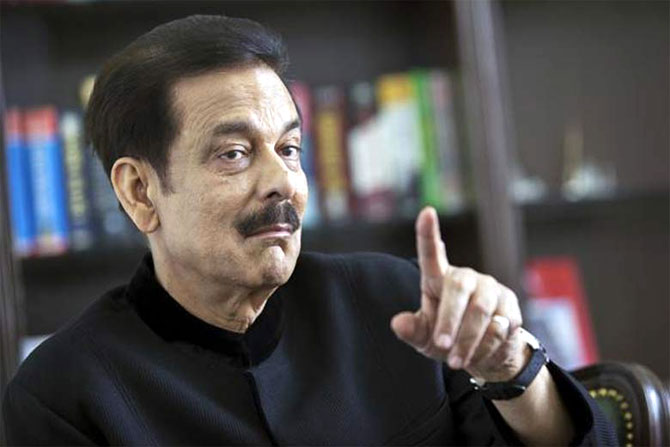 The first-of-its-kind auction of properties undertaken by the Securities and Exchange Board of India (Sebi) to recover its dues from the Sahara group got underway this week.

“In the e-auction that began on Monday, the response of buyers was lukewarm. But, HDFC Realty closed a sale,” said an official familiar with the sale process. The transaction fetched nearly Rs 58 crore, he added without disclosing the location of the property.

The total value of the 67 properties, of which 60 are on sale in the first phase, is said to be around Rs 6,000 crore (Rs 60 billion). The court has allowed the properties to be sold at prices not lower than 90 per cent of the respective circle rates.

Most of the properties under the sale process are in Uttar Pradesh, followed by Madhya Pradesh and Tamil Nadu. These three states alone account for 57 per cent of the assets on sale in terms of value.

SBI Capital Markets, the other agency hired by Sebi for the sale, was yet to record any transaction at the end of the first day. A Sahara spokesperson declined to comment on the sale.

According to the terms submitted by Sebi to the Supreme Court in April, the first sale would fetch a commission of one per cent for the auctioning agency, while the second, third, fourth and fifth transactions would fetch 0.5 per cent commission each.

The remaining deals would get the agencies a commission of 0.4 per cent. The agencies had the discretion to choose any property for sale first. The entire sale process, which would be done through e-auction, should be completed in four months. If no sale happens within this period, the agencies would get a minimum fee of Rs 30 lakh (Rs 3 million).

The Supreme Court ordered Sebi to begin selling the assets of the group in March as the group was unable to shore up the amount required to bail out its chief Subrata Roy, who had been lodged in Tihar jail.

The court had sent to him to jail for non-compliance of 2012 order to return Rs 24,029 crore (Rs 240.29 billion) raised by two group firms to investors along with interest. It had set a bail amount of Rs 10,000 crore (Rs 100 billion) to be paid in two equal parts of cash and bank guarantee.

While Sahara has remitted a significant portion of the cash component over the period, it had expressed difficulties in arranging the bank guarantee.

Later, in May, the court granted Roy a provisional release for 15 days, following the demise of his mother in Lucknow. It has since extended the release till July 11, on the condition that the group deposit another Rs 200 crore (Rs 2 billion). Roy has been on a national yatra thanking employees and investors for standing by the group.

The money raised in the e-auction would go to Sebi-Sahara account.  According to Sebi calculations, the total dues have risen to around Rs 40,000 crore (Rs 400 billion) along with interest.

A list of 71 properties was given to the court in 2013, along with title deeds. Valued by property consultants such as Vastu Kala, GA Advisory, Gandhi Associates and Avi Consultants in November 2013, the properties in 71 locations spread over 7,100 acres were estimated to be worth Rs 20,172 crore (Rs 201.72 billion).

Of these, three worth Rs 11,000 crore (Rs 110 billion) are situated in Aamby Valley and are not being taken up for sale and one property in Vasai is already under a separate sale process. The remaining 67 properties for sale are spread across 17 states. Of these, 60 properties will go on sale in the first stage.