The four south Indian languages grew by 7% while regional languages within the Hindi speaking markets (such as Bhojpuri, Bangla, Marathi, etc) grew by 26%.
Urvi Malvania reports. The year 2018 was the one in which broadcast networks sharpened their focus on regional content portfolios, and reaped benefits of the same.

From expansion of language bouquets and new players in popular regional languages to exploring the potential of regional feeds in genres like sports -- Indian broadcasters put their best foot forward for their non-Hindi content portfolio.

The four south Indian languages grew by 7% while the regional languages within the Hindi speaking markets, or HSM, (such as Bhojpuri, Bangla, Marathi, etc) grew by 26%.

The four southern languages, however, have grown on a larger base.

As a result, the share of regional language viewership in 2018 marginally decreased when compared to 2017.

"2018 was unparalleled in terms of competitive intensity within regional markets, with all major national and regional broadcasters putting their best foot forward to entice viewers," says Kumar.

Broadcasters made aggressive investments in fantasy, mythos, historical, and religious dramas, as well as reality shows and movie premieres -- which did pay off considering the growth seen in viewership, and consequently in advertising revenues.

"Viewers are consuming more progressive content and we are seeing an appetite for newer stories with strong protagonists and we have replicated this in our content across all our languages," adds Shah.

"In terms of content," Kumar says, "good concept got turned into multi-languages this year, leading to content with enriched production value, high tech equipment, and exotic shoot locales and picking up relatable stories."

There are pitfalls as well.

"Despite aggressive investments and experimentation in the non-fiction space, non-fiction format show ratings continue to lag behind their fiction counterparts. The challenge is to create scripted reality that rates at par with the best of fiction. The usual formula blockbuster movie premieres have also not seen much traction on television," he adds.

It does run a Bengali general entertainment channel Sony Aath, but it was an acquisition made by the network a while back.

Ajay Bhalwankar, business head, Sony Marathi, says in its first year, the channel leveraged the scale provided by the network.

It also tried to bring forth compelling content combined with the local connect with well researched and carefully curated content.

Since the challenge was to create a space for itself in a market where there are established players, though the appetite for content in the market is great.

"One can't be predictable in terms of ideation or execution while aiming to carve a differentiated space for a brand. Innovation has been a backbone to the entire process of shaping up Sony Marathi. It started right with the way our internal team as it consists of people from various industries, distinct backgrounds, interests and experience," adds Bhalwankar.

While 2018 saw regional TV grow its viewership base, there were some challenges.

"The emergence of fast paced and finite digital content has struck a chord with viewers, bringing about a revaluation of television content by broadcasters," says Kumar.

"Also, the rapidly changing distribution landscape, implementation of digitization and BARC panel expansion has resulted in seismic changes. Getting advertisers to equate print and television via a common currency namely reach/GVM continues to be a major challenge," Kumar adds.

Having said that, broadcasters continue to be positive about regional TV channels going into 2019.

"TV consumption in regional markets is increasing rapidly and as a network, we will continue to drive a deep cultural connect with the viewers through our differentiated content offerings," says Shah.

"At an industry level we are seeing the regional television space across all genres witnessing an uptick in viewership."

Going Local From North To South 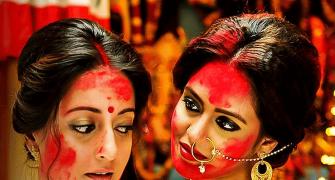 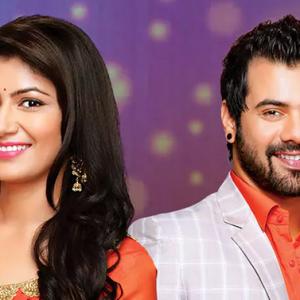