The train covers the distance in 19 minutes, with a 30-second halt at each station. 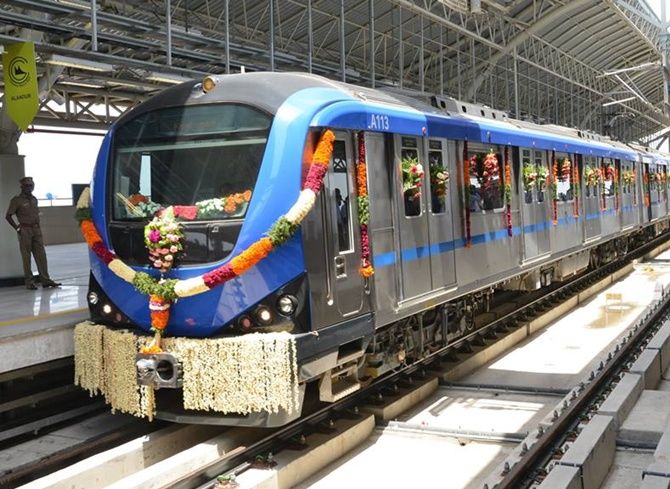 The much-awaited Chennai Metro Rail was launched on Monday by Chief Minister J Jayalalithaa, from her office via video conference. 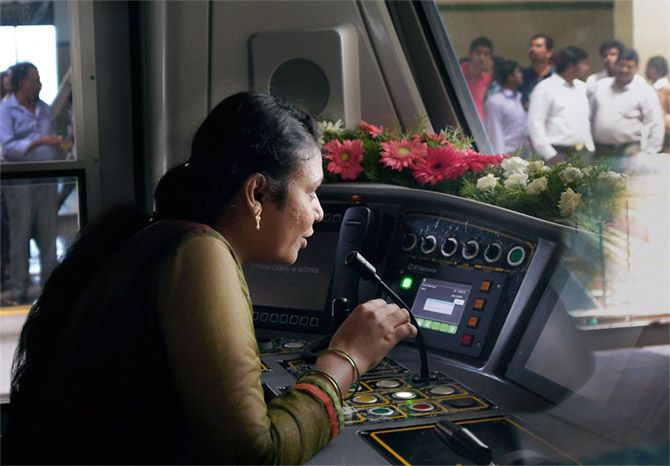 The first train, steered by two lady drivers, started from Alandur and headed to Koyambedu, a 10.1-km stretch which takes an hour by road.

The train covers the distance in 19 minutes, with a 30-second halt at each station. The service would be from 6 am to midnight. Image: The service would be from 6 am to midnight. Photograph: PTI

Rail stations were akin to cinema halls, as excited people tried to grab tickets. The minimum fare is Rs 10 and the full fare for the entire stretch is Rs 40.

Special class fares are double. For the same full stretch, a city bus charges Rs 11; for an air-conditioned one, Rs 30 a passenger. An auto rickshaw fare would be Rs 200-250.

A look at Metro Rail across India 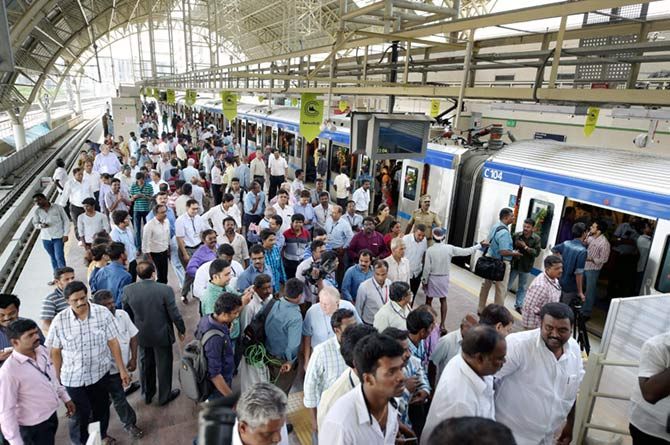 According to Delhi Metro Rail Corporation, a distance of 10.851 km (Adarsh Nagar to Chawri Bazar) would cost Rs 16, and the time taken 19 minutes. 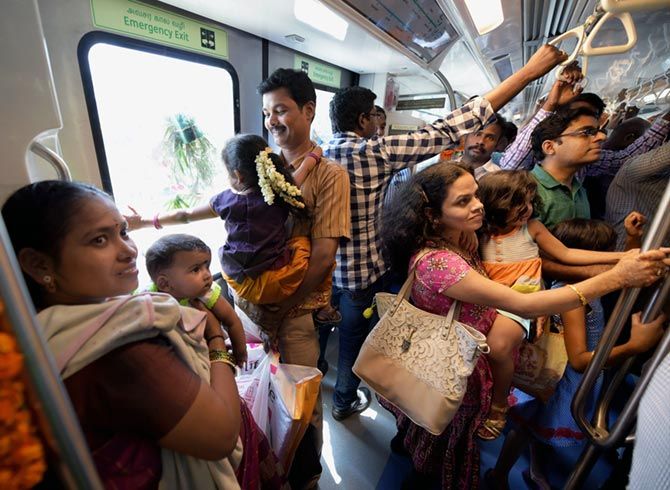 Each train in the Chennai Metro can carry 1,276 passengers. Seats are available for 176. Coaches are installed with LEDs and speakers. Of the project cost, the central and state governments would contribute around 20 per cent each; Japan International Cooperation Agency would fund the rest. 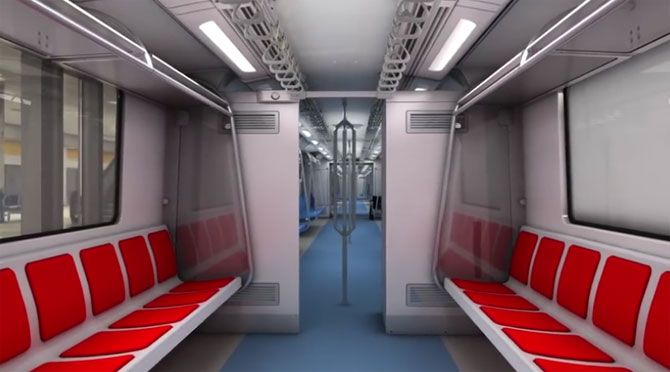 Project work began in 2007. Phase-I is to have two corridors, a 23.1-km stretch (Washermanpet to Airport) and another of 22 km (Chennai Central to St Thomas Mount).

Officials say they hope the project will be complete by next year. A presentation has been made to the government, for the 60 km here, all underground. 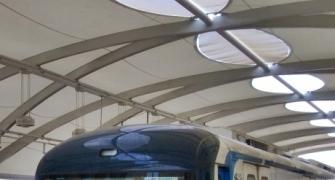 Chennai Metro may be flagged off in next few days