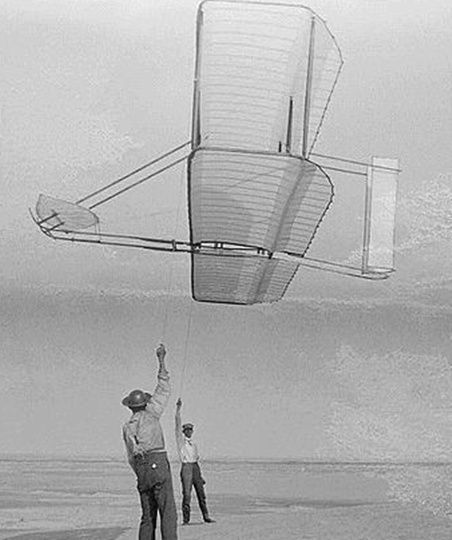 It is not the first time the Wright brothers have been accused of dishonesty. In 1906, an editorial in Paris Herald famously wondered if the brothers were "flyers or liars".

To this day, some reject the American duo's 1903 flight for relying on a catapult and believe that a Brazilian aviator, Alberto Santos-Dumont, was the first to prove that a heavier-than-air machine could take off on its own.

Another aviator, Gustave Whitehead, later argued he had tested powered machines as early as 1901.

But assertions that an Indian by the name Shivkar Bapuji Talpade had invented the modern aircraft eight years before the Wright brothers, as recently brought into discussion by a controversial paper presented at the Indian Science Congress in Mumbai, seem rather off course.

He ostensibly named it Marutsakha (friend of the air) and flew it at the Chowpatty beach in Mumbai in 1895. While hinting that Talpade's work should be recognised, Anand Bodas, who presented a thinly-substantiated paper at the Science Congress, also spoke of ancient Sanskrit descriptions of vimanas that were 60X60 feet in size and travelled across countries, continents and even planets.

Various alloys for aircraft manufacturing are mentioned in Maharishi Bharadwaj's Vimana Samhita, he claimed, adding that "the young generation should study the alloys and make them here". 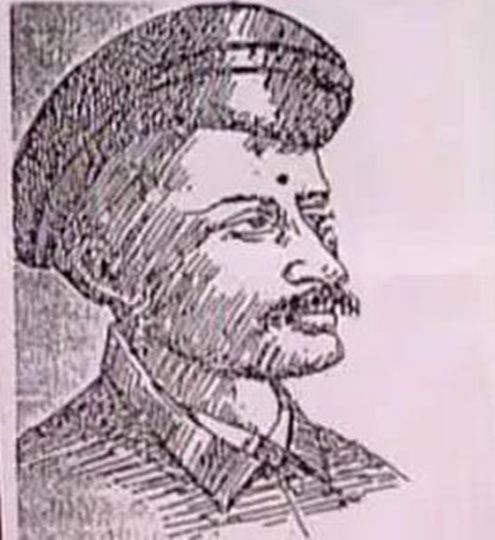 Over the years, the truth about Talpade is indistinguishable from layers of jingoistic embellishment that unofficially call him the "first man to fly an aircraft".

A quick search online shows that the event is most often discussed in forums on nationalism and pride routinely outweighs research in these posts. One Hindi news channel even ran a segment recently declaring, "Wright brothers wrong thhe" (the Wright brothers were wrong.)

Such claims may be doing more damage than service to what were seemingly humble efforts by the inquisitive Talpade, reckons city historian Deepak Rao.

In fact, the two inventions are not comparable because unlike in the American aviators' case, Talpade's machine is said to have been unmanned. Besides, the first recorded instance of an unmanned flying machine is of John Stringfellow's steam-driven one in 1848.

Born in 1864, Talpade was a technical instructor in the art and craft department of Sir JJ School of Art, Mumbai.

He was also a member of the Arya Samaj and had a keen interest in studying Sanskrit, according to Pratap Velkar who wrote Pathare Prabhuncha Itihaas, a Marathi book about the community to which Talpade belonged.

Talpade is believed to have come across the writings of Krishnaji Vaze on aviation, which were influenced by Vedic texts but had never been practically tested before.

In his craft workshop at the art school, Talpade reportedly began thinking about the motion of wheels while making model cars and of wings while drawings birds. These led him to attempt creating machines that could take off, writes Velkar.

An architect-turned-historian, Velkar pieced together information about Talpade through interviews with his niece, Roshan, close relative Chandrakant and with some essays by Talpade's student, P Satawlekar.

"My father would sometimes tell me about this flight. I was doubly curious because we lived only two buildings away from Talpade's old residence on what is now called Dr Nagindas Shah Marg in Girgaum," says the author.

Talpade had no descendent after a son who remained childless. Velkar learnt that the skeleton of the damaged aircraft had gathered dust for many years in a farmhouse at Madh and the children of the family would sit in it, pretending to fly.

Talpade's aircraft was later sold to Rallis Brothers, according to some versions of the story. Rallis India (a Tata company) did not respond to a request for information.

Years after his death in 1917, Talpade's drawings and research material were accessed by GH Bedekar, a scientific officer in the Ministry of Defence in New Delhi. Some parts were sent to Hindustan Aeronautics in Bangalore, but aviation historian Anuradha Reddy who attempted to trace these recently was not successful. 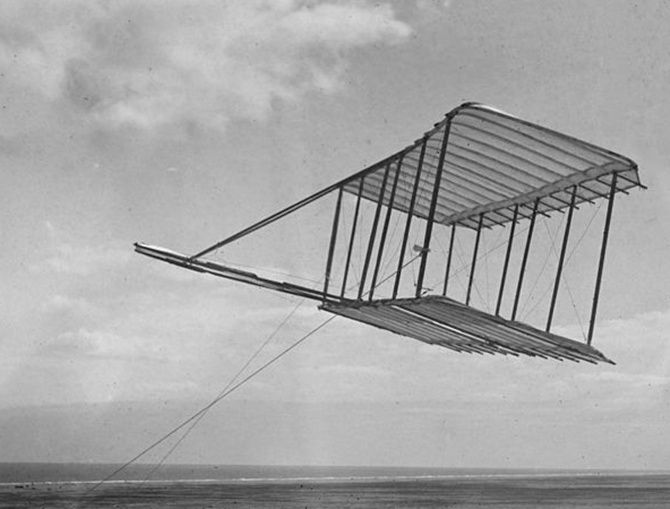 Various accounts also suggest the presence of Sayaji Rao Gaekwad III, then the Maharaja of Baroda, at the Chowpatty show. Mahendrasinh Chauhan, a member of the Baroda family, says he is unaware of this incident.

"There is no record of it as far as I know. He funded one or two gliders but they were manned and built in 1910-15." The University of Baroda, which maintains details on the Maharaja's contributions to technical education, says several books by experts in its library "do not give any indication in this direction".

Velkar's findings about the live demonstration were that it included local builders, engineers and onlookers but not royals. "It was a sport. More like a magic show or circus, not a heavily publicised and government-aided event."

When the liquid mercury in Marutsakha reacted with sunlight, it released hydrogen, which being lighter, than air, helped to propel the contraption, says Velkar. Notes about Talpade's achievements widely shared online state the plane flew to a height of 1,500 feet and stayed up for some minutes.

Velkar dismisses this saying it rose to a small height and "crashed within moments". In an interview to The Indian Express, Hawaizaada director Puri talked of other inconsistencies.

"Some say his craft was conical, while others say it resembled a space ship. There is even a claim that he used urine, not mercury as fuel."

Talpade is then said to have appealed for funds for a second aircraft with wings but did not have luck.

At the time, the British rulers were seemingly cautious about developments that would aid anti-government activities. Attempts to finance his work were suppressed. However, this could not be confirmed.

Things get murkier as Talpade is later also supposed to have been guided by Subbaraya Shastri, a mystic from Bangalore who wrote the Vaimanika Shastra that explains several aviation principles of ancient India.

Further, these writings published after 1904 say Talpade was trying to build an aircraft but was not successful in making them fly, as noted in a 1974 analysis of the principles by the Indian Institute of Science.

The critique also said the theory was "highly unsound". Indologists have continued to explore the concepts though.

Italian journalist Enrico Baccarini, who has been studying and writing books on the history of vimanas, says: "We are rediscovering a large amount of ancient Indian texts and traditions that not only speak about the beginning of Hindu religion but conserve inside them a more advanced knowledge that, in some cases, seems to be highly technological."

It is likely that Talpade was the first Indian to attempt the building of flying machines but it is difficult to describe with certainty the nature of those experiments or the extent of their success. An early reference to the apparent Chowpatty flight was in Vimana in Ancient India, a book by Sanskrit professor D K Kanjilal in 1985.

Over the telephone, Kanjilal says that among his sources was an article from Marathi daily Kesari. Yet, a documentary film maker who does not wish to be named says his search through archives of Kesari did not yield any such news from 1895-1905.

It emerged later that the snippet was written only in 1952, and a year later, the erstwhile editor of the paper, GV Ketkar, said it was not entirely reliable as the demonstration has not found mention in Talpade's own articles in Arya Dharma from 1904-1908 or his book, Prachin Viman Kalecha Shodh. It is not clear where Talpade's writings are archived currently.

"While we cannot confirm it, we cannot outrightly dismiss it either. Events in 1895 were not well-recorded and we are not great at preserving documents," says historian Reddy.

She reasons that the Wright brothers flew a manned aircraft in 1903 and the first such flight in India was in 1910. The gap between those years and 1895 is not so wide and it is possible a man had been toying with unmanned aeroplanes in that period, says Reddy.

"Unfortunately, his history and his work have been forgotten," says Baccarini, adding that careful research is needed to rediscover it. However, what is evident is that in the absence of reliable documents, history has been open to manipulation. As the Paris Herald editorial of 1906 observed during a time when aviation technology was still in early stages of discovery, "It is difficult to fly. It is easy to say we have flown." 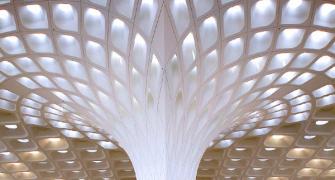 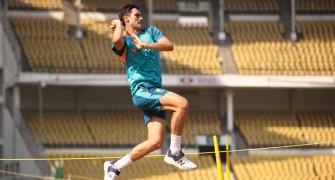 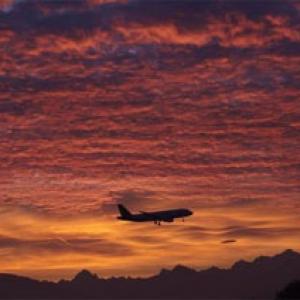