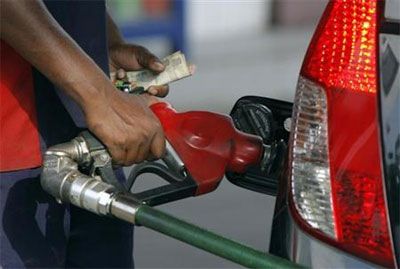 Petrol price was marginally hiked by 5 paise a litre and diesel by Rs 1.26 a litre, the fourth increase in rates in six weeks.

Petrol will cost Rs 65.65 a litre in Delhi from midnight as compared to Rs 65.60 per litre currently, Indian Oil Corp, the nation's largest fuel retailer, announced.

This is the fourth increase in auto fuel prices since May 1. Petrol price was last hiked by Rs 2.58 a litre on June 1 and diesel by Rs 2.26 a litre following oil prices crossing $50 per barrel mark.

Petrol prices in the four hikes have been raised by Rs 4.52 a litre, while diesel rates have gone up by Rs 7.72 per litre.

“The current level of international product prices of petrol and diesel and rupee-US Dollar exchange rate warrant increase in selling price of petrol and diesel, the impact of which is being passed on to the consumers with this price revision," IOC said in a statement.

Barring an exemption on April 16, when price of petrol was cut by 74 paise a litre and diesel by Rs 1.30, the upward trend in rates has been a phenomenon since March 17.

Petrol price was increased by Rs 3.07 a litre on March 17 and Rs 2.19 per litre on April 4. In case of diesel, there were four straight hikes prior to that cut. The hikes totalled Rs 4.63 per litre.

After discounting the April 16 reduction, petrol prices have jumped by Rs 9.04 per litre since mid-March and diesel by Rs 11.05 per litre.

The movement of prices in the international oil market and rupee-USD exchange rate shall continue to be monitored closely and developing trends of the market will be reflected in future price changes, IOC added.

Source: PTI© Copyright 2020 PTI. All rights reserved. Republication or redistribution of PTI content, including by framing or similar means, is expressly prohibited without the prior written consent.
Related News: Indian Oil Corp, USD, Delhi
SHARE THIS STORY
Print this article