The Reserve Bank had submitted a list of 150 top loan defaulters who owe banks more than Rs 500 crore in a sealed cover to the Supreme Court. 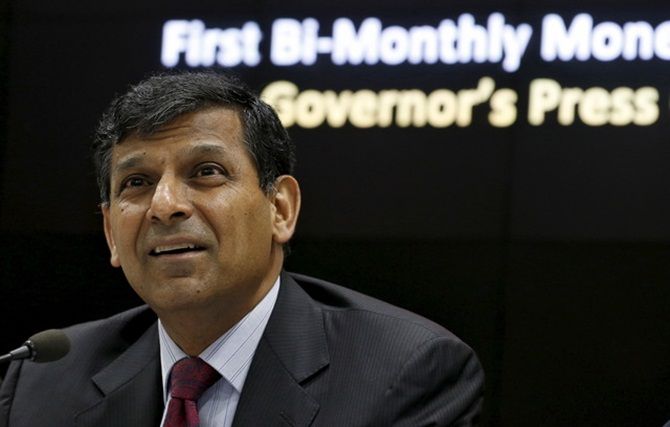 Rejecting calls for naming and shaming of all big defaulters, Reserve Bank Governor Raghuram Rajan on Tuesday said it will lead to undue panic and kill business activity.

"We believe that any act of default without understanding the severity of the issues (that led to the default) and if it is put out for public to consume, it may create both a loss of business as well as an undue anxiety and panic, and therefore, chill business activity," Rajan said at the post-policy conference here.

"I don't think we want that kind of a move. That was our plea to the Supreme Court that please keep the list of names confidential. There are elements that can be disclosed but let us not disclose it now," he said.

Rajan, however, was quick to add that the RBI does not have any problem with publishing the names of willful defaulters because that is where the promoters have, in the eyes of the bank, taken them for a ride.

"In those cases where the bank has gone through a legitimate process to declare the promoters wilful defaulters, can be made public," he said while answering a query on why the central bank does not want to disclose names of the big loan defaulters.

RBI, on March 30, had submitted a list of 150 top loan defaulters who owe banks more than Rs 500 crore in a sealed cover to the Supreme Court with a submission that their names be not disclosed as it may have "adverse impact" for business and may "accentuate failure of businesses".

The court was hearing a 13-year-old public interest litigation by filed by the Centre for Public Litigation on bad loans, and RBI through an RTI reply said public sector banks had written off a whopping Rs 1.14 trillion (Rs 1.14 lakh crore) between 2012-13 and the third quarter of 2015-16.

The court's order to submit names of big defaulters came after the RBI identified as many as 150 top corporate defaulters such as Essar Group, Kingfisher Airlines promoted by Vijay Mallya, Zoom Developers, Winsome Diamonds and S Kumar's and asked banks to label those accounts as bad loans and make appropriate provisions.

RBI also gave a March 2017 deadline to banks to clean up their balance-sheets, which had banks reporting higher bad loans in the December quarter, taking the total quantum of bad loans and stressed loans to over 13 per cent of the system.

Rajan said the act of default happens in business and sometime it is not because of one's own fault.

He said he gets letters every day from companies saying default is not their fault and it has happened due to weak demand, low prices, due to dumping by foreign companies, delays in government permissions, court rulings, among others.

"...there are a variety of reasons why a project gets into trouble. To put the promoter up for all to see that this person defaulted, without details of why they defaulted, and details sometimes are hard for a lay person to understand because they are intricate details," Rajan said.

"After all, if you are a promoter why would you take any risks if at the slightest chance of default your name is put up in public to  shame you," the Governor said.

He also said there are court rulings preventing banks from publishing the names of even wilful defaulters.

"In fact, some courts have prevented banks from making those lists public. That's something that if there is a judgement along those lines, we have no problem," the Governor said. 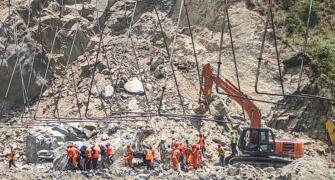