A substantial fluctuation is likely because for a long period gold has moved in a narrow range of $ 50-60 and at higher levels short positions were built.

Gold prices seem to have entered a long-term bull phase and saw a rise of 11 per cent in just one month.

This rise is one of the fastest, resulting in the prices reaching their highest in six years in the international market.

The India price is at an all-time high with demand drying and sale of old gold and jewellery reaching its peak.

A 11 per cent rally in gold price in just a month is the highest after March 2016.

In the short term, analysts are, however, advising caution.

However, a fall after that brought the yellow metal down by almost half but it could protect its $1,000 support.

This time, the rally has been because of a combination of factors like the European Central Bank’s (ECB) unexpected move to turn more dovish, the US Fed following the ECB with a dovish message and Iran shooting down an unmanned US drone.

Nigam Arora, a noted US-based market analyst and author of the Arora report, said, “For the short term, relative strength index or RSI on both daily and weekly charts is overbought.

"This indicates a high probability of a pullback in the short term if the news flow stops being supportive. However, overbought markets can easily become more overbought if there is further good news.”

Market experts now wait for the most crucial meeting between US President Donald Trump and Chinese President Xi Jinping on Saturday when the world’s 20 leading countries leaders meet in Osaka from June 28 to June 29, under the G-20 banner.

Arora said, “If the two sides strike a good long-term deal (to put an end to the trade war), the probability is high for gold to fall as much as $100 in a short period of time.

"On the other hand, if the acrimony between the two sides drastically worsens and Trump goes ahead with additional tariffs, gold moving by as much as $200 over a period of a few days cannot be ruled out.”

A substantial fluctuation is likely because for a long period gold has moved in a narrow range of $ 50-60 and at higher levels short positions were built.

Short sellers have been trapped in this rally and were forced to cover positions, giving a further push to prices.

However, if there is a soothening report indicating subsiding tension, short sellers may turn aggressive and sell more.

He said, “We advise caution in the short term as the sharp rally could see some correction, but investors can look to buy in case of dips.

"Gold has under performed compared to other financial assets over 3-4 years and it started to catch up since a year now. We believe that the momentum in gold prices would continue to push further.

They buy in exchange-traded funds (ETFs) and the largest gold ETF is SPDR, which in the last one month, has seen a jump of 8.5 per cent in holdings to 802 tonnes.

Arora said, “The gold chart shows a bottoming pattern followed by a breakout. This is highly bullish for the long term.”

Philip Newman, director, Metal Focus, said on Tuesday, “There is considerable room for investor positioning (long positions) to start to grow further later this year, when we believe conditions will begin to turn decisively more supportive of a higher gold price.

"In particular, as the US economy loses momentum, this will feed through into a sharper drop in equities.”

Get Rediff News delivered into your Inbox.
Rajesh Bhayani in Mumbai
Source: 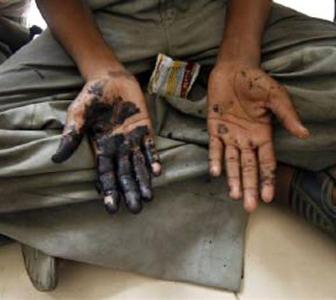 How India can gain from US-China trade war 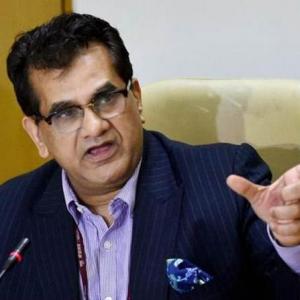