Will Modi govt manage to push labour reforms this time?

After assuming power in 2014 with a full majority of its own, the BJP-led NDA government started an ambitious process of reforming labour laws in the form of codes aimed at making the framework less cumbersome with a variety of alterations.
It had planned four codes each for industrial relations, wages, social security and welfare, and occupational safety, health and working conditions.
To this end, 35 central labour laws were to be converted into four codes that would have had the virtue of streamlining labour relations.
But none of the proposed code Bills could be converted into a law principally because neither trade unions nor industry representatives came on board.
They hold the key to India's low-growth-high unemployment paradigm but the government may struggle to push them through this time as well. Somesh Jha explains why 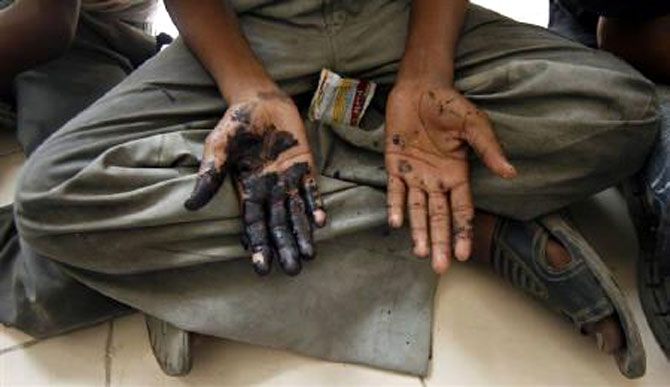 Now that the government has officially acknowledged that unemployment is at an all-time high of 6.1 per cent and the National Statistical Office has shown that Gross Domestic Product has hit a five-year low, minds in the new government have been concentrated on labour reforms as the first step on the road to economic revival.

This will mark Prime Minister Narendra Modi’s second attempt at reorienting labour policies to augment workers’ rights as well as giving more flexibility to businesses in hiring labour for their factories.

Soon after the meet, the labour and employment ministry already moved two set of laws - one on social security and the other related to occupation safety health and working conditions - for seeking comments from other ministries.

Flexibility in the hire-and-fire policy has been a key demand of trade and industry for at least two decades, but no government has been able to deliver meaningful change.

Thanks to a law set in place under Indira Gandhi, factories with more than 100 workers need to seek permission from the government to retrench workers or close their units.

In 2001, Yashwant Sinha, as finance minister in the Atal Bihari Vajpayee government, had tried to introduce a small relaxation by raising the cut-off to 1,000 workers.

This law is a big hurdle in the way of large establishments wanting to increase their workforce.

In its present tenure, the government has decided not to give priority to the changes it had proposed during its previous tenure to ease retrenchment norms and toughen flash strikes by unions.

The government would do good by easing labour law compliance norms overall for the industry.

There are 35 labour laws in the country at present.

The compliance complexity is such that most establishments remain small to get round labour law compliance, which demands heavy paperwork and inspections: 98.34 per cent of establishments employed less than 10 workers, according to the Sixth Economic Census 2013-14.

Most establishments need to pass some type of social security benefit to workers - either in the form of insurance, provident fund or gratuity - the moment they hire 10 or more workers.

This is seen as a burden by industries.

This enforced miniaturisation impacts productivity and the kind of scale that India needs to compete efficiently in world markets, and partly explains why exporters struggle.

“Garment factories in Bangladesh and mobile phone manufacturing units in China employ thousands of workers but in India, there are small and fragmented factories mainly due to stringent labour laws," said Pradeep Bhargava, president of the Mahratta Chamber of Commerce, Industries and Agriculture.

Labour-intensive manufacturing units would provide a silver bullet of sorts to the low growth and high unemployment paradigm that currently assails the Indian economy.

So how can the Modi government sort out these issues in its second term?

First, a look at its labour reform proposals it had set out in its first term.

After assuming power in 2014 with a full majority of its own, the BJP-led NDA government started an ambitious process of reforming labour laws in the form of codes aimed at making the framework less cumbersome with a variety of alterations.

It had planned four codes each for industrial relations, wages, social security and welfare, and occupational safety, health and working conditions.

Labouring for reform: Key points of CII’s 100-day memorandum
Codification of labour laws
Labour inspection and documentation process should be simplified and standardised
Fixed-term employment should be implemented at the state-level for allowing flexibility
Government should desist from fixing a national floor for minimum wages and give the power to the States
Provide child care subsidies to enhance female labour force participation rate under Maternity Benefit (Amendment) Act, 2017

To this end, 35 central labour laws were to be converted into four codes that would have had the virtue of streamlining labour relations.

But none of the proposed code Bills could be converted into a law principally because neither trade unions nor industry representatives came on board.

The unions had raised the most objections to the codes on industrial relations and social security.

And some industry representatives feel that four codes amounted to three too many.

"We need a single code for labour laws instead of four codes.

"Why should there be a multiplicity of definitions and authorities?

"It helps no one and is a major hurdle for the industry.

"A universal enterprise number should also be pushed which can be linked to the Goods and Services Tax (GST) instead of an establishment obtaining multiple set of numbers from authorities," said Manish Sabharwal, chairman of Teamlease Services, a recruitment and online jobs portal.

Sabharwal added that the government should also make the Employees' Provident Fund scheme, currently compulsory for all non-contractual employees, an optional benefit, reducing costs for employers and increasing in-hand salaries for employees by doing away with compulsory savings.

Those employees who prefer some sort of long-term saving should be given the option to choose between the EPF and the National Pension Scheme, he added.

These suggestions, too, have been in the air for at least five years, but with the government announcing a fresh initiative, the Confederation of Indian Industries (CII) held a series of internal meetings to discuss the immediate changes required in the labour law framework.

Those discussions have been distilled into a 100-day memorandum, which it submitted to the labour and employment ministry recently.

In fact, to lessen the cost burden on employers, the government last week decided to reduce the total rate of contribution towards the Employees’ State Insurance scheme from 6.5 per cent to 4 per cent for the first time in over two decades.

This is expected to give an annual relief to the tune of Rs 8,000 crore-Rs 9,000 crore to employers who have to make a contribution for employees earning below Rs 21,000 a month towards insurance.

Other key demand of the industry is standardising the process for factory inspections.

Though the government took steps to ease compliance related to labour laws, industries still need to maintain five registers (from 56 previously) under nine central labour laws and rules and have to maintain 12 forms (instead of 36 earlier) for three central Acts.

Despite the NDA government's move to do away with manual inspection at the central level, industry is still grappling with this issue.

The CII’s memorandum also asks the government to re-tune some provisions of the draft Code on Wages Bill to do away with a national minimum wage for the country.

The Bill, which was introduced in August 2017 and lapsed as the Lok Sabha was dissolved, had proposed empowering the states to fix different minimum wages based on geography, skill and occupation, along with a national-level minimum wage which will act as a floor.

CII has now demanded a graded wage structure and a separate minimum income level for medium and small scale outfits and sought less interference from the government in fixing minimum wages.

In its previous tenure, the NDA government tried to provide some flexibility to industries by introducing fixed-term employment for all types of establishments, under the ambit of the central government, through a notification in 2017.

This involved a contract system with a fixed tenure for workers with all social security benefits given to permanent workers.

But since labour is a concurrent subject, the state governments need to issue their own notifications for it to come into effect.

To date, none of the state governments have issued a notification to introduce fixed-term employment, though the BJP ruled in 22 states when the central norms came into effect.

One way around the problem would have been to introduce fixed-term employment in the industrial relations Bill.

However, the NDA government is yet to get a majority in the Rajya Sabha, which it expects only by the end of 2021.

For now, will a changed tactic towards labour reforms work this time?

National e-com policy to be announced in 12 mths: Govt 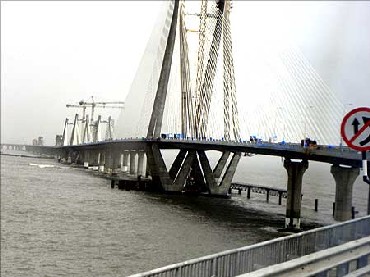