News
Business
Movies
Sports
Cricket
Get Ahead
Money Tips
Shopping
Sign in  |  Create a Rediffmail account
Rediff.com  » Business » Drones ready to take off, but India still setting terms of use

Drones ready to take off, but India still setting terms of use

Many new start-ups are trying to adopt drones for their business but India is nowhere close to unleashing the full potential of the sector, says Neha Alawadhi. 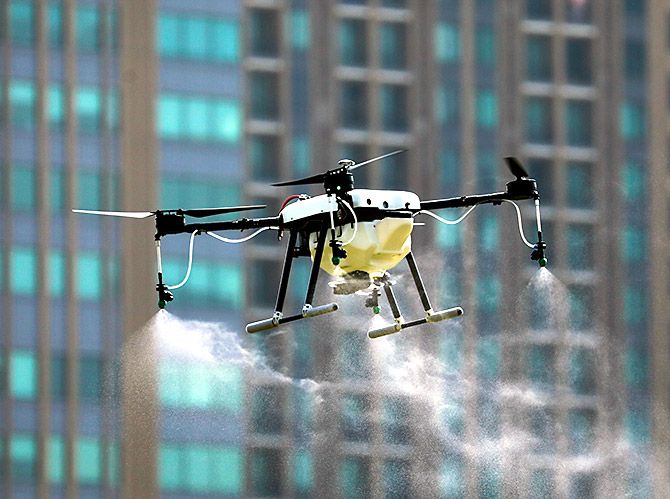 IMAGE: A drone flies and sprays chemicals during an operation to reduce air pollution in Bangkok, Thailand. Photograph: Athit Perawongmetha/Reuters

Over the past few weeks, two companies have made what appear to be significant advances in making drones a part of our everyday life.

Food-tech startup Zomato announced it was working on creating a fleet of drones to deliver food and drinks at our doorsteps.

Another start-up, Bengaluru-based Skylark Drones, unveiled its plans to deploy drones for aerial survey at an iron ore mine in Jharkhand.

The prospect of drones delivering goodies is indeed exciting.

But these remotely-controlled flying devices are not just about novelty or quick service.

They are capable of doing a lot more.

They can collect data in different forms such as video, audio, location, temperature (through sensors) and the like.

One of the earliest deployment of drones, not surprisingly then, has been by the army -- for surveillance, intelligence gathering, and even as a weapon carrying device in enemy territory. 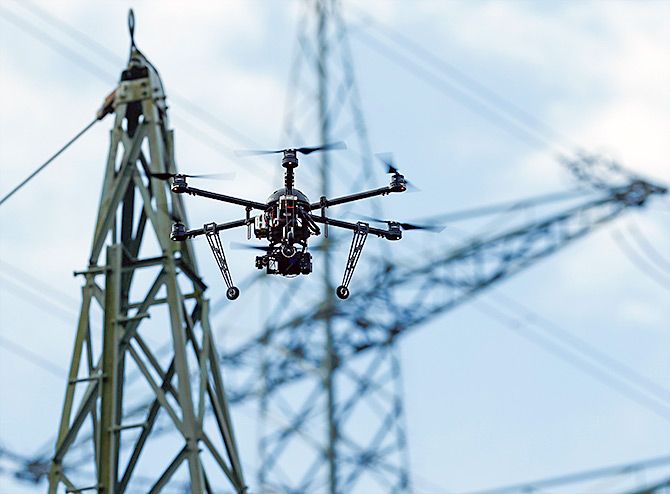 In recent years, though, they have become more ubiquitous.

The technology behind drones has evolved from simple radio communication to remote control through smartphones and more sophisticated digital systems making their deployment in everyday tasks easier.

The potential benefits are manifest: from photography and camera work in films, Instagram pictures and videos, movie and wedding shoots to more serious use cases in the logistics industry where drones have the capability to bring in efficiency and save time and money.

Work is under way to explore their utility in agriculture, insurance, energy, infrastructure, mining, and media and entertainment.

They can also come in handy for a quick inspection over large tracts of land or high buildings.

In 2016, it was reported that the Gurugram administration was using drones to map the city, to update the lay of the land that dated back to 1957.

There are plenty of other ways drones are being used elsewhere in the country.

Recently, Hyderabad-based start-up Terra Drone India got on board to help with multi-censor scanning of the city's most famous historical monument, the Charminar, after a big chunk of plaster fell from one of its minarets.

Similarly, power companies, in a bid to reduce cost and improve efficiency, have been working on a project to use drones for monitoring project development in critical areas since 2016.

Drones also have utility in jobs that are fraught with stigma and danger.

Young entrepreneurs are mulling plans to use drones for applications like sewer inspections, a mass use case that can help eradicate the practice of manual scavenging altogether. 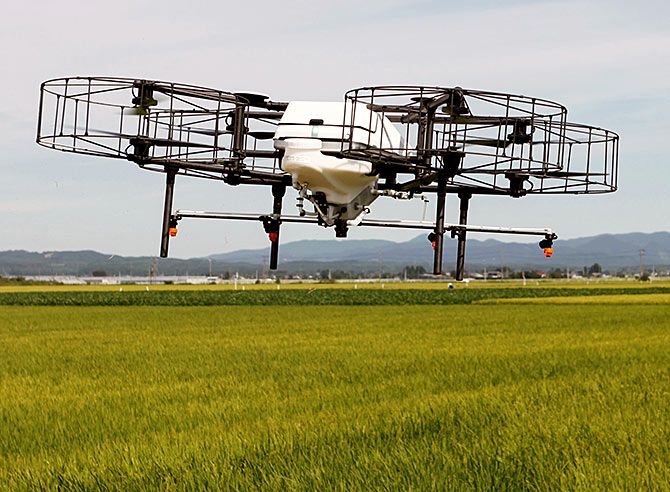 So is the drone age upon us then?

"Drones are useful for monitoring or inspection of industrial assets, especially at high altitudes, long distances or remote locations.

"For instance, daily inspection of railway tracks over thousands of kilometres or monitoring of progress in construction of highways by the National Highways Authority of India.

"Collection of remote sensing data becomes easier with drones since you can control its flight as opposed to relying on satellite imagery," said Anirudh Rastogi, managing partner at Ikigai Law, a law firm that was actively involved in the regulatory consultations for the drones policy.

India, though not a manufacturer of drones, has an edge in this field because of its capabilities to build software for various applications.

Drones imported from China are easily available, and much cheaper.

"The camera or sensors installed in a drone are just one part of it, but building a useful application will require great software that can make sense of the data that a drone collects.

"That is where real value add will come from India," added Ratan. 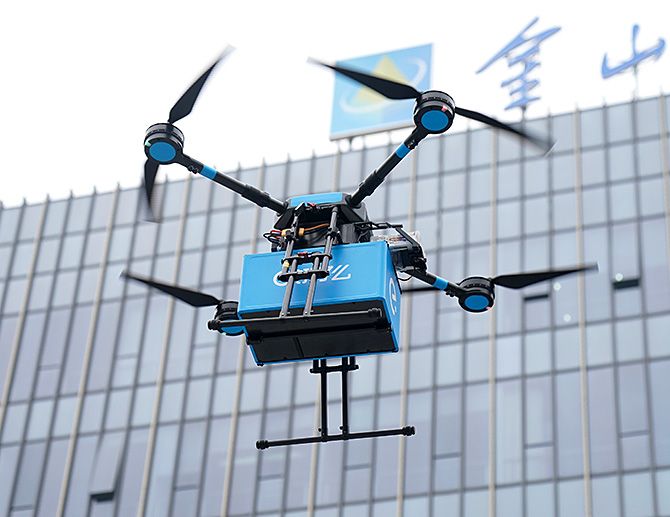 IMAGE: A drone is seen during a demonstration before a news conference by Chinese food delivery company Ele.me, in Shanghai, China. Photograph: Aly Song/Reuters

Yet, India is nowhere close to unleashing the full potential of the sector.

Applications like food and e-commerce delivery through drones are "at least three years away," according to Neel Ratan, regional managing partner-north and government leader at PwC.

Elsewhere too the progress is slow because the regulators are still to lay the groundwork for the growth of the sector.

The biggest hurdle to mass adoption and use of drones has been the policy uncertainty.

In 2014, the civil aviation regulator in India, the Directorate General of Civil Aviation (DGCA), released a public notice prohibiting use of drones for civilian operation because it posed a safety and security threat, and mandated a host of permissions before flying a drone.

In April 2016, a set of draft guidelines was released by the DGCA for comment, but the consultation didn't move further.

In October 2017, the DGCA again released a new set of guidelines for use of drones in civilian airspace.

Finally, in December last year, the DGCA formalised the drone policy, set up an online IT portal called Digital Sky, designed as a one-stop-shop for several clearances, and allowed drones weighing 250 grams or less to fly legally.

Anything above that weight, however, is weighed down by regulations.

It requires separate permission from the DGCA, the Directorate General of Foreign Trade, the ministry of home affairs, the ministry of defence, the Indian Air Force, the Wireless Planning and Coordination Wing (Department of Telecommunications), the Bureau of Civil Aviation Security, the Airports Authority of India and the local police.

"The biggest issue right now is that the Digital Sky platform through which permissions to fly are to be accorded is not fully functional.

"To operate a drone currently, the user will need to manually approach the regulator and the regulator remains reluctant to grant such permissions until the technology-enabled permission and compliance model envisaged by the current drones policy is live," said Rastogi.

Once the policy hurdles are figured out, large scale adoption will also require creating a separate air corridor to ensure the skies are not choked by drone traffic and proper training of pilots.

According to PwC's Ratan, there can be an air corridor earmarked for drones in the future. 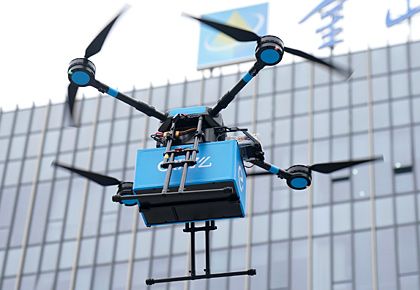 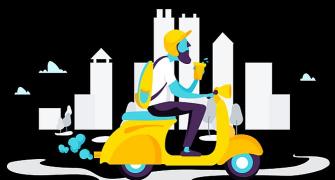 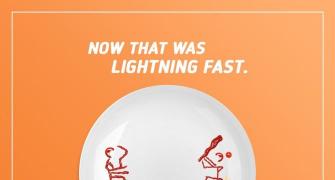 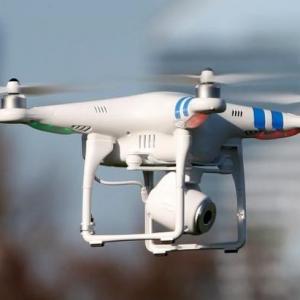 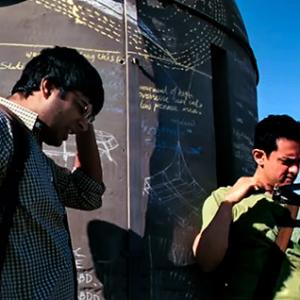