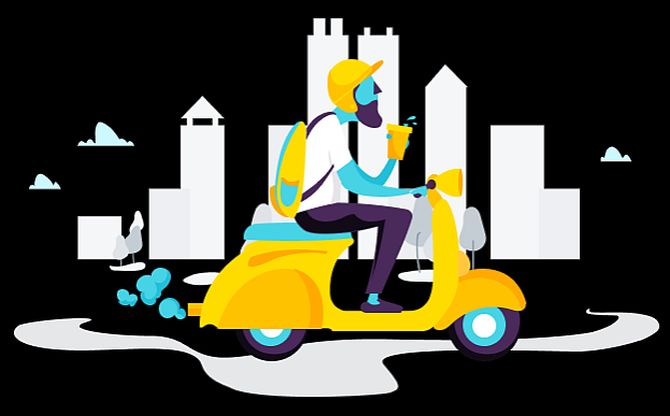 “We look forward to leveraging their expertise in our journey to building Vogo into an independent, valuable transportation company.”

Last year in December, the firm formed a strategic partnership with Ola, where the ride-hailing giant will boost Vogo’s supply by investing in 100,000 scooters on the Vogo platform, worth $100 million.

Its offer will be available for Ola’s customer base of over 150 million, directly from the Ola app.

“I am very excited to back Anand and the Vogo team as they take an India-specific approach to build out the right solution for the micro mobility market,” said K Ganesh, co-founder of venture building platform GrowthStory.

On Monday, Vogo’s rival Bounce said it had raised $ 72 million in a series-C financing, led by B Capital Group and Falcon Edge Capital.

“The micro-mobility space is exploding globally and is driving growth of the personal transportation space,” said Ganesh, a serial entrepreneur, whose last venture TutorVista was acquired by the US- and UK-listed education leader Pearson for $ 213 million.

Vogo is solving a problem that affects millions of Indians - “finding an affordable, reliable commute option for everyday use.”

Vogo, which is the short form for ‘vehicle on the go’, was co-founded in 2016 by Anand Ayyadurai, an alumnus of Vishwakarma Institute of Technology in Pune and IIM-Ahmedabad, along with Padmanabhan Balakrishnan and Sanchit Mittal.

The trio founded Vogo after realising that after buses, sharing scooters was a big opportunity as these vehicles are the major mode of commutation for people followed by autorickshaws, personal cars and cabs in the country.

But what differentiates the company is that it uses the Internet of Things, a technology where devices communicate with each other intelligently, to eliminate human intervention of sharing the scooters with customers and also monitor parameters, such as location, fuel level and health of the vehicles.

The firm has launched first-of-a-kind 1-click booking technology for its scooter sharing service.

Vogo customers can directly unlock and start the ignition of scooters via the click of a button on the Vogo app, making the booking experience seamless.

It had also said this innovation was significantly ahead of all OTP (one-time password)-based solutions which are currently available in the market.