Apart from them, consignments of 11 top importers, including LG, Samsung, Toyota, Honda, and Siemens, will also be allowed entry, relieving them of the 100 per cent inspection rule. Easing restrictions on imports from China, the customs department has decided to clear pharma raw material shipments from that country.

Consignments of 11 top importers, including LG, Samsung, Toyota, Honda, and Siemens, will also be allowed entry, relieving them of the 100 per cent inspection rule.

This comes after a week of economic disruption caused by introducing stringent scrutiny, resulting in shipments originating in China getting held up at Indian ports.

After representations from industry bodies, the government on Tuesday cleared imports of active pharma ingredients (APIs) from China. Besides, the top importers falling within the Tier 3 category of the Authorised Economic Operator (AEO) programme were given exemption from stringent scrutiny.

“Imports of APIs and shipments from AEO T3 importers have been exempt from the 100 per cent check. The Indian pharma industry is heavily dependent on API imports from China and they were facing a huge shortage of raw material. Besides, the tier 3 AEOs are the top importers who meet the highest level of compliance, so they have been given the relaxation,” said a government official.

He said these shipments would get moving from Wednesday. Over 60 per cent of APIs used in India come from China. On June 22, Customs officials in Chennai and Vizag were asked to put all shipments from China on hold until further orders. This was done on the basis of intelligence inputs about “illegal imports of narcotics”.

Informal instructions were given to all ports and airports to do 100 per cent physical checks of shipments originating in China. Bilateral trade between China and India was worth $88 billion in FY19, with a deficit of $53.5 billion in China’s favour.

India is also heavily dependent on China for intermediates and key starting material (KSM) for making drugs. This dependence has grown over the years as local manufacturers have moved to high-margin products (after they could not expand freely due to pollution norms) and Chinese APIs are 30 per cent cheaper than domestic stuff.

The country mostly imports APIs and intermediates for vitamins (like Vitamin C), common antibiotics, and metformin (diabetes) from China. The government has now drawn up a plan to reduce dependence on the country by incentivising the local production of APIs through production-linked incentives (PLI) of up to Rs 10 crore.

The government has identified 41 products (molecules), covering 53 crucial APIs, for which India is dependent on China. Almost 80 per cent of the 41 are intermediates. In 2016, the customs department had launched the Authorised Economic Operator, or AEO, scheme.

They are classified into three categories -- T1, T2, and T3 -- with T3 representing the highest level of compliance. Of the more than 3,000 AEOs, only 11 are in the T3 category.

Meanwhile, the government is planning to curtail imports of at least 300 non-essential items from China, either through duty hikes and imposing non-tariff barriers. 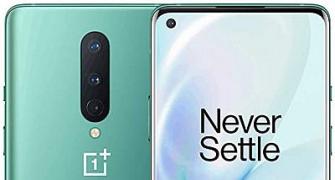 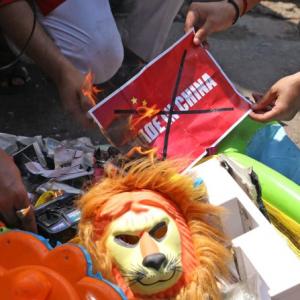