Since the Covid pandemic, bicycle sales have surged, orders are pouring in, and stores are already feeling a shortage.

'I have not seen this kind of excitement around bicycles and you are talking to a 57-year-old man,' said Pankaj M Munjal, chairman and managing director, Hero Motors Company (HMC), the largest Indian bicycle producer. 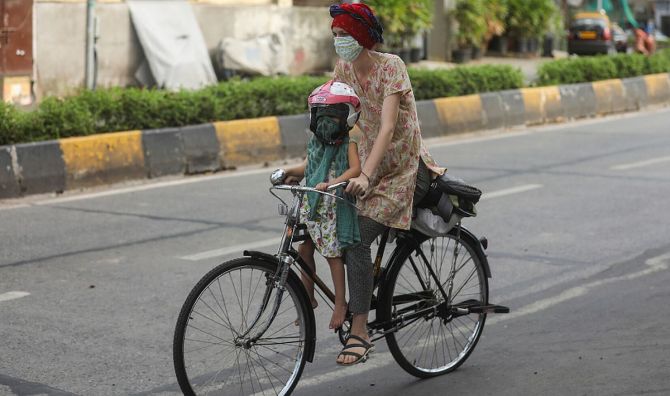 But 42 years later, the Covid-19 pandemic has pushed everyone into singing the same tune.

From gym fanatics craving for daily exercise to commuters looking for alternatives to public transport, they all want to ride a bicycle.

The bicycle fever that gripped the world since the pandemic is spreading fast.

Sales have surged, orders are pouring in, and stores are already feeling a shortage.

“I have not seen this kind of excitement around bicycles and you are talking to a 57-year-old man,” said Pankaj M Munjal, chairman and managing director, Hero Motors Company (HMC).

Hero has a 43 per cent share in the 16-million Indian bicycle market.

HMC plants are working overtime, at about 110 per cent.

“We are working on Saturdays and Sundays,” he said.

The order flow for July is along similar lines -- and all of it is for India.

“After lockdown, we witnessed 50 per cent increase in demand for premium bicycles, while the demand for electric bikes shot up by almost 100 per cent,” said Munjal.

“The surge is noticeable in the premium, semi-premium, and recreational bike category, which shows that more urban consumers are using bicycles for recreation, physical activity as well as for short-distance commute,” said Munjal.

“I have never seen so many people cycling in the Maidan (a 400-hectare open green space in the heart of Kolkata) area in the mornings.

"It seems people are just catching up on their fitness regime as gyms continue to remain shut. It’s good to see women also joining in,” said a professional cyclist.

The new entrants to the cycling arena are either gym goers trying to get their dose of cardio, or people cooped up at home wanting to catch a breath of fresh air with some physical activity thrown in.

Either way, cycling just got a fresh lease on life.

A spokesperson for Decathlon Sports India (DSI), the Indian arm of the French sporting goods retailer, said, “‘Online bikes’ keyword search has grown over 80 per cent (internal and external). On our platform, it is the highest searched keyword.”

And it’s translating into sales.

In the past two weeks, online sales of bikes for DSI have increased 2x, specifically for the sports segment of road bikes.

In June and July, DSI has seen more than 45 per cent year-on-year growth in bicycle sales.

“We are already facing some big shortage in stock,” the spokesperson said.

It’s not just DSI -- with 76 stores in India -- that’s feeling the gap in demand and supply.

One of the larger cycle stores on Bentinck Street in Kolkata’s business district said it was difficult to meet the surge in demand.

Since the beginning of June, sales have increased 200 per cent and at the premium end, the growth is even higher.

“I even sold some cycles that were priced upwards of Rs 1 lakh. That’s unusual for Kolkata,” a storeowner said, adding, “Some stores are even taking advance bookings.”

The excitement is infectious.

The forgotten bicycles rusting in garages have found their way back on the roads.

It’s a global trend, though. 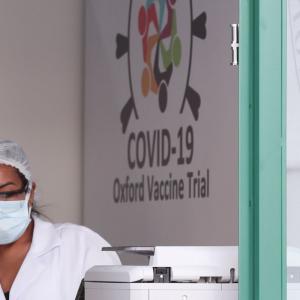