Moody's Investors Service on Friday slashed its estimate of India's GDP growth during 2020 calendar year to 2.5 per cent, from an earlier estimate of 5.3 per cent and said the coronavirus pandemic will cause unprecedented shock to the global economy. In its Global Macro Outlook 2020-21, Moody's said India is likely to see a sharp fall in incomes at the estimated 2.5 per cent growth rate, further weighing on domestic demand and the pace of recovery in 2021.

"In India, credit flow to the economy already remains severely hampered because of severe liquidity constraints in the bank and non-bank financial sectors," it said.

Earlier this week, India imposed a three-week long nationwide lockdown, the most far-reaching measure undertaken by any government to curb the spread of the coronavirus pandemic that has killed at least 17 people in the country so far.

The lockdown has resulted in closure of businesses as well as factories and temporary unemployment for thousands of workers. The lockdown followed suspension of train, flight and long distance bus services last week.

The number of deaths around the world linked to the new coronavirus has crossed over 24,000. In India, over 700 coronavirus cases have been reported so far.

Moody's said the global economy will contract in 2020, followed by a pickup in 2021.

"We have revised our global growth forecasts downward for 2020 as the rising economic costs of the coronavirus shock, particularly in advanced economies, and the policy responses to combat the downturn are becoming clearer," it said.

"Our forecasts reflect the severe curtailment of economic activity in recent days as the coronavirus has spread throughout the world," it said. "Lockdowns and other social distancing measures have expanded throughout advanced and emerging market countries."

"Financial sector volatility has exploded to levels last seen during the 2008 global financial stress, despite the expectation of rapid policy response from major central banks and governments," it said.

The financial market stress is a reflection of deep anxiety and uncertainty around the real economic costs that households and businesses around the world will bear.

The severe compression in demand over the next two to four months will likely be unprecedented. Moreover, the widespread loss of income for businesses and individuals across countries will have a multiplier effect throughout the global economy.

"Over the next few months, job losses will likely rise across countries," Moody's said, adding, "The speed of the recovery will depend on to what extent job losses and loss of revenue to businesses is permanent or temporary."

Even in countries where governments are in a position to provide support through large and targeted measures, some small businesses and vulnerable individuals in less-stable jobs will likely experience severe financial distress, it said, adding that fiscal and monetary authorities are increasingly stepping up the level of support to their respective economies.

Fiscal measures include immediate support to households in the form of tax relief and transfers, credit lines and subsidies to businesses, and explicit government guarantees on bank loans.

The Indian government too on Thursday announced a Rs 1.7 lakh crore package including free foodgrains and cash to poor, for the next three months.

Moody's said central banks are taking actions aimed at ensuring ample liquidity in the financial system, that credit conditions do not overly tighten, credit continues to flow smoothly to households and businesses, and the banking system remains robust.

"For central banks, limiting the duration of the shock to one or two quarters is also imperative to prevent it from manifesting into a banking or broader financial sector crisis," it said.

Stating that it expects policy measures to continue to grow and deepen, as the consequences of the shock in terms of depth and duration become clearer, the rating agency said it is impossible to accurately estimate the economic toll of this crisis.

"There are significant unknowns, such as how long the virus will take to be fully contained and, by extension, how long economic activity will remain disrupted," it said. 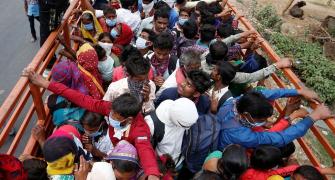 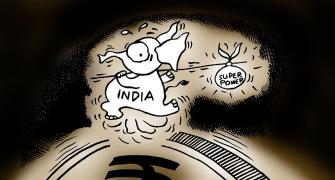