The uncertainty over the gravity of the pandemic's impact on the global economy and financial markets worldwide triggered a flight to safety among foreign investors as they rushed to exit from relatively riskier investment destinations, such as emerging markets like India, a report said.

Foreign investors turned net sellers in March quarter and pulled out $6.4 billion from the Indian equity markets largely due to the COVID-19 outbreak and ensuing risk-averse environment, a Morningstar report said.

They, however, went on a selling spree in March as they sold net assets worth $8.4 billion.

“The uncertainty over the gravity of the pandemic's impact on the global economy and financial markets worldwide triggered a flight to safety among foreign investors as they rushed to exit from relatively riskier investment destinations, such as emerging markets like India,” the report noted.

FPIs had started the quarter on a cautious note on account of brewing geopolitical tension between US and Iran and fast-changing trends in US-China trade situation.

But they had gradually regained their risk appetite as these concerns started to wane, it said.

Such investors went on a buying spree in the Indian equity markets after the US and China signed a trade deal, thus putting the trade war between them on a pause.

Further, positive sentiments around the budget and the Reserve Bank of India's (RBI) decision to maintain an accommodative stance in its monetary policy continued to attract foreign investments.

However, as the COVID-19 pandemic started to tighten its noose across the globe, foreign investors turned risk-averse, it said.

Cumulatively for the March quarter, FPIs were net sellers in the Indian equity markets to the tune of $6.4 billion, which is in sharp contrast to the previous quarter, when they bought net assets worth $6.3 billion.

As of the quarter ended March 2020, the value of FPI investments in Indian equities stood at $281 billion, which is considerably lower than the $432 billion, recorded in the December quarter.

This is the lowest in the past six years, with the previous low being $238 billion at the end of March 2014, the report said.

Consequently, FPIs' contribution to Indian equity market capitalisation also fell to 18.7 per cent from 19.8 per cent in the previous quarter.

Foreign investors continued to flee the Indian equity space even in the month of April, though the amount of net outflows dropped substantially compared to the preceding month.

They sold net assets worth $904 million through the month.

“The sharp drop in net outflows could be attributed to India gaining prominence among foreign investors for doing well with regards to containing the coronavirus' aggressive spread,” the report said.

In addition to that, measures announced periodically by the government and the RBI to revitalise the sagging economy resonated well with investors, it added.

FPIs made a strong comeback in May and turned into net buyers as they pumped in net assets worth $2.8 billion (till May 12) in the Indian equity markets.

“The correction in Indian equities and sharp depreciation of Indian rupee against greenback has seemingly provided a good entry point for investors,” it said.

Going ahead, the report said that investors will be closely watching the developments related to selective relaxation in the lockdown and a gradual opening of economic activity in the country  and  how quickly India gets back on the path of economic growth.

“They will continue to watch the coronavirus, its spread, and its likely impact on the economy while making investment decisions in India.”

It further said that India would continue to witness a rotational trend. Hence, bouts of sharp net outflows or net inflows cannot be overruled.

“One could expect this trend to stabilise when the situation on the coronavirus front normalises or shows signs normalisation,” it added.

Source: PTI  -  Edited By: Nandita Malik© Copyright 2021 PTI. All rights reserved. Republication or redistribution of PTI content, including by framing or similar means, is expressly prohibited without the prior written consent.
Related News: Reserve Bank of India, FPI, US, Uttam, Morningstar
Print this article 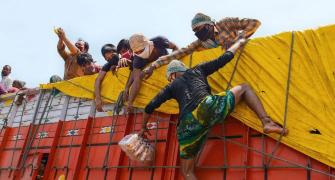 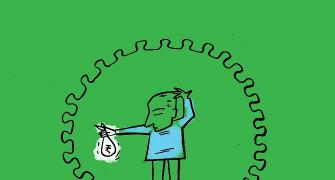