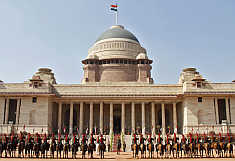 i) The governemnt ignores the PSC of Finance 42nd report of Dec 2011 and demonstrates contempt for parliament.

ii) Increased fund allocation in Union budget 2013-14 to Aadhaar/UID by Rs 14,232 crore (Rs 142.32 billion) and other recommendations has made a mockery of the PSC of Finance report which is the considered view of parliament.

iii) The claims success by various pilots on themes of subsidy transfer and financial inclusion of Adhaar project are extremely suspicious and dubious.

v) Submission of 3.57 crores signatures of people all over the country against the UID/Aadhaar project and which also shows the widespread opposition to the biometric profiling not only by pro-privacy activists but also by the aam-aadmi.

Union Budget allocation of Rs 14,232 crore (Rs 142.32 billion) for Aadhar-UID demonstrates a contempt of Parliament as it seems to ignore the recommendations of the report of Parliamentary Standing Committee on Finance on the National Identification Authority of India Bill 2010. This was presented to Parliament on December 13, 2011 and questioned the legality of collection of biometric data for Aadhaar and National Population Register without legislative mandate.

It may be recalled that while presenting the Union Budget 2009-10, Finance Minister, Pranab Mukherjee had announced the setting up of the Unique Identification Authority of India by the Government to “establish an online data base with identity and biometric details of Indian residence and provide enrolment and verification services across the country.”

He had allocated Rs 120 crore for this project as “a major step in improving governance with regard to delivery of public services”.

The Minister did not inform the Parliament that UIDAI “was created during 2009-10 and a modest start with an expenditure of Rs 30.92 crore (Rs 309.2 million) was made.”

Parliament has been kept in dark about how Unique Identification (UID)/Aadhaar Numbers to every resident in India started unfolding without sharing “the linkages of various welfare schemes steered by different Ministries/departments of Government of India”.

Not only that the “reports of the Demographic Data Standards and Field Verification Committee and Biometrics Committee were completed” without any legislative approval.

Government has ensured that the legislative wing remains unaware about how UIDAI selected the “Managed Service Provider” for the Central Identity Data Repository of Aadhaar Numbers. For this a budget of Rs 1,900 crores (Rs 19 billion) was allocated in the Union Budget 2010-11 by the Finance Minister.

It is admitted that “CIDR will be handed over to the Managed Service Provider on a long term contract basis.” The UIDA was given Rs 3,000 crore (Rs 30 billion) for fiscal 2011-2012. Its details are missing from the public domain. The shifting national identities of MSP and their relationship with external and internal intelligence agencies merit a parliamentary probe.

The explosive and revealing report of Parliamentary Standing Committee on Finance specifically raises questions about the legality of the collection of biometrics while creating a citizen / resident data base.

The Report reads (in the section on ‘Observations/Recommendations): “The collection of biometric information and its linkage with personal information without amendment to the Citizenship Act 1955 as well as the Citizenship (Registration of Citizens and Issue of National Identity Cards) Rules 2003, appears to be beyond the scope of subordinate legislation, which needs to be examined in detail by Parliament.”

This reveals that the allocation in the Union Budget was illegitimate and beyond its legislative mandate. Unmindful of such a categorical observation of the PSC on Finance, the National Population Register project, a comprehensive identity

database to be maintained by the Registrar General and Census Commissioner of India, Union Ministry of Home Affairs, Government of India is being continued.

It is claimed that the objective of creating this identity database is to help in better utilisation and implementation of the benefits and services under government schemes, improve planning and improve security.

Union Budget speech 2012-13 under the heading Growth, Fiscal Consolidation and Subsidies reads: “23. The recommendations of the task force headed by Nandan Nilekani on IT strategy for direct transfer of subsidy have been accepted…This step will benefit 12 crore farmer families, while reducing expenditure on subsidies by curtailing misuse of fertilisers.”

Such claims of benefits from direct transfer of subsidy has been debunked in the past but government remains adamant to pursue this path under the influence of vested interests.

Economic Survey 2011-12 reveals, “The Aadhaar project is set to become the largest biometric capture and identification project in the world.” It does not acknowledge that such projects have been abandoned in several countries, a fact which has been recorded in the report of PSC on Finance.

It is admitted by UIDAI that there are “ownership risks (Ownership of the project by stakeholders), Technology risks (nowhere in the world a project of this size has been implemented) and privacy concerns (there may be groups raising privacy issues - many ID Projects in western countries have been stalled due to the opposition of privacy groups)”.

The UIDAI claims that it is “putting into place the risk mitigation strategies to minimize some of these risks” but this has never been shared with the Parliament and the citizens.

While all this has happened, the PSC report on Finance has concluded that Aadhaar platform has been “conceptualised with no clarity of purpose” and is “directionless” in its implementation, leading to “a lot of confusion”.

Under the exiting legal framework biometric data is collected only under Identification of Prisoner Act that too for a temporary period. In the case of Aadhaar and NPR biometric data is being collected for permanent safe keeping without any constitutional or legal approval.

Aadhaar related NPR project is being spearheaded by the Ministry of Home Affairs is aimed at creation of this comprehensive identity database.

The NPR project consists of two components: demographic data digitization of all the usual residents and biometric enrollment of all such residents who are aged five and above.

The demographic data - refers to the personal information collected during Census 2011 by the Census Enumerators based on the data fields prescribed by the Registrar General of India for the NPR Schedules and by following the process laid down for the purpose and biometric data - refers to the facial image, iris scan of both eyes and ten fingerprints of enrollees collected by the Enrolment Agency.

The fact is that these actions of the Union Home Ministry are “beyond the scope of subordinate legislation” but instead it has issued only guidelines for collection of biometric data under the Citizenship Act 1955 and Citizenship Rules. It states that it is compulsory for every citizen of the country to register in the NRIC.

The creation of the NPR is the first step towards preparation of the NRIC. It contends that out of the universal dataset of residents, the subset of citizens would be derived after due verification of the citizenship status. In the absence of any legislative mandate for such far reaching efforts, it cites to a recommendation of Group of Ministers on the National Security system for Multipurpose National Identity Card in 2001 for all citizens. This is hardly convincing.

Civil society groups welcome the submission of a memorandum opposing Aadhaar and other anti-people policies to the Prime Minister along with a big truck load of signatures numbering 3.57 crore on March 14.

In such a backdrop, these signatures seeking scrapping of Aadhaar and anti-citizen in the aftermath of PSC report and UP elections underline the illegality and illegitimacy of the entire surveillance project. 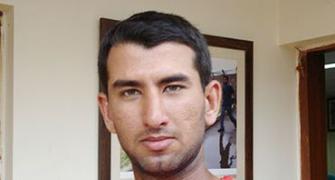 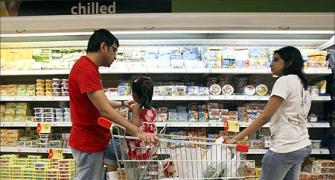 Where RELIANCE is investing its money 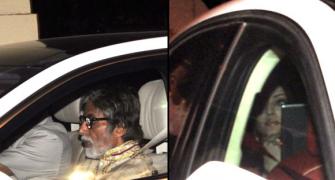 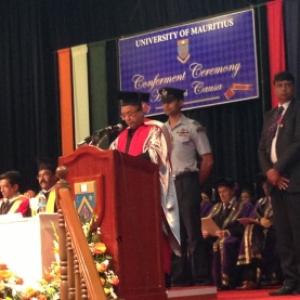