Goyal is expected to discuss the targets for the banks for 2019-20, as well as priority sector lending, recovery on non-performing assets, and the bankruptcy proceedings of various companies, which owe money to the banks. Coal and Railways Minister Piyush Goyal, who has been given additional charge of finance and corporate affairs for the second time in eight months, will on Monday meet the heads of the country’s state-owned bank for a review meeting.

This will be his first major task in his second stint at the helm of affairs in the North Block, before he presents the interim Budget 2019-20 on February 1.

In the meeting with PSB chiefs, which was originally slated on January 22, Goyal is expected to discuss the targets for the banks for 2019-20, as well as priority sector lending, recovery on non-performing assets, and the bankruptcy proceedings of various companies, which owe money to the banks.

Goyal is expected to also take lead the government’s post-Budget work, including getting the Finance Bill passed and replying to debates on the Budget in the Lok Sabha and the Rajya Sabha.

On Wednesday, Goyal was given charge of Finance and Corporate Affairs for the second time in eight months.

Arun Jaitley, who is designated ‘Minister without Portfolio’ underwent a surgery in the US on Tuesday. Doctors have advised him at least two weeks’ rest.

Like his previous stint, Goyal will work out of the buildings which house the coal, railways and finance ministries.

He has started receiving briefings from six secretaries in the finance and corporate affairs ministries.

He will visit North Block in the second half of the day.

The printing of Budget documents began on Monday after the traditional halwa ceremony.

Officials said Goyal's focus would be more on delivering the Budget speech.

The interim Budget is likely to contain a retelling of the Modi government’s economic and social sector achievements.

While Goyal could make minor changes, all major announcements, revised estimates for 2018-19, projections for 2019-20 and beyond, and other numbers are already decided.

Meanwhile, to reports claiming the Centre was planning to present a “regular budget”, the Congress on Thursday said it will be against all norms and established Parliamentary practices.

Senior Congress leader Anand Sharma said the government's intent in doing so is questionable and termed the move a “desperate attempt” to make “grandiose announcement and hoodwink people” in contravention of the Constitution.

In his last public appearance, via teleconferencing from New York to an event in Mumbai, Jaitley had said while the government will work “within the parameters of the conventions that exist”, the contents of the interim Budget will be decided in the larger interests of the economy. 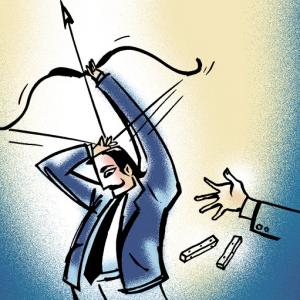