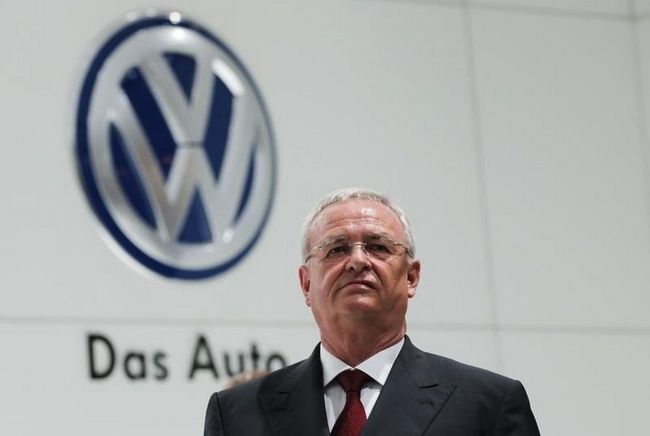 Volkswagen Chief  Executive Martin Winterkorn resigned on Wednesday, succumbing to pressure for change at the German carmaker, which is reeling from the admission that it deceived U.S. regulators about how much its diesel cars pollute.

"Volkswagen needs a fresh start - also in terms of personnel. I am clearing the way for this fresh start with my resignation," Winterkorn said, following a marathon meeting with the executive committee of the VW board.

The world's biggest carmaker by sales has admitted to U.S. regulators that it programmed its cars to detect when they were being tested and alter the running of their diesel engines to conceal their true emissions.

Porsche chief Matthias Mueller, Audi chief Rupert Stadler and the head of the VW brand, Herbert Diess, are seen as the front-runners to replace Winterkorn, three people familiar with the matter said.

Mueller is seen as the favourite among the three due to his years of experience within the group, two of the people said.

Mueller, a former head product strategist, is also a management board member of Porsche SE, and so close to the Piech-Porsche family that controls Volkswagen.

Winterkorn, who during his eight years in charge oversaw a doubling in Volkswagen's sales and an almost tripling in profit, said he was shocked that misconduct on such a massive scale had been possible at the company.

The carmaker was under huge pressure to take decisive action, with its shares down more than 30 percent in value since the crisis broke.

German Chancellor Angela Merkel had urged Volkswagen to move "as quickly as possible" to restore confidence in a company held up for generations as a paragon of German engineering prowess.

The U.S. Environmental Protection Agency (EPA) said on Friday Volkswagen could face penalties of up to $18 billion.

Since then the crisis has snowballed, with the U.S. Justice Department launching a criminal inquiry, according to a source familiar with the matter. European and Asian countries as well as Canada have also said they are investigating the matter.

Senior members of Volkswagen's board said in a statement they expected more heads to roll as an internal investigation seeks to identify who was responsible for the wrongdoing.

German Economy Minister Sigmar Gabriel said Winterkorn was taking responsibility for decisions made when he was at the helm of Audi, rather than Volkswagen.

Volkswagen said on Tuesday about 11 million of its cars were fitted with Type EA 189 engines that had shown a "noticeable deviation" in emission levels between testing and road use.

The story has shocked the car market, with dealers in the United States reporting people holding back from buying diesel cars and "#dieselgate" trending on Twitter.

"The magnitude of this scandal did not leave another option," said Metzler analyst Juergen Pieper of Winterkorn's departure.

"Winterkorn did a good job and does not deserve to be sacrificed. But given the scale of the problem and that he was responsible for R&D, one has to swallow the pill if something goes wrong," he said.

But the quest for volume has now backfired for Volkswagen as it did with its top Japanese and U.S. rivals.

Toyota ultimately acknowledged that it had dropped the ball on quality, contributing to alleged unintended acceleration of its cars. And GM, of course, went bankrupt.

At the stock's lowest point, more than $30 billion had been wiped off the company's market value since the crisis began - more than the combined equity values of rivals Fiat Chrysler and Peugeot.

While Volkswagen said on Tuesday it was setting aside 6.5 billion euros ($7.3 billion) to help cover the costs of the crisis, analysts doubt that will be enough.

Commerzbank's Sascha Gommel said if Volkswagen had to recall all 11 million affected cars, the cost of that alone could top 6 billion euros. And the company still faces likely regulatory fines, lawsuits, criminal investigations and a possible hit to sales from a damaged reputation.

The new CEO will need to address Volkswagen's years of underperformance in the United States - something which the company's "clean diesel" cars were supposed to help address.

Some analysts have long called for Volkswagen to relax Winterkorn's highly centralised style of management, which they say made it slow to adapt to local conditions in markets such as the United States and delayed product launches.

Environmentalists have long complained that carmakers game the testing regime to exaggerate the fuel-efficiency and emissions readings of their vehicles. European politicians voted on Wednesday to speed up rules to tighten compliance with pollution limits on cars.

European car association ACEA said that so far there was "no evidence that this is an industry-wide issue."

But Deutsche Bank called the scandal an “investor’s nightmare” and cut its recommendation on Volkswagen shares to “hold” from “buy”, predicting rising costs for making diesel cars would wipe out its cost-cutting programme.

Traders said the plunge in Volkswagen shares had prompted some talk it could become a takeover target, with Fiat Chrysler openly looking for a partner, though there is no sign that VW's controlling Piech-Porsche clan is looking to sell.

Diesel engines power less than 3 percent of new cars sold in the United States but around half of cars in Europe, where governments have encouraged their use to meet fuel efficiency and greenhouse gas targets.

The suggestion that their emissions are worse than reported in tests could harm the whole sector and alter the future of the car industry worldwide, though the head of Germany's VDA auto industry association warned against calling all diesel technology into question because of the crisis.

"The Volkswagen issue is another black eye for the diesel engine overall," Mike Jackson, the chief executive of the AutoNation, the largest U.S. car retailer, told CNBC, adding the "brand position" of Volkswagen was at risk in the U.S. market. 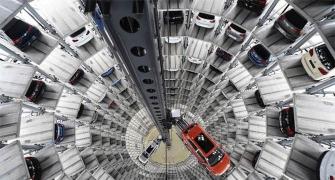 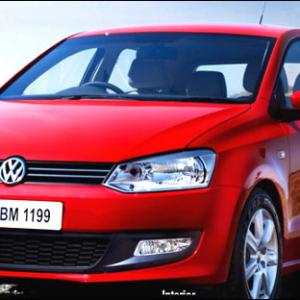 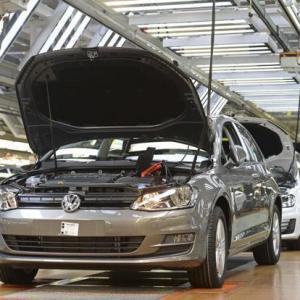