Passenger vehicle wholesale in India increased by 14.19 per cent to 3,10,294 units in October against 2,71,737 units in the same month last year as companies despatched more units to dealers to cater to enhanced demand in the festive season, auto industry body SIAM said on Wednesday. 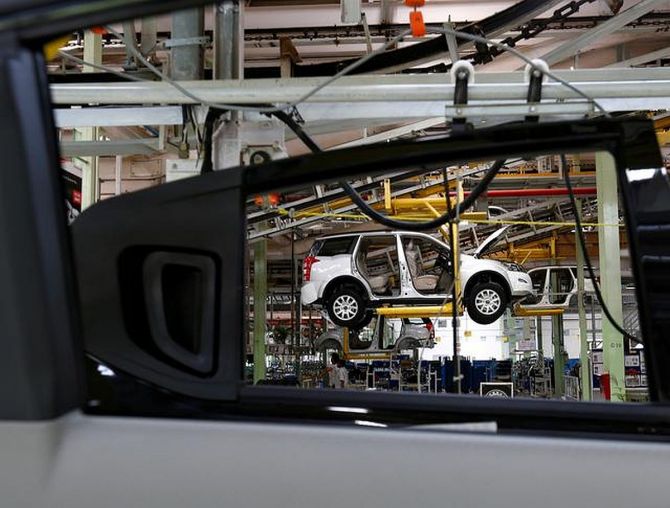 According to the latest data by the Society of Indian Automobile Manufacturers (SIAM), two-wheeler sales also rose 16.88 per cent to 20,53,814 units, compared with 17,57,180 units in the same month last year.

"The month of October saw continuity in sales growth trajectory, drawing on from the previous month.

Three-wheelers saw a slight improvement in sales, compared to the last month, however, it has still registered a de-growth of 60.91 per cent, over the corresponding month of last year, he added. "October wholesale numbers have been good on account of dealers preparing to serve demand for the upcoming Diwali festival, which is in November this year," Menon said.

During the month, wholesale of Maruti Suzuki India stood at 163,656 units, up 17.64 per cent from the same month last year.

In the two-wheeler space, Hero MotoCorp wholesale stood at 791,137 units in October, up 34.78 per cent from the same month last year. TVS Motor Company saw its wholesale increase by 19.27 per cent to 301,380 units last month as compared with the same month last year.

Earlier this week automobile dealers' body FADA had reported an 8.8 per cent dip in passenger vehicle (PV) retail sales in October at 249,860 units.

According to the Federation of Automobile Dealers Associations (FADA), which collected vehicle registration data from 1,257 out of the 1,464 regional transport offices (RTOs), PV sales stood at 2,73,980 units in October 2019.