News
Business
Movies
Sports
Cricket
Get Ahead
Money Tips
Shopping
Sign in  |  Create a Rediffmail account
Rediff.com  » Business » 'When people are about to die of hunger, you have to step in big time'

'Most of the measures the finance minister announced will take effect after the lockdown.'
'By that time, millions of people will be starving.' 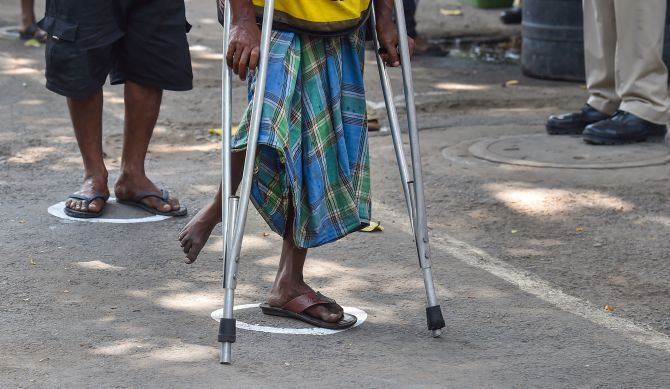 Jean Dreze, the renowned Belgian-born Indian economist, says migrant workers do not feel safe and that is why they are desperate to go back home.

Dr Dreze tells Indivjal Dhasmana the Centre's new order that labour should stay where it is will be difficult to implement.

Why do you say the decision to lock down the entire country was not taken with proper planning?

The term 'lockdown' is misleading. It is more like a curfew, or an attempted curfew. The prime minister said so in so many words on March 22.

Few countries, if any, have such a harsh lockdown.

The lack of planning has made things worse. There was no mention of any relief measures in the lockdown announcement.

The crisis of migrant workers also took the government by surprise.

The lack of planning, followed by ad hoc damage control, brings up memories of demonetisation. But this situation is much worse.

Have the governments mismanaged the issue of the movement of labour and other poor people?
Will the Centre's new order that labour should stay where it is and the states must take steps to ensure their well-being there be effective?

To be fair, few people anticipated the migration crisis.

Migrant workers should have been given time to reach their homes, or support to stay in place. The Centre did neither, precipitating a humanitarian and health crisis.

To make things worse, many migrant workers were dealt with in an authoritarian manner, making it hard to count on their cooperation from now.

The new order will be hard to implement.

Why do you say that the Rs 1.7 trillion package, announced by Finance Minister Nirmala Sitharaman, is inadequate?

First, it is not Rs 1.7 trillion -- maybe Rs 1 trillion, after you discount the padding and creative accounting.

Second, the transfers to poor households are too small.

Households without a ration card will get just Rs 500 per month if they are lucky to be among the recipients of cash transfers to Jan Dhan Yojana accounts. It is impossible for a family to live on that.

Third, there is no provision in the package for emergency relief, whether for migrant workers or for those who fall through the cracks of other measures. That is the biggest priority right now.

Is there any issue with the package related to the public distribution system (PDS)?

The big issue is whether the PDS is going to hold.

With the economy at a standstill, state administrations under stress, and public employees scared of infection, it may be difficult for the PDS to function or rather to function well.

Any gap in the chain could expose large numbers of people to hunger.

Another serious problem is many poor people are still excluded from the PDS.

What about issues with cash transfers?

Cash transfers can help in this situation, but most people underestimate the challenge of disbursement. I have not seen any serious discussion on it so far.

Poor people generally don't have access to fancy payment systems like Paytm or even ATM cards. To withdraw cash from their bank accounts, they depend primarily on bank counters and their outposts, called business correspondents.

But the business-correspondent system is a health hazard at this time because it is based on fingerprint authentication.

If business correspondents are out of work, there is going to be a big rush to the banks as soon as the lockdown is relaxed. The banks will be jammed, much as happened after demonetisation.

If the people are unable to withdraw money from their accounts, what is the use of cash transfers?

All this can probably be sorted out, but it requires careful planning, and it does not seem to be on the government's radar screen.

What else should be done beyond the package?

The biggest gap in the finance minister's relief package is support for emergency assistance to people at risk of hunger.

Most of the measures she announced will take effect after the lockdown. By that time, millions of people will be starving unless they have access to emergency assistance.

Even after the lockdown, many people will be excluded from the relief package because they don't have, say, a ration card or an Aadhaar-linked bank account.

Emergency assistance could take different forms such as feeding centres, distributing take-home rations, and emergency funds with gram panchayats. Many state governments are working on this, but they need resources from the Centre.

States are executing their own packages. However, they are limited in scope because of a slowing economy and hence less transfer from the Centre, including compensations for losses arising out of low goods and services tax (GST) collection.
How would they incur such huge expenditures?

There isn't much the states can do in a hurry, on their own, to mobilise additional resources.

The supply is insufficient. What should the government do to not allow prices of essential commodities to rise?

Restrictions on the production, harvesting, processing, transport and marketing of food should also be removed.

It is startling to hear that in some places people have been prevented from working in the fields or going to the forest.

Even from the narrow point of view of containing the virus, it is probably better for them to be out there than in their overcrowded homes.;

Do we forego fiscal deficit targets for now and work on a new medium-term fiscal-consolidation road map?

Yes, I think so. When people are about to die of hunger, you have no choice but to step in big time.

In any case, the normal rules of fiscal prudence do not apply in a situation like this.

When the lockdown ends, India will be in a situation of huge excess capacity and lack of effective demand. This is the sort of situation that calls for a large fiscal stimulus.

Many countries have already launched much larger fiscal stimulus packages than India, some of them as large as 10 per cent of GDP. The Indian economy cannot dispense with a shot in the arm. 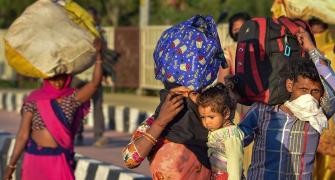 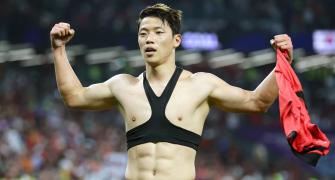 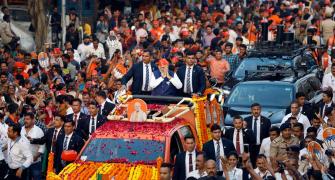