And if there are so many opportunities, why haven't they invested in them, asks Debashis Basu. The Securities and Exchange Board of India on September 11 came up with a fatwa.

By January next year, multi-cap equity funds must invest a minimum of 75 per cent in equities, up from 65 per cent, with at least 25 per cent each in large-caps, mid-caps, and small-caps.

This has sent shockwaves, not just through the fund industry and equity fund investors but the entire equity market. Here is why.

Most of the multi-cap money is invested in large-caps. If multi-cap funds are forced to make a 25 per cent allocation each to large-, mid-, and small-caps, they will have to sell massive amounts of large-cap stocks and buy equally large amounts of mid- and small-cap stocks. How large is this?

Assets under management of multi-cap funds are Rs 1.53 trillion. This means funds will need to have 25 per cent of that in small-cap stocks, which means putting in over Rs 38,000 crore (Rs 380 billion).

Is this practical? How big is the small-cap universe?

According to the Sebi classification, the top 100 companies in terms of market cap are large-caps, the 101st to 250th are mid-caps, and 251st onwards are small-caps.

The market capitalisation of the 251st to 500th company is Rs 9 trillion. Most of them are not investment-worthy.

Even if they were, there is no liquidity. Promoters own 50 to 75 per cent of the capital.

Where will multi-cap funds find small-caps to invest such large amounts?

And if there are so many opportunities, why haven't they invested in them? Here is another bit of data.

This means a sum that is 50 per cent greater than the current assets of small-cap funds will now have to be additionally bought by multi-cap funds from a list of small-cap stocks.

Is Sebi trying to create a small-cap boom by issuing a fatwa? It certainly sounds like the Greek mythological story about Procrustes's bed.

In the Greek legend, a robber called Procrustes had an iron bed, on which he compelled his victims to lie down.

Sebi is attempting to fit multi-cap funds into its own version of Procrustes's bed by forcing funds to stretch their asset allocation or close them. (From this legend comes the adjective Procrustean, which is a framework of enforcing uniformity without regard to natural variation or individuality.)

Why has Sebi issued a Procrustean fatwa? Because multi-cap funds are apparently multi-cap only in name. They hardly invest in small-caps.

I checked the largest multi-cap fund, Kotak Standard. It had a 75 per cent allocation to large-caps at the end of August. HDFC Equity Fund, which has more than Rs 17,000 crore (Rs 170 billion) of assets, has 86 per cent invested in large-caps. The same is the story for all multi-cap funds.

Hence, Sebi felt multi-cap funds must justify their names. Critics would say they are designed to give flexibility to the fund manager to move from small-caps to large-caps -- depending upon market opportunities.

Well, that is only on paper. As we have repeatedly shown in Moneylife, such flexibility is bunkum.

Over the past two years, the Kotak multi-cap fund had over 70 per cent in large-caps in every single month, except for six months in January-June this year.

It never found an occasion to invest 50 per cent in mid-caps and small-caps.

Funds are ultimately prisoners of the market ecosystem. If small-caps are illiquid, how the hell are they supposed to buy them?

Without understanding these constraints, the media has declared that the '(b)roader market awaits Rs 40,000-crore bonanza as Sebi tweaks multi-cap fund rules' or variants of this sweeping prediction.

I am afraid it is the market situation alone that will determine whether Sebi's fatwa works or not.

And as I mentioned, there are very few large, floating small-cap stocks worth buying.

If there were such stocks available, funds would have bought them -- they don't need Sebi to teach them that quality small stocks deliver much higher returns than quality large-caps. (Some time back, some small-cap funds had stopped taking new inflows since there weren't enough opportunities.)

So assuming that multi-cap funds will not rush out and chase illiquid small-caps at higher and higher valuations, they will not fit into Procrustes's bed.

So there are two possibilities: One, they will lobby and Sebi may relax the rules a bit.

Two, if that does not work, they will merge their multi-cap funds with large-caps.

There is also a third option. In the Greek legend, ultimately Procrustes was slain by his own method by the young hero Theseus.

In the modern day, Theseus is the market.

Investing in mutual funds? Read this!

Mutual funds you must buy, hold or exit 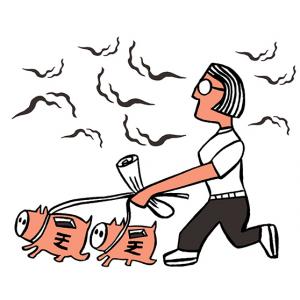 These MFs can create wealth for you