Banks can collapse, markets can be rigged, investment instruments can become worthless overnight, auditors can fail to blow the whistle, board directors can be asleep, and regulators can be incompetent, notes T N Ninan. 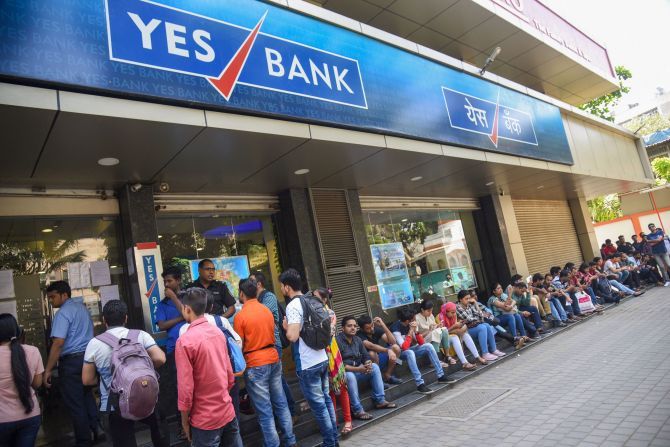 In Mind without Fear, Rajat Gupta tries to make out that he is a victim and not a culprit.

The ex-McKinsey boss contends that New York prosecutors went after him because they could not catch the big fish in the financial scandals of 2008, and therefore wanted to show success in chasing smaller fry.

It is, of course, true that the 'masters of the universe' (in Tom Wolfe's evocative phrase) who ran the big investment banks were involved in chicanery and fraud, and got away, but that is nothing new.

More often than not, the big financial fish are Teflon-coated.

The rigging of the Libor (London inter-bank offered rate) market, crucial for setting interest rates, went on for more than two decades.

Yet only a single UBS trader was penalised.

Similarly, after the 2008 financial collapse, a single small-timer was convicted for illegality -- as a footnote in the film version of The Big Short informs us.

In India's age of financial scandal, with YES Bank and the incredible Rana Kapoor in focus, no questions are being asked of its board of directors and senior management.

It's no different with the 2018 collapse of IL&FS; key players have not yet been questioned, let alone prosecuted.

Indeed, India's prosecutorial establishment would collapse under system over-load if all the mountebanks in the system had to be brought to justice.

So who do you trust with your money, if a single individual can bring down a longstanding firm -- as can happen only in the financial world?

Remember the collapse of Barings because of a solitary rogue trader in Singapore.

In the opposite scenario, why do regulators stand by while a whole institution gets corrupted?

Consider the venerable Deutsche Bank, once a pillar of the German establishment.

As David Enrich has detailed in his newly released Dark Towers, Deutsche Bank was involved in everything from money laundering and manipulating markets to violating international sanctions, and from getting into bed with Russian oligarchs to bribing public officials while deceiving governments and regulators.

As Indian savers and investors are learning, the financial world is a dangerous place.

Banks can collapse, markets can be rigged, investment instruments can become worthless overnight, auditors can fail to blow the whistle, board directors can be asleep, and regulators can be incompetent.

But why worry, when Indians have their safe harbour: The public sector banks? Except that building that safe harbour costs money, lots of it.

When the State-owned banks ran into trouble five years ago, the government announced what it called the most comprehensive reform package since the 1969 bank nationalisation.

Five years later, the government has pumped in five times that sum, with more likely to come.

Savers have their safe harbour so long as the taxpayer picks up the bill.

In any case, private banks too are safe since India has no appetite for bank failure.

A number of private banks have disappeared into the embrace of other banks, sometimes voluntarily but mostly not: Global Trust Bank, Centurion Bank, Times Bank, etc.

Fortunately, they were small banks that could be digested.

What if the system were really tested? Already, the government finds it has no fiscal room for a war-chest.

It has been said that what the system needs are better managers, so the public sector banks should hire from the private sector.

Perhaps, but Rana Kapoor spent many years in Bank of America; he was succeeded at YES Bank by a hapless official from Deutsche Bank; and IL&FS was run by an ex-Citibanker.

When multiple and varied shenanigans put trust at a discount, there is no silver-bullet solution.

Instead, boring things need to get done, like improving market intelligence and responding to early warning signals, improving accountability and the efficacy of prosecution, understanding structures and inter-dependence.

Only then will confidence get rebuilt.

So the Reserve Bank has much to think about, apart from questions to answer.

Still, when 'the main thing about money', as the one-liner in Wall Street goes, 'is that it makes you do things you don't want to do', the financial world is always ripe for the next scandal. 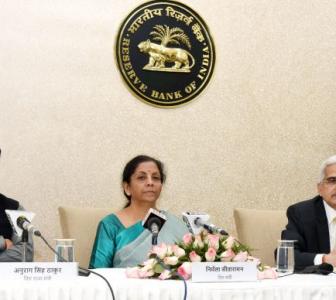 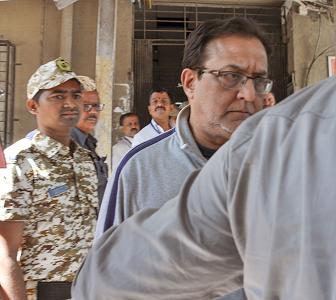 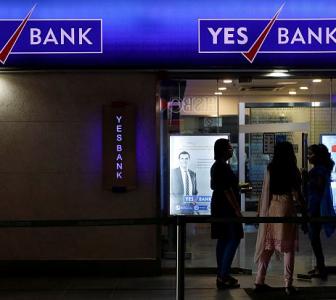